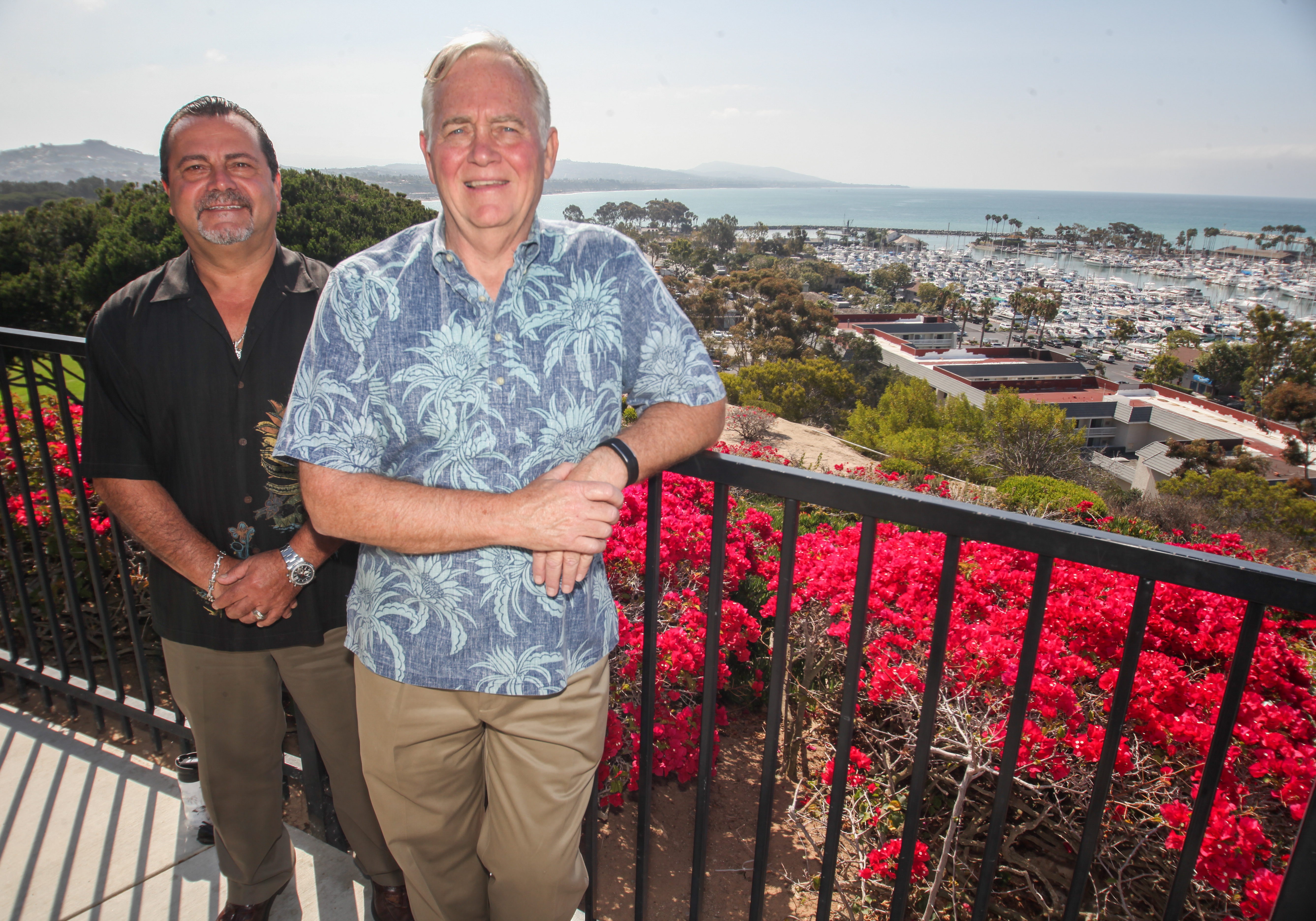 When restaurants provide good service, it’s usually an indicator of quality. For two Dana Point businesses, The Coffee Importers and Brio Tuscany Grille, service goes beyond just what gets put on a table. Now both restaurants have been honored as Small Business of the Year for 2015 by two of the area’s elected officials last month in Sacramento.

The Coffee Importers and owner Jim Miller received the award from Sen. Patricia Bates for the 36th Senate District, which stretches from Mission Viejo to Carlsbad. Brio and its owner, Enzo Scognamiglio, received the award for the 73rd Assembly District from Assemblyman Bill Brough. The district includes nearly all of south Orange County south of Lake Forest.

In releases announcing the award, both legislators specifically called out the dedication to public service exhibited by both businesses.

“Jim Miller, The Coffee Importers’ owner, deserves enormous credit for not only providing good coffee to his customers but also for his strong civic engagement, such as being a driving force in the revitalization of the Dana Point Harbor,” Bates stated in the release. “The harbor is now a stronger recreational resource for South Orange County because of people like Jim.”

Bates especially singled out Coffee Importers’ hosting of the monthly Coffee Chat, which is sponsored by the Dana Point Civic Association, as well as for donating coffee and other products for community events.

Brio was also recognized for its own charity efforts, which include support for the Capistrano Unified School District Foundation.

“Enzo is a great example of how a small business owner can strengthen our economy and community,” said Brough in a release. “Through his charitable leadership, our school district has received tremendous support from our business community.”

Heather Johnston, executive director for the Dana Point Chamber of Commerce, said that having two local businesses receiving awards was something special.

“It’s a state-recognized award, and for Dana Point to receive two recognitions is a fantastic honor,” Johnston said. “It’s a testament to the type of small businesses we have here. We have business owners who care about the community and also run successful businesses.”

Both men have been long time Chamber members, and Miller was the recipient of the organization’s Citizen of the Year award for his and his business’s work in the city.

The Coffee Importers: Staying True to a Vision

When The Coffee Importers opened in 1979, Miller said it wasn’t even his full-time concern. He was then working in Chicago and his parents, Bob and Bea, wanted to open a coffee shop.

“I said, ‘What are you talking about? Is this a Denny’s?’” Miller recalled. “They said, ‘No, it’s an espresso bar.’ I was in the restaurant business, and there weren’t a lot of espresso bars around in ’79.”

Miller helped get the business started, but stayed in his corporate job to help support the shop. Within a few years, he said, his parents called again, with a happy problem to have.

“They called and said, ‘You’ve got to come down here, we can’t do this anymore. It’s gotten too busy,’” he said. Miller came down, not sure how long he’d be in Dana Point.

“I never left,” he said. “It’s been awesome. There have been some difficult times, some great times. You just keep plugging away and it pays off in the long run. You have to be patient and stay involved in the community, and it seems to pay off in the long run.”

Miller said he was grateful to be recognized, especially given the size of Bates’ district.

Miller said while at the luncheon honoring the recipients of the award, he and Scognamiglio got the opportunity to talk to a number of other business owners and speak with legislators and other office holders who spoke to them about the value of small business.

“We got to listen to all the different businesses and learn about what they do,” Miller said. “It’s amazing what other businesses do. There are a lot of great businesses doing really hard work. And it was impressive to be among them.”

Miller said he was also grateful that, nearly 30 years later, The Coffee Importers remained faithful to its original vision.

“We wanted to be a gathering place, a place where people can come and talk and visit, come and go, stay or leave,” he said. “It wasn’t a place you needed a reservation. There would always be a place to sit. That’s why we have so many tables, because we wanted people to know they could have a meeting here, a little talk over there, a birthday celebration, get-togethers, whatever it is. And that’s what people do here.”

Scognamiglio said Assemblyman Brough was a frequent diner at Brio, and had become a personal friend as he began his political career. He closely followed Brough’s campaigns, first for City Council in 2010, and then while he ran for the Assembly seat vacated by Diane Harkey in 2014.

“He’s a straight up guy,” Scognamiglio said of Brough. “He really cares about his community and isn’t a typical politician. That’s why I really, really liked him.”

Earlier this year, Scognamiglio said, Brough was at the restaurant with his wife and children, but pulled him aside to say he was going to put his name in for the award.

“I didn’t even know what it was, but I kind of had a hunch (about receiving the award),” Scognamiglio said.

Like Miller, Scognamiglio said the event in Sacramento made him feel especially proud of what he’d been able to accomplish.

“I didn’t think I’d be humbled, but there were about 500 people in this room, and I felt honored,” Scognamiglio said. “They use the word honoree and you really feel honored. There are all these senators, state assemblymen and legislators, a bunch of smart people. It’s a great feeling, it really is.”

There was also the opportunity to meet with fellow restaurateurs, Scognamiglio said. He also said he enjoyed meeting some of the other legislators.

“I thought these senators and assemblymen would be very hard-nosed, but they were very friendly. It was very comfortable.”

Scognamiglio grew up in Naples, Italy, and came to the United States aboard a cruise ship as a waiter before “dropping anchor” in Miami, where he began his career in restaurants.

“Miami was nice, but everyone was talking about California back in the old days,” he said. “I came to Hollywood, didn’t like it. I came down here to the Harbor and told my wife, ‘That’s it. We’re moving down here.’”

Brio opened about 20 years ago, ultimately spawning other locations in Laguna Beach and Corona del Mar. Scognamiglio also opened up several Subway franchises before deciding to slow down and concentrate on the Dana Point location.

“I was driving 100 miles a day, and I wasn’t really managing anything. I was just a driver,” he said.

Scognamiglio said he and his wife Jill will make that connection even stronger by moving to Dana Point next year.

In addition to the CUSD Foundation, where he serves on the board, Scognamiglio has also helped raised funds for the Pediatric Brain Tumor Foundation and cancer societies among other efforts, such as organizing Catalina trips for underprivileged children. He estimated that about 40 percent of his time was spent raising funds for those organizations.

“You don’t do that stuff to be recognized. You really feel good, and you don’t need anybody to tell you the impact it has,” Scognamiglio said. “You don’t see the kids, but you know they enjoy it. But this time, when you are recognized, you get to look at the biography and go ‘Oh my God. I did quite well.’ You don’t start like that, but you end up with that feeling, that you’ve done something right because it’s the right thing to do. And when your kids hug you and say, ‘Dad, good job.’ I’ve done my job.”

Andrea Swayne contributed to this story.