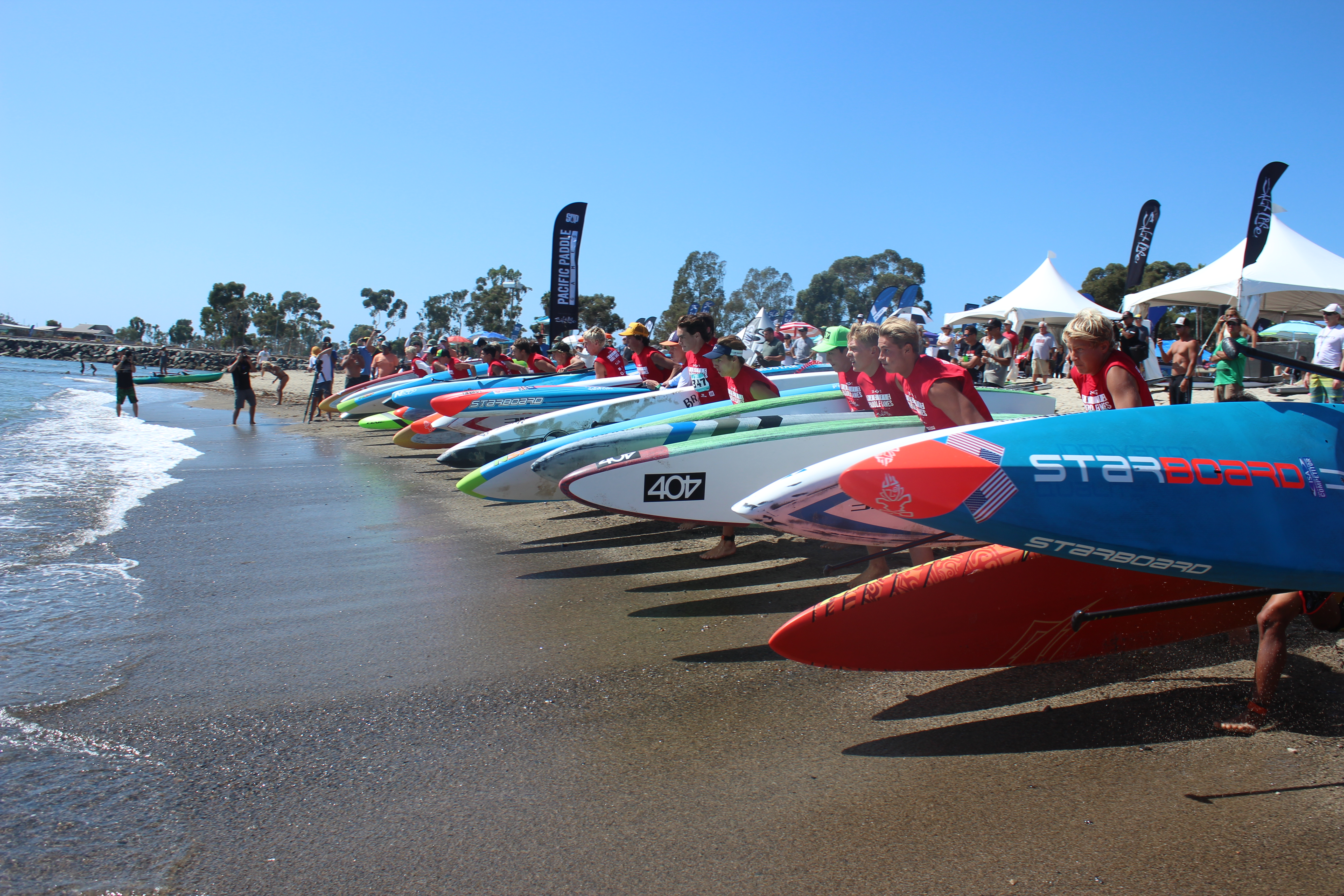 Doheny State Beach welcomed the stand-up paddleboarding world over the weekend, as the third installment of the Pacific Paddle Games, the largest celebration and gathering of the SUP community, was contested over the two-day stretch.

The Games featured closely contested SUP races, both in the technical and distance variety, along with open division contests for paddlers of all ages and skills.

Check out a video of the event here:

After a full day of seeding heats on Sept. 30, the finals for the professionals were held on Oct. 1 and they delivered plenty of excitement.

Baxter battled his way to a win in the men’s pro technical race, where he was pushed to the limit by Australia’s Lincoln Dews. Dews, 21, chased down Baxter late in the race, which features paddlers navigating through buoys, and the two were side-by-side for the final 10 minutes. It came down to a sprint through the surf and up the sand to the finish line and Baxter won, finishing just two seconds ahead of Dews.

Anderson dominated in both the technical and distance categories.

The New Zealand native cleared the next closest competitor, Fiona Wylde, by 23 seconds in the women’s pro distance race.

The Kiwi saved her best performance for the technical finals.

A SUP youth movement would be a theme throughout the Games, as a young class of paddlers showed they were ready to compete on the big stage. Baxter, Dews, Piana, Foudy, Wylde and Titouan Puyo all reached the podium in the professional division and all six paddlers are 26-years-old or younger.

The list of the top-3 finishers in each professional SUP division: