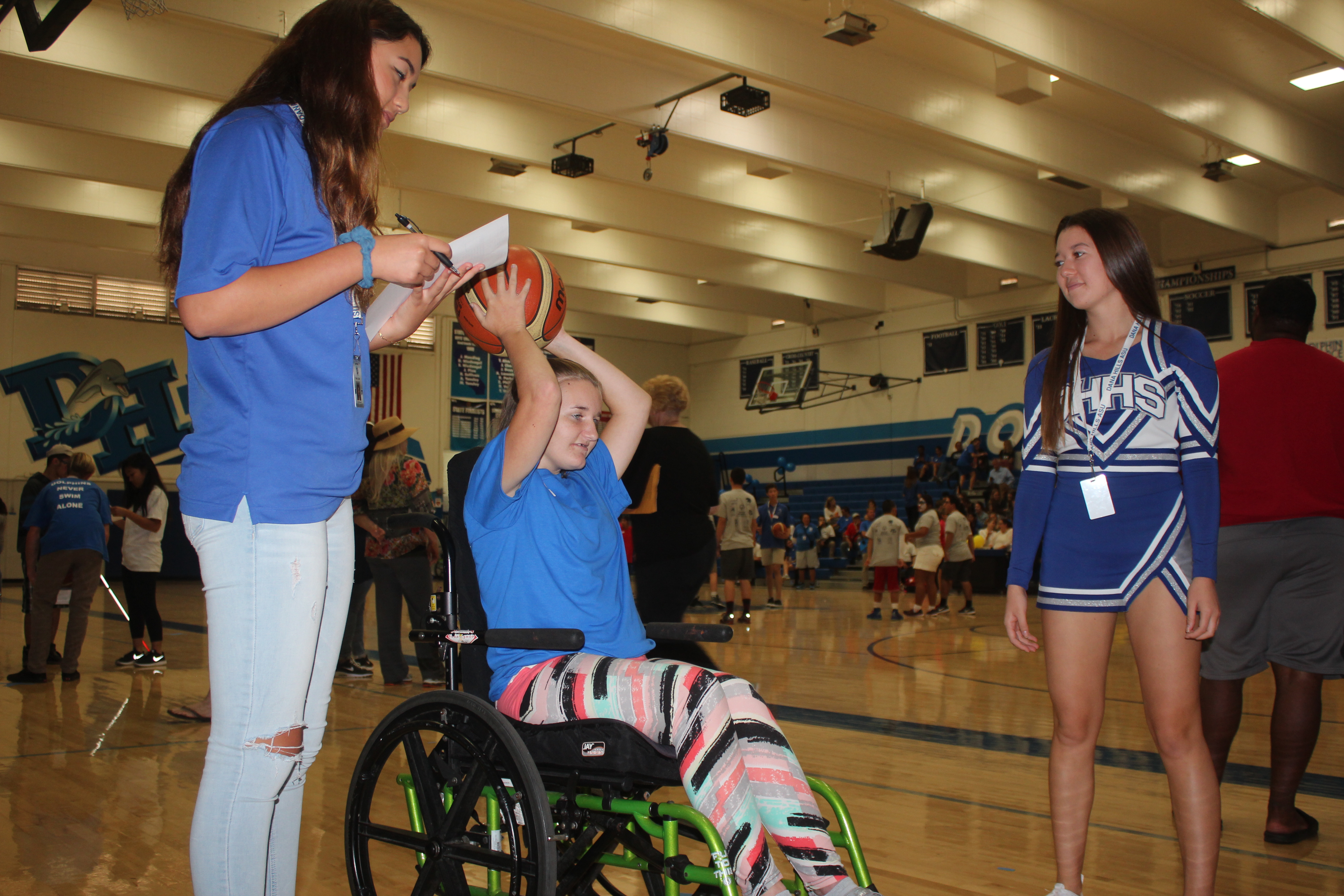 Over 200 students from across the Capistrano Unified School District were given Olympic-style treatment at Dana Hills High School on Nov. 7 as part of the district’s Fall Special Olympics event.

An estimated 268 Dana Hills student volunteers were on hand to assist the student-athletes, and helped organize games and activities. The event was organized by the Dana Hills Associated Student Union and the Best Buddies Program. There were also dozens of teachers, staff and parent volunteers on hand.

The day kicked off in the gymnasium, where students were given a reception worthy of the Opening Ceremonies. Music blared and there were plenty of high-fives to go around.

Among the highlights of the day were free-flowing basketball games inside the gym. Students and parents sat in the stands and cheered every made basket and thoughtful pass. The student-athletes also got to play pick-up soccer games on the field at Dolphins Stadium. Dana Hills cheerleaders were there to guide some students and teach them popular cheers heard at football games.

The event has become a staple on campus at Dana Hills, and organizers are already in the process of planning the upcoming 2017 Spring Special Olympic track and field games.