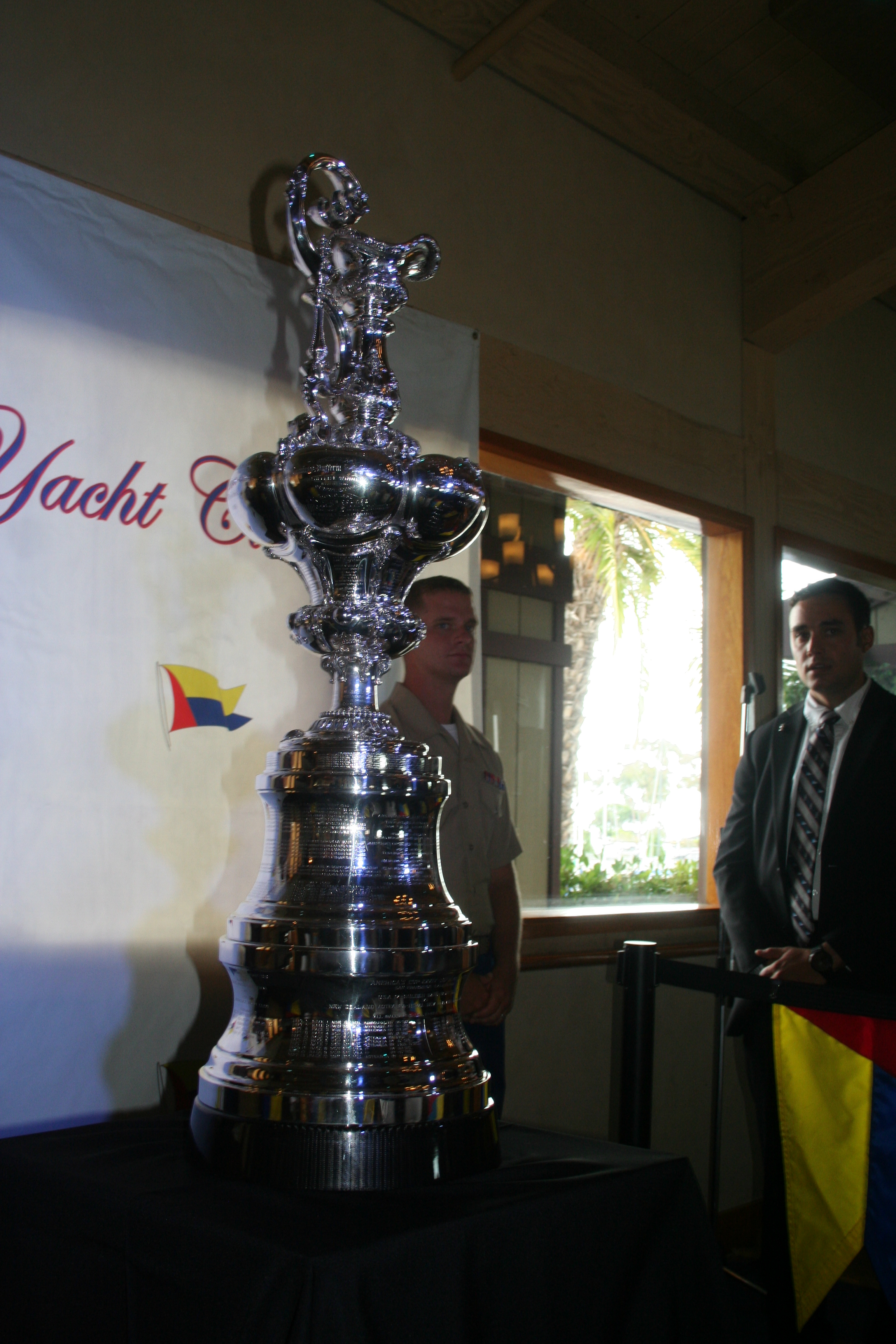 The Dana Point Yacht Club received one of the most prestigious, and oldest, trophies in all of sport on Saturday, July 19. The 163-year-old Auld Mug, awarded to the winner of the America’s Cup sailing race, stood center stage in the club’s reception area, flanked by Marines, for visitors and members to admire and take photos of.

Norbert Bajurin, the commodore of the Golden Gate Yacht Club, was on hand in Dana Point to showcase the trophy and give a brief history of the event and describe how Oracle Team USA pulled off the victory.

The trophy dates back to 1851, when the vessel America out of the New York Yacht Club, defeated a British vessel in a race around the Isle of Wight. The race was soon renamed after the American ship.

The top part of the trophy, which stands at about four feet in height, is the original piece of hardware that was handed over to the winner of the race more than a century ago. Bajurin described how several years ago, while on display, the trophy was intentionally damaged as a form of political protest.

During the presentation, Dana Point Yacht Club commodore Dave Griffin awarded Bajurin with an honorary membership to the yacht club.

Those in attendance were also able to view and set sail on an exact replica of the original America boat.