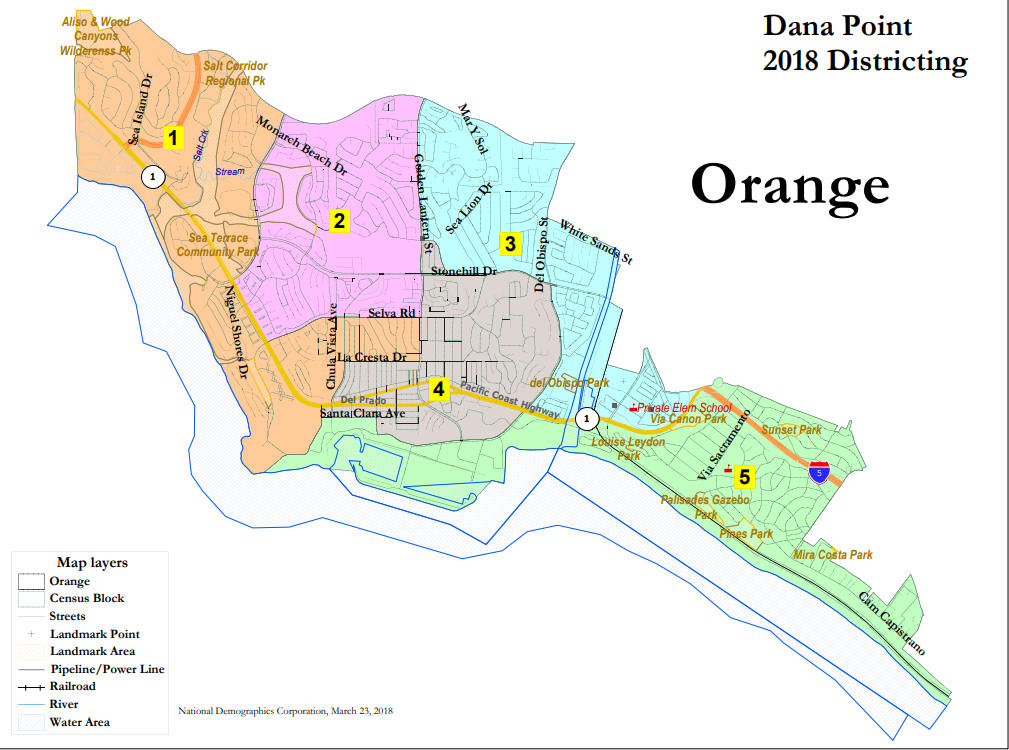 On March 27, National Demographics Corporation (NDC) released six draft district voting maps for Dana Point. Four of the maps—tan, violet, orange, green—outline a move to five-district voting, where each district would vote for their representative every four years. Two more maps—oak and pine—outline four voting districts with at-large voting for a city mayor.

On Tuesday, April 3, and then again on Tuesday, April 17, Dana Point City Council will hold public hearings to solicit input regarding the content of the draft maps and the proposed sequence of elections.

An interactive map, hosted by National Demographics Corporation, can be viewed here.