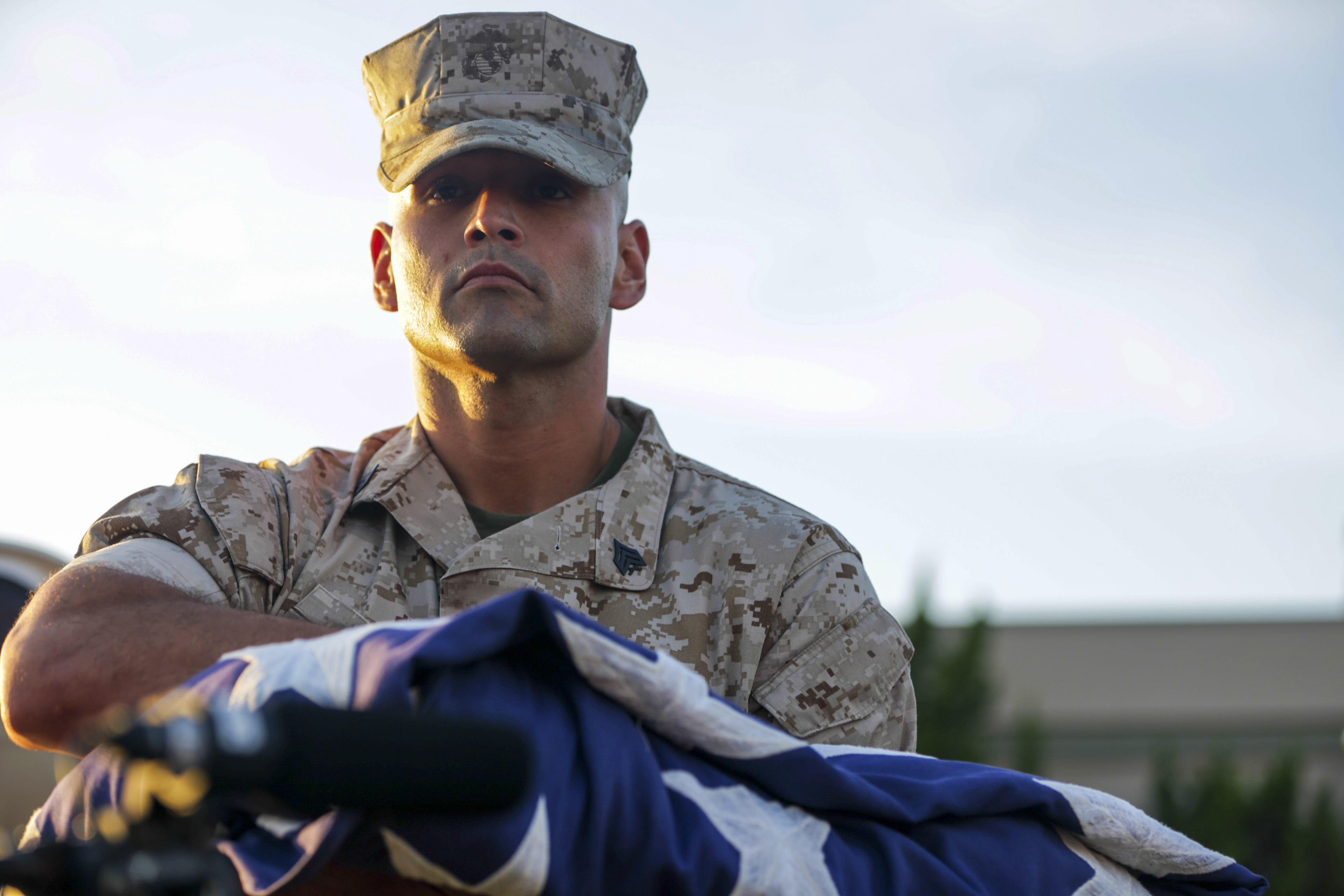 The old colonel wears a baseball hat that says “Vietnam Veteran” on it, with colorful ribbons that indicate wartime triumphs and bravery stitched between the words.

“I wear this hat a lot, and anywhere I go wearing this hat, people will come up and say ‘Thank you for your service.’ Historically, they know what happened to us when we got home,” the old colonel said.

What happened when he got home from Vietnam—he, Col. Joe Snyder from the Blue Ridge Mountains of North Carolina, helicopter pilot who ran 1,200 missions in 13 months, who spent 25 more years in the Marines, and who, yes, was your Dana Point two-term mayor some decade or so ago—what happened when he returned from fighting in Vietnam was the deafening hum of radio silence.

Snyder flew back to his family in Asheville, North Carolina, after a day or two in Santa Ana. Not seeing his family, not being home, not being away from war—nothing could free him.

“We landed at the airport in Asheville, and I couldn’t get off the plane. I don’t know. I couldn’t get off the plane. My family was inside waiting, and the crew finally came back and said, ‘You gotta get off,’ and so I did, and I met the family and everything, but that’s kind of when I went into silence. I didn’t talk about the war for 15 years, and that’s not uncommon.”

Seated beside the old colonel one recent morning before Memorial Day was Jessica Nguyen, who started to speak about art.

“They always have a story, and we consider art a therapy that they can express what they cannot say or whatever they’ve experienced on the battlefield,” she said.

Nguyen’s father was silent about war, too. It took him a decade to talk about the seven years he spent as a prisoner of war in a North Vietnamese prison.

“They tortured him,” she said, but added that “it was the same journey every war soldier has to go through.”

Because Nguyen’s father was a POW, he was treated as a political prisoner and the U.S. sponsored the family’s relocation to the U.S., to California. Nguyen says they were first offered the program in the mid-’80s, but her father thought it was a trap set by the North Vietnamese and so they waited years until he could confirm the offer was legitimate.

Years later, Nguyen connected with Snyder, who had moved to Dana Point, at a Vietnam War memorial ceremony. Together, they founded Torch 1975, a Capistrano Beach-based nonprofit organization with the goal of providing services for returning veterans. They learned immediately the power that creating and sharing art has to give veterans a voice.

“You have the emotions inside, but if you can do something to express those emotions without having to talk to a psychiatrist is extremely beneficial,” Snyder said. His comment is an allusion to the truth that veterans rarely seek professional help—it shatters their tough self-image and, oh, a therapist wouldn’t understand anyway—but that bred bravado, a seen-it-done-it callous, is what directly contributes to 22 veterans committing suicide every single day in the U.S.

“The more veterans that we ran into, we saw the benefits of art whether it was photography or painting or ceramics,” Snyder said. “There’s all different kinds of art and it all helps. If you’re gong to make a vase or something, you get involved and then you forget about everything else.”

Torch 1975 holds popular monthly art classes that are free for veterans and their spouses. They also hold an annual art competition, where veterans and their family members can submit their work, and share the stories behind their pieces. Making art is meditative therapy; sharing it is group therapy—and it all helps, Nguyen says.

“This is veterans helping veterans,” she said. “It’s a unique experience. When we had the awards last year, we had full house, and the majority of the audience were veterans. When the artists tell a story about their piece, you can hardly hear a pin drop because every veteran has a different story and the artists convey different aspects of the battlefield.”

Nguyen remembers an entry from a veteran who was 100 percent blinded in combat, and who painted a portrait of a lighthouse. Snyder remembers the story of a veteran who used art to give him a new life.

“He’d done about four tours in Afghanistan and Iraq and every tour he had this friend with him,” Snyder said. “Then they came home after the last tour, and about 30 days after that, his friend committed suicide.

“This was a guy who they’d just given up on, and then he went to this photo class, and as soon as he looked through the lens, it reminded him of looking though the barrel of a rifle, and it clicked. He made remarkable progress,” Snyder said. “Art saved his life.”

In their contests and classes, Snyder and Nguyen have seen sculptures, paintings, ceramics, photography, comic books and other media in all different styles made by people of different skill levels. There are veterans from World War II all the way up to Iraq and Afghanistan War veterans. The organization also provides scholarships to children of veterans, and buys travel tickets for veterans so they can visit their families on breaks.

Organizations like Torch 1975 mark a very different cultural landscape for returning veterans, Snyder says, and it’s important to continue to cultivate a culture of acceptance for those returning from war and their families.

Snyder, the old colonel, remembered walking into some sterile restaurant in Santa Ana just three days after leaving the battlefield in Vietnam and looking up at the TV. After listening for a few minutes, he was resigned to believe, “They just don’t give a damn.” Now, at the end of the conversation, Snyder points to a Starbucks employee in a camouflage shirt making a drink in front of an American flag valance. He is silent but nods, using pictures, not words, to express what he, the veteran, is feeling.

For more information on Torch 1975, or to register to volunteer with the organization, visit www.Torch1975.org