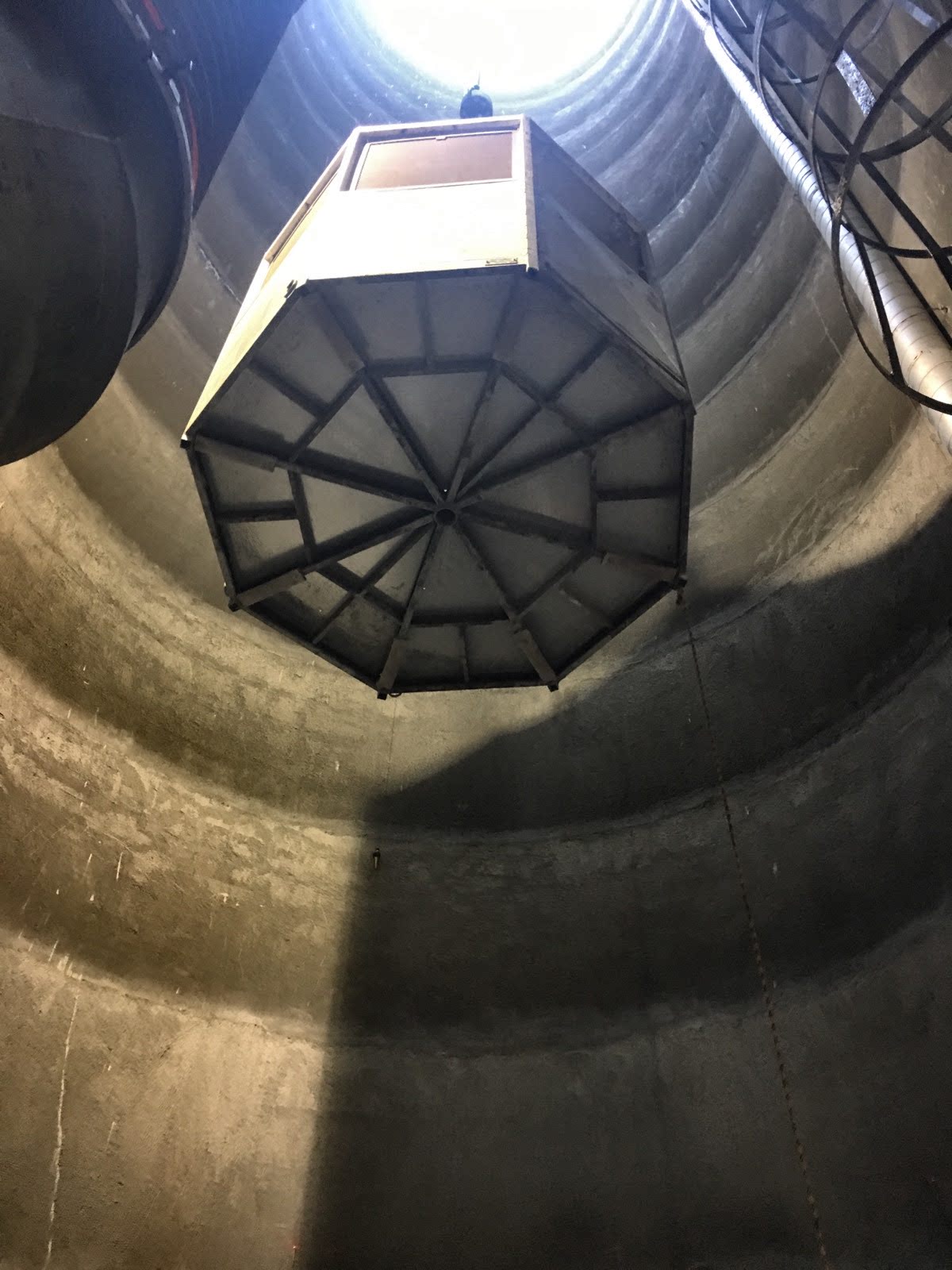 Out of Sight, Out of Mine: First phase of $100 million tunnel project comes in under budget, ahead of schedule

Just off 4th St. in South Laguna Beach near Mission Hospital there is a house that appears to be as the others; with the exception of a large electric crane in the backyard.

Entering the backyard of this inconspicuous “house,” which is actually South Coast Water District (SCWD) base of operations, it is revealed that the crane is there to drop an approximately 8 feet by 8 feet octagon shaped metal cage carrying human cargo into the vertical shaft below.

Dana Point Times joined Joe McDivitt, Chief Operating Officer of South Coast Water District, David Neil and Kevin Kilby of Parsons, the project management company in charge of the recently completed Phase I of the Tunnel Sewer Stabilization and Pipeline Replacement which included a change order for an additional 311-feet of tunnel work in the southerly direction.

It is the end of the first phase of a five-year 100 million dollar tunnel project in South Laguna Beach.

Phase I construction began in March of 2016 and included the creation of a new access shaft (104 feet deep and 20 feet in diameter) and a new access tunnel under Pacific Coast Highway from the shaft to the existing sewer tunnel (approximately 340 feet long) including the intersection. The contractor Drill Tech stabilized and enlarged approximately 611 feet of the existing sewer tunnel, which included the change order work. Phase I work was completed significantly ahead of time in February 2018. To keep construction progressing during the bid process and award for Phase II, SCWD awarded a change order to stabilize an additional 311 ft. of the tunnel.

The 64-year-old tunnel currently houses a gravity sewer that provides wastewater service for the northern portion of Dana Point and homes along the west side of coast highway at Three Arch Bay and in South Laguna. It is buried approximately 50 feet beneath the bluff from Three Arch Bay to Aliso Beach. The tunnel, located 20 to 30 feet from the edge of the cliffs, and underneath multi-million dollar homes, could potentially have a pipeline break that could take 36 hours or longer to control and allow over 800,000 gallons of sewage to flow into a federally protected marine life habitat. This tunnel project ensures structural and environmental protection by replacing the entirety of the aging Techlite piping with an entirely new pipe and tunnel built on a concrete encasement directly on top of the existing tunnel. A diagram of the structural enhancements can be seen on www.danapointtimes.com .

Built in 1954, the tunnel became an innovative engineering model because it relies solely on gravity flow, which eliminates costly and unsightly infrastructure, including unnecessary lift stations and several thousand feet of sewer mains.

SCWD spent over $500,000 in site improvements in response to public concerns including a sliding gate and utilization of an electric crane instead of diesel. An electric crane was used to avoid any possible health effects that could be caused by prolonged use of a diesel crane.

To learn more about the project visit scwd.org or visit the project’s Facebook site at https://www.facebook.com/SouthLagunaTunnelProject.