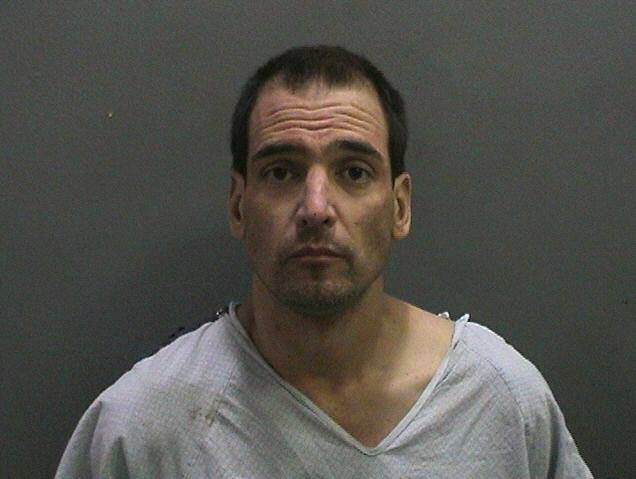 Prosecutors filed 10 felony charges Tuesday against a suspect accused of attacking a Dana Point man with a crossbow, fire extinguisher and gun before leading multiple agencies on a more than five hour manhunt near the San Onofre nuclear plan this weekend, officials confirmed.

Julian St. John, 49, from Orange is being held in Santa Ana on a $2 million bail, according to the District Attorney’s Office. Prosecutors filed charges for attempted murder, assault with a deadly weapon and evading officers while driving recklessly, among others.

St. John is accused of being involved in a Sunday morning incident that left one man injured and sent Orange and San Diego County deputies, U.S. Border Patrol Agents and U.S. Marine Corps officials on a manhunt near the San Onofre Nuclear Generating Station.

The ordeal began around 10 a.m. Sunday after sheriff’s deputies responded to a shooting in a Monarch Beach neighborhood.

According to the DA, St. John entered the victim’s home and shot a loaded crossbow at the resident’s head. St. John is then accused of hitting the victim’s head with a fire extinguisher multiple times before chasing him into the backyard. Prosecutors have accused St. John of pulling out a firearm and shooting the victim in the hand. The victim then ran into a bathroom and locked himself inside. St. John is accused of firing a shot into the bathroom.

Deputies responded to a home in the 35000 block of Crete Road and discovered a man who had suffered non-life threatening wounds, said Lt. Jeff Hallock, an Orange County Sheriff’s Department spokesman.

Paramedics arrived on scene minutes later and treated a 56-year-old man who was shot in the hand and suffered lacerations to his head, said Orange County Fire Authority spokesman Capt. Steve Concialdi. He was transported to an area hospital and is expected to survive.

The victim was alert and talking to authorities on scene.

An investigation immediately ensued and with the victim’s help authorities identified St. John as the suspect. Hallock said a preliminary investigation revealed the two men knew each other.

The suspect fled the scene in the victim’s Mercedes Benz SUV, authorities said. Deputies located the vehicle near San Clemente and attempted to pull the driver over. A failed stopped resulted in a southbound pursuit on Interstate 5 with the suspect traveling at a high rate of speed.

The chase ended off of Baslione Road near the San Onofre Nuclear Generating Station. St. John is accused of driving through a security gate and fleeing on foot. Authorities recovered the stolen SUV and a weapon inside believed to be involved in the shooting, Hallock said.

If convicted, St. John faces a maximum sentence of 52 years to life in state prison.