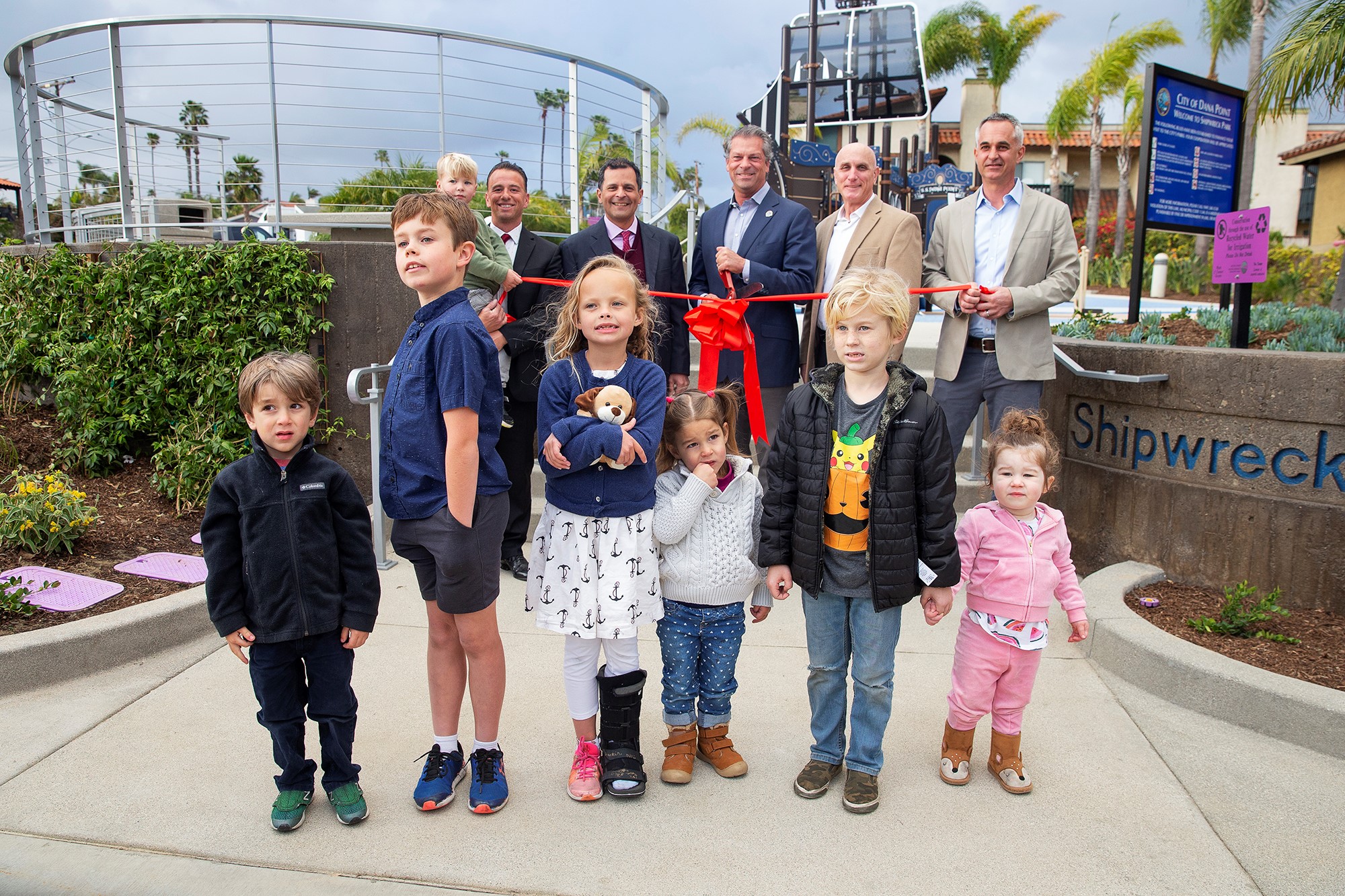 Featured Image: The Dana Point City Council, along with a handful of local children, cut the ribbon to reopen Shipwreck Park. Photo: Courtesy of JPVSphoto

The newly improved Shipwreck Park was unveiled to an excited group of kids who were ready to play on the new nautical structure on Tuesday, Feb. 15.

The city celebrated the completed renovation with Dana Point councilmembers and local children cutting the ribbon to reopen the park.

Shipwreck Park, on the corner of Golden Lantern and La Cresta Drive in Lantern Village, is known for its shipwrecked playground structure design.

The renovation efforts began in August 2021, after the park was identified as needing significant repairs and replacement work.

R.E. Schultz Construction, Inc. was awarded the $363,000 construction contract for the renovation in April 2021. The project was completed under budget, resulting in about $10,000 in savings, according to the city.

“The city implemented a number of major improvements as part of the renovation, including a new playground with rubberized surfacing, new sidewalks, benches, tables, new stairways, new fencing and gates along Golden Lantern, as well as new landscaping and irrigation,” the city said in a press release.

Many of the plants and trees were replaced at the park and the irrigation system was constructed to recycle water use. A safety fence along Golden Lantern was also added.

“I want to thank all of the staff,” City Manager Mike Killebrew said during the council’s Feb. 15 meeting. “They did an exceptional job turning, what I referred to in a council meeting during a budget presentation probably two years ago as, our worst maintained asset (into) now one of our shining examples of what we can do when we follow council policies to take care of what we own.”