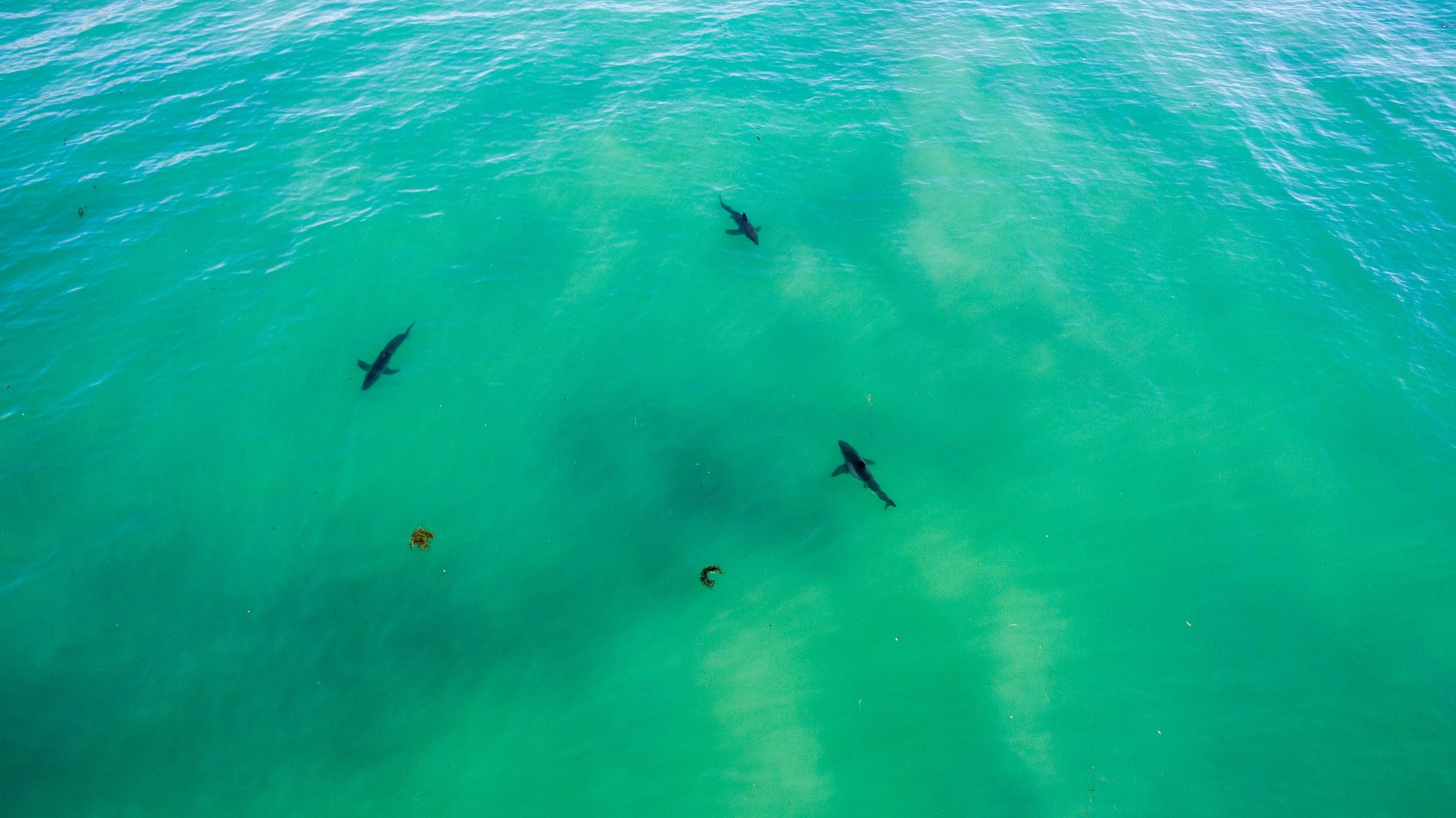 On Saturday afternoon, April 30, at approximately 6 p.m., 36-year-old Leeanne Ericson was bitten by a shark while swimming at San Onofre State Beach. At the time of the incident, she was in the water at Church beach in front of the Camp Pendleton campground with a small group of friends.

Wearing a wetsuit and swim fins, she bobbed alongside her boyfriend, who was surfing, when she was pulled underwater and momentarily disappeared.

Ericson’s boyfriend turned to catch a wave, but before he could start paddling he heard her scream.

“She was gone, so he dived under to try and find her and couldn’t find her,” the victim’s step-father, Mark Leidle, explained to a local NBC affiliate. “He came up, and the shark’s tail was sloshing in the water, and she popped up and he grabbed her and put her on the board.”

Multiple sources, including Ericson’s boyfriend, have reported that there was a California Sea Lion in the immediate vicinity.

“It’s believed that at the time a shark was chasing a sea lion. The sea lion evaded the shark and instead of biting the sea lion, it’s believed the shark mistakenly struck the victim,” said a State Parks public safety official who was on the scene but was not authorized to speak on the record. “It could have been a case of mistaken identity. She was floating in the water in a black wetsuit and fins and the shark may have confused the two.”

Other people on the shore said they witnessed the incident.

“At first, I wasn’t sure what was happening when I saw a group of people helping this woman in through the surf,” said San Clemente’s Hunter Robinson, who was on the beach with a group of friends getting ready to go surf when the incident occurred. “I heard ‘shark’ and just started running out to help.”

A group of surfers helped get Ericson in through the surf line to the rescuers sprinting across the rocks to help.

“It was low tide, and she was probably in the worst place possible place,” continued Robinson.

Miraculously, the bite reportedly missed Ericson’s femoral artery. If the artery had been severed, there’s a strong possibility she would have died before reaching the beach.

“We put her on a surfboard and tried to keep it really low to the ground in case she fell off,” Robinson said. “A friend of mine became an EMT in January, so we applied a tourniquet to her hip to try and slow the bleeding down. She said she was having trouble breathing.”

On the beach, rescuers were met by lifeguard and emergency personnel. They did the best to control the bleeding and treat the victim for signs of shock. Ericson was then airlifted to Scripps Memorial Hospital in La Jolla for further treatment.

Lifeguards were quick to sound the alarm.

“It was surreal. We heard the lifeguard down the beach. At first, it was hard to make out what he was saying, but I managed to hear the words ‘shark attack,’” said area surfer George Trim, who was suiting up with his girlfriend at the time. “The lifeguard then pulled up in front of us and made the announcement. Everyone was in disbelief at first. Then we all realized it might be someone we know, so it was pretty scary.”

Doctors at Scripps placed Ericson in a medically induced coma to stabilize her condition. Massive blood loss and fears of infection and secondary drowning made her situation extremely volatile. Forty-eight hours after the incident, her condition had somewhat stabilized, but, obviously, Ericson is facing an uphill battle.

“It tore her right back leg from her glute to her knee. The doctors also say that she drowned when the shark pulled her under,” reads the message on a GoFundMe page set up to help with Ericson’s medical expenses. “She’s now in Scripps Memorial Hospital fighting for her life. She is a single mom with three young children who depend on her. She has a long road ahead with several surgeries to go. I don’t know how much this will cost, but she’s going to need all the help she can get.”

Immediately following the incident, California State Park authorities closed the surrounding waters two miles north and south of Church. By Sunday morning, people were already dismissing lifeguards’ stern warnings and surfing at Trestles and San Onofre, which is under the jurisdiction of State Park officials. But at Church, which is guarded by military personnel, it was clear that nobody would be allowed into the water through Wednesday.

The victim’s boyfriend has speculated that the shark was approximately 10 feet long, which would make it larger than the 6- to 8-foot juveniles that have been spotted in the area in recent weeks and months. Last month there were two different incidents where a Great White was seen breeching at Trestles on Surfline.com’s streaming web camera. Days after the attack, aerial footage was taken of a number of sharks in San Clemente and Capo Beach. Additionally, authorities recently towed a dead whale offshore, which may be contributing to the sudden uptick in shark activity.

The last shark attack in Orange County came in June 2016 when a woman was bitten while swimming off the beach at Corona del Mar. She suffered a large bite across her torso but survived. A swimmer was fatally attacked in Solana Beach in 2012.

Grom of the Week: Cannon Carr