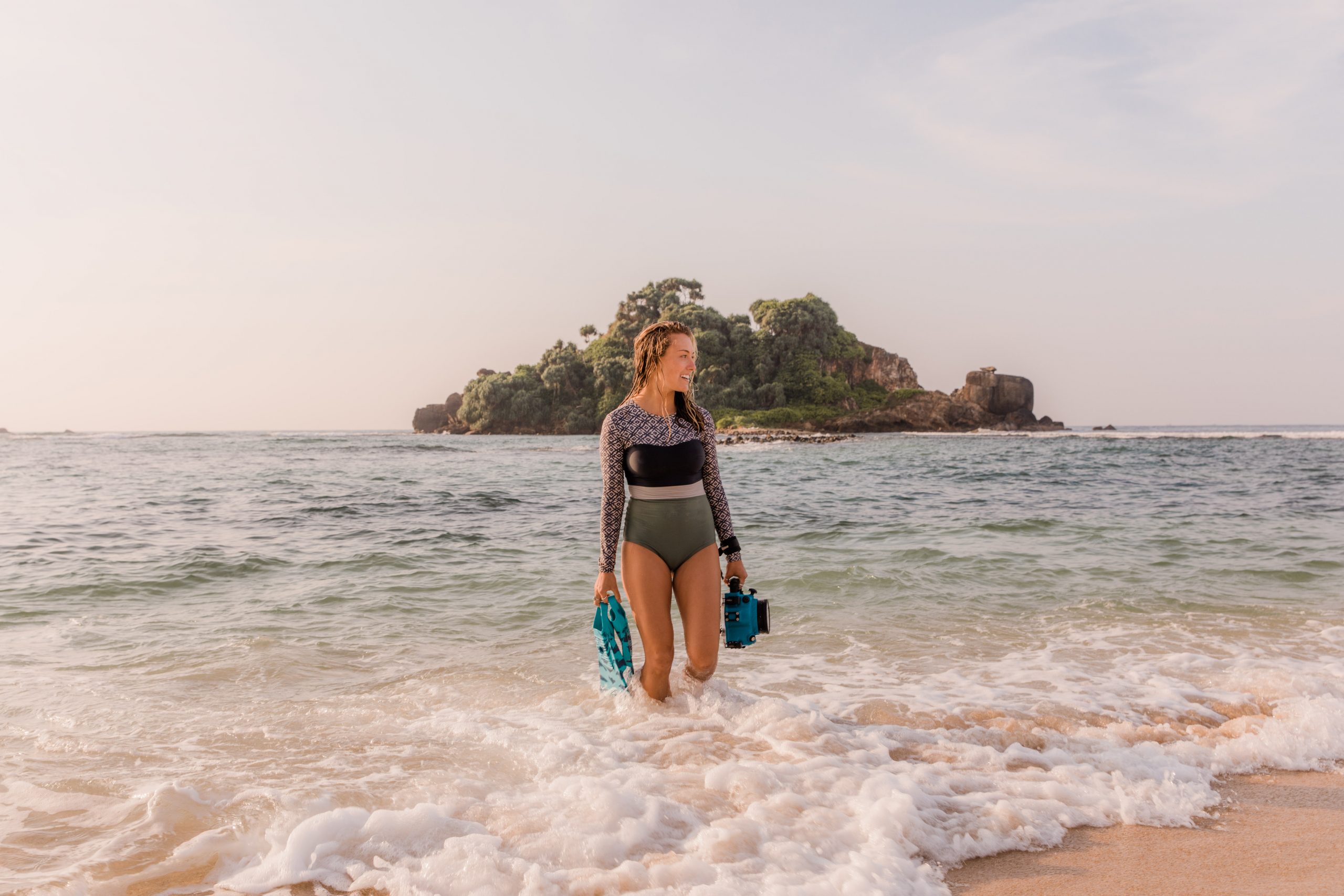 Featured Image: Director Jordyn Romero’s film We are Like Waves will be featured at the San Clemente Women’s Surf Film Festival this Saturday, Jan. 22, at the Surfing Heritage and Cultural Center. Photo: Courtesy of Jordyn Romero

Coming to the Surfing Heritage and Cultural Center for the first time on Saturday, Jan. 22, will be the fourth San Clemente Women’s Surf Film Festival.

The fundraising event is presented by the Sandy Feet Initiative and the Groundswell Community Project, two local organizations that provide ocean-based programs. Sandy Feet focuses on reaching siblings of special-needs children, and Groundswell, based in San Diego, provides surf therapy for women.

Festival attendees will view three movies about surfing, all produced by women filmmakers: Heather Hudson, Jordyn Romero, and Devorah Palladino. Guests can also participate in a Q&A session with the creators, enjoy a catered meal, and join in other activities.

Mo Langley, the executive director of Sandy Feet, said she’s excited to bring back the event after a year-long hiatus because of COVID-19.

Screenings used to be held in the Ole Hanson Room at the Community Center during the festival’s first few years of existence, but growing attendance forced it to move.

Sandy Feet’s collaboration with Groundswell was born out of a relationship between Langley and Groundswell’s founder, Natalie Small, as the two previously worked together at a different nonprofit seven years ago.

Through keeping in touch, Langley was able to work with a business partner of Small’s who is based in San Clemente.

“(The partner has) volunteered for us, I’ve volunteered for them,” Langley said on Jan. 14. “When I realized that I wanted a bigger event this year, I realized I needed more help, so I gave her a call, and we’ve worked beautifully together.”

She added that the film festival gives women creators a platform that is not readily available to the many filmmakers within the industry, especially considering that they typically produce films that dive into deeper subject matters.

Jordyn Romero, one of the creators who will be present on Saturday, released the film Of the Sea in 2019 that touched on a Los Angeles-born surfer and mother who moved to Costa Rica to live a more sustainable lifestyle.

Langley referenced other films made by Romero and Hudson that told in-depth stories.

Hudson echoed Langley’s sentiments about women supporting one another, adding that they should not try to be competitive to the point where the result is tearing each other down.

The Santa Barbara-based artist has made two films prior to the one the festival will show on Saturday night: 93–Letters from Marge. Throughout all of her years in the film business, Hudson has been grateful to receive waves of support from all sides of the surfing world.

She is also excited to show 93 in public for the first time. The film was supposed to be screened in person at the 2020 San Luis Obispo International Film Festival, but it was moved to a virtual showing after COVID-19 spread across the U.S.

Hudson said in an interview on Tuesday, Jan. 18, that she loves being able to show off her hard work and note all of the audience’s reactions, whether it be laughter or “oohs” and “ahs.”

“You’re telling something new that someone may not know about,” Hudson said. “And I love that.”

93—Letters from Marge tells the story of Marge Calhoun, a surfing legend who died in 2017 and was a figure many women surfers admired, including Hudson

Langley is excited for the Q&A session with all the filmmakers, which will provide a relaxed setting for attendees to learn and interact with the creators, as well as the new arts-and-craft component of the event.

She hopes that the attendees will be inspired to seek out and watch more women’s surf films that are in abundance from creators who live around the world.

“People are always watching the men’s films, it seems, for the thrills of it, or really old ones because they’re so classic,” Langley said. “I would love to have more of an awareness that there are women that are doing this.”

Hudson added that she wants Saturday’s audience to follow their dreams in whichever path they’re interested and to let nothing stop them.

Those feelings come from being told as a child that she could not participate in certain activities, a sentiment she demolished on the way to forging her own career.

“I just think that it’s really empowering to show other women and young girls what is possible,” Hudson said.

The Women’s Surf Film Festival will run from 5-8 p.m. at SHACC, located at 110 Calle Iglesia. Visit sandyfeetoc.org for tickets and more information.