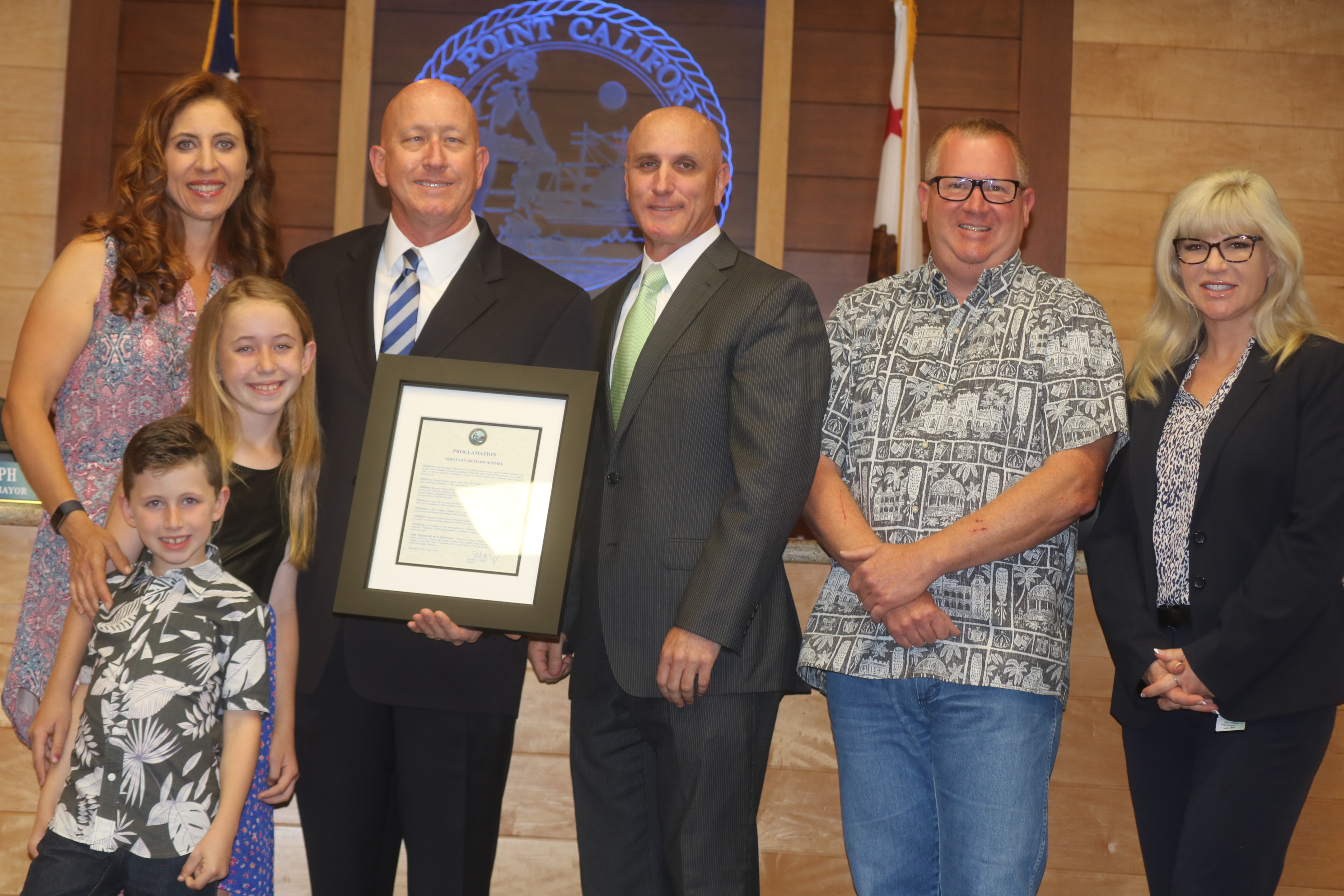 Sgt. Richard Himmel, a deputy of the Orange County Sheriff’s Department (OCSD) for the last 28 years and serving as a Sgt. in Dana Point since 2012, was honored with a proclamation in honor of his recent retirement during the June 5 City Council meeting. Himmel was born in Pennsylvania but raised in California from the age of three. A graduate of Capistrano Valley High School, Himmel received a Life Saving Medal in 2010 for rescuing a suicidal man off a seven-story building in Mission Viejo. He most recently served as the head of the Community Services Department, where he was certified as a terrorism liaison officer and hazardous materials technician.

After the proclamation presentation, Himmel said it was an honor to serve his community and that he is now focused on spending time with his wife Laurie, and two children, Riley and Elijah. Lt. Margie Sheehan called Himmel “invaluable” and a “flawless teacher,” saying that the Dana Point Deputy Sheriffs are lucky to have absorbed Himmel’s work ethic, knowledge and morals. A video link to the entire presentation can be seen here.