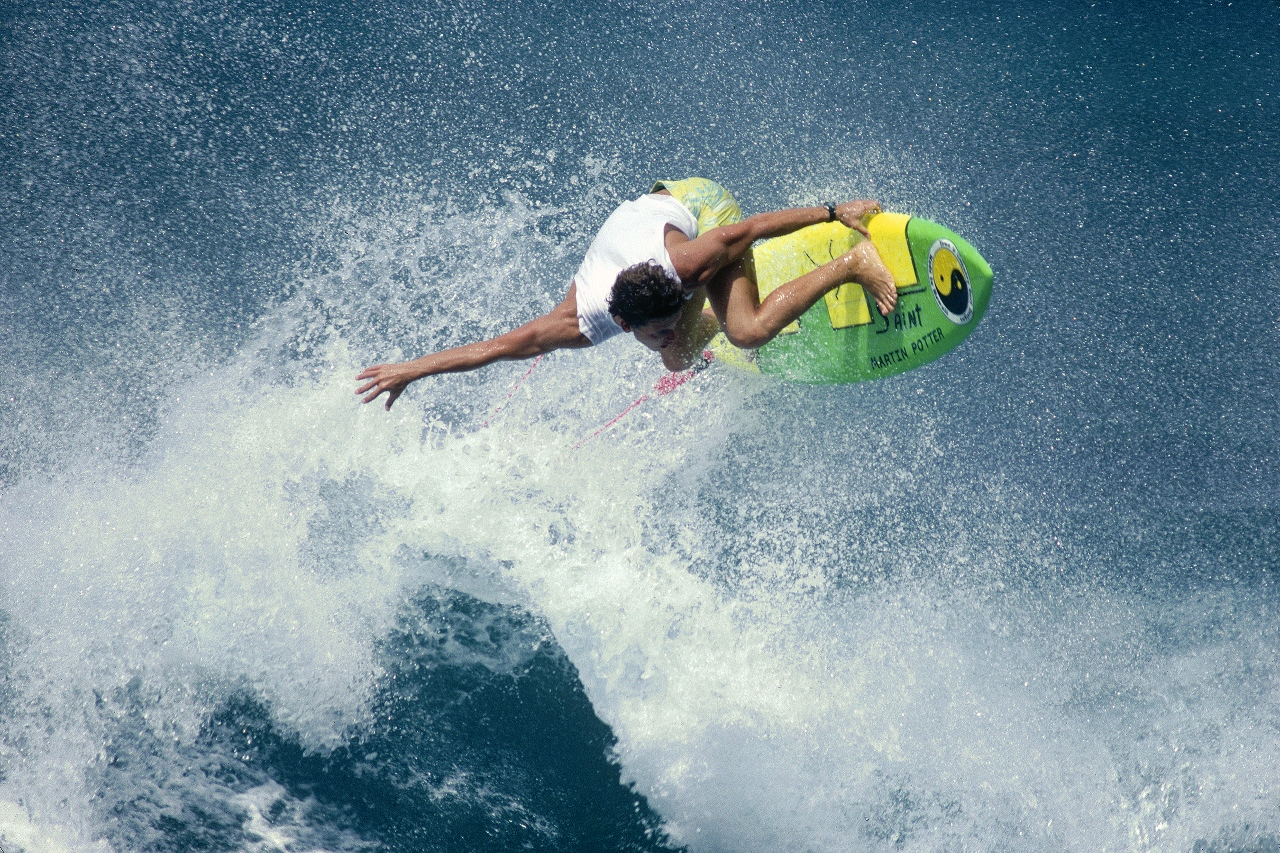 The Session That Changed Everything

How a chance encounter at T-Street between Shane Beschen, Martin Potter altered the course of surfing in local waters

Orange County’s southern flank is a haven for some of the world’s most talented surfers. From world-beating residents such as Kolohe Andino and Griffin Colapinto to international WSL pros like Jordy Smith and Filipe Toledo, the performance level in the water these days has never been higher.

Salt Creek and Trestles have always been fertile spawning ground for surf talent. Chris Ward and the Lost crew flew the flag around the turn of the century. And before that it was Kolohe’s dad, Dino, and cohorts like Christian Fletcher, Matt Archbold and Shane Beschen that rattled the wave-riding establishment. But when it comes to defining the modern, progressive era of surfing, perhaps the “aha” moment came on a small, playful day at T-Street in the early 1980s.

“It was during the summer, either 1982 or ’83, I must have been about 10 or 11 years old, I was surfing T-Street with my good friend Dan Kennedy,” Beschen said. “The waves were fun, the sun was out and I was totally oblivious to the fact that my perception of surfing was about to change forever. I was paddling back out after catching a wave and this guy on a fluorescent green and yellow board was absolutely flying right at me. I started paddling faster to get out of his way, but he was moving at a speed I’d never seen. He then whipped the most radical backside 360 right in my face. Spray flew everywhere, I was momentarily blinded, left wondering if he had fallen. When I turned my head to see the outcome he was already down the line and into his next move.”

“Did you f—ing see that?!” yelled Beschen.

Baffled, the two groms stammered for an explanation.

“Out back, we started to discuss the possibilities of who the hell that guy was. Jim Hogan was also out so we asked him if he knew who it was,” continued Beschen. “He laughed and said, ‘That’s Martin Potter. He’s from South Africa and he’s staying with me for a while.’”

Hailing from the Durban area, by the time “Pottz” was 16 he was already getting paid to travel the globe and compete on the world tour. This was during the time of Apartheid in South Africa and he wanted no part of it. Pottz officially changed his nationality to the U.K. to avoid international sanctions, and despite the odds, his radical, no-holds-barred approach revolutionized the sport, and by 1989 he’d won the world title.

“As far as I’m concerned, Potter is the godfather of progressive surfing and he can basically take credit for all of the surfing success that has come from San Clemente,” Beschen said. “When he first started coming to our town he ignited a revolution like never before. A new standard of performance was laid out before us in real life, it was a tangible skill that we studied and used as our guideline for what surfing is all about. The speed and radicalness of his approach inspired us all.

“For myself, those days of Potter ripping San Clemente molded my perception of what good surfing is and how I would approach my technique and career,” Beschen continued, who would grow up to contend for world titles and become Kelly Slater’s arch nemesis during the second half of the ’90s. “I remember times when I was at the school lunch tables and kids would be talking about Potter surfing T-Street, and I would run down there right after school, hoping to see that green and yellow board flying through my local beach break.”

Ten years after their fateful first encounter, Beschen found himself surfing an expression session at a contest in France—facing none other than his childhood hero.

“I took off on a wave and launched a frontside air 360,” Beschen said. “It was still back in the beginning stages of progressive surfing in competition and the commentators were going crazy in French. I paddled back out and Potter turned toward me and said, ‘Hey, go easy on me grom.’”

“I looked at him apologetically and felt kind of embarrassed. All I could say was, ‘Sorry, but it’s kind of your fault, you’re the guy who started this whole thing,’” laughs Beschen.