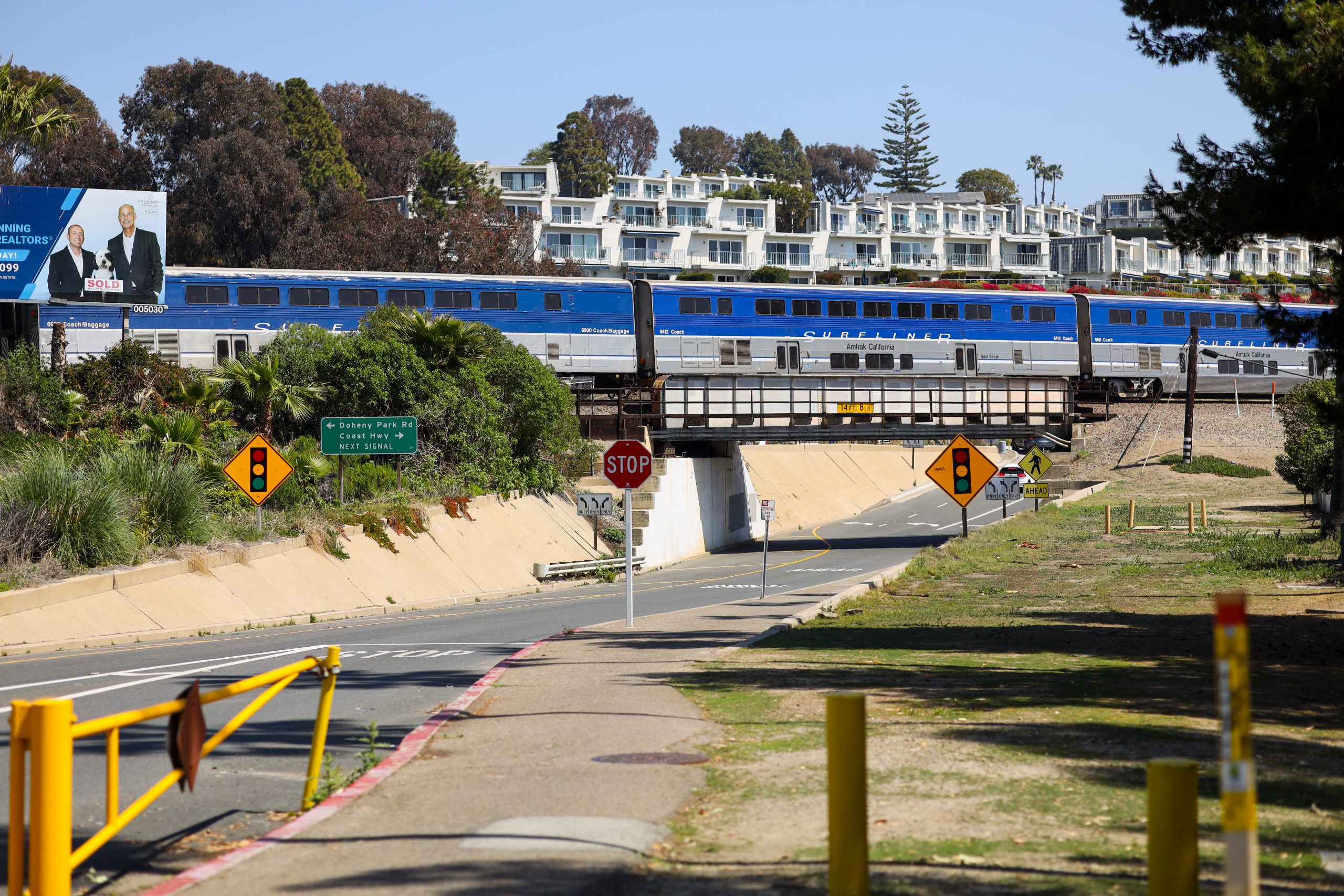 Featured Image: The Serra Siding Project proposes to extend 1.2 miles of a parallel railroad track in Dana Point from Victoria Boulevard to Beach Road, allowing trains to pass each other. Photo: Jacqueline Garrett

The public will soon have an opportunity to weigh in on Metrolink’s proposed plan to extend a parallel railroad track along Capistrano Beach, as the agency is anticipated to release its Draft Environmental Impact Report for a 60-day comment period.

Referred to as the Serra Siding Project, the plan proposes to extend 1.2 miles of the siding track that runs parallel to the main track in Dana Point from Victoria Boulevard to Beach Road so trains could pass each other.

The Orange County Transportation Authority (OCTA) expects the project to increase the safety, reliability and efficiency of train service.

OCTA Communications Specialist Eric Carpenter explained that the project aims to address train bottlenecks and delays that occur within the 9.3-mile, single-track segment between Dana Point and San Clemente.

“South Orange County residents would indirectly benefit from improved air quality and reduced traffic congestion, as Metrolink strives to attract more riders and meet state and regional environmental goals to reduce greenhouse gas emissions,” Carpenter wrote in an email. “A siding track will improve operational performance and enable regular services, making it more desirable for people to use the train rather than drive, now and into the future.”

The project’s estimated cost is approximately $50 million based on the preliminary design. Carpenter explained that about 70% of the project cost is related to the replacement of the Coast Highway bridge.

Carpenter said that Metrolink plans to coordinate with the construction contractor to avoid or minimize any disruptions to train service.

Metrolink and OCTA have said they plan to work with nearby businesses in advance of and during construction to minimize the impact of construction noise, dust and traffic. The construction is estimated to take two years.

“As with any construction project, residents near the project and visitors to the area may experience temporary construction impacts,” Carpenter said. “These impacts may include some noise, dust, and additional traffic. These areas are being studied in the Draft Environmental Impact Report, and mitigation measures to lessen those impacts as much as possible will be identified where appropriate.”

Ahead of an April 2021 Dana Point City Council Meeting, local businesses and residents submitted letters in opposition to the project; however, a public hearing wasn’t held until a subsequent council meeting in July of last year.

In a letter to Metrolink and OCTA, retired Chief of the Los Angeles County Lifeguards Mike Frazer wrote about his experience with extreme coastal storms damaging piers and nearby facilities and infrastructure. He said that the project is destined to be damaged by future storms.

“It makes no sense to be spending $50 million adding infrastructure to an area that continues to experience severe erosion, while at the same time, your agencies are contemplating budgets in the billions (of dollars) to relocate coastal tracks several miles south,” Frazer said in the April 2021 letter.

OCTA last year had extended a Notice of Preparation to the end of July to conduct more public outreach in Dana Point. City Council heard a presentation on the project at its July 20, 2021 meeting.

At the time, Dana Point residents spoke in opposition of the project, citing concerns with coastal erosion at Capistrano Beach, noise and debris impacting visitors, hotels and businesses, as well as construction impacting views.

The Draft Environmental Impact Report will study the potential impacts and concerns raised by residents and business owners, Carpenter said.

“OCTA has heard some of these concerns from residents about construction impacts. It’s important that we do hear from them during this phase of planning,” Carpenter wrote in an email. “Those potential impacts and how they could best be mitigated are being studied as part of the Draft Environmental Impact Report and will be discussed more thoroughly when that report is completed.”

The Draft Environmental Impact Report is scheduled to be available for public review in late May or early June. The public review period will begin once the report is released to the public and will last for 60 days.