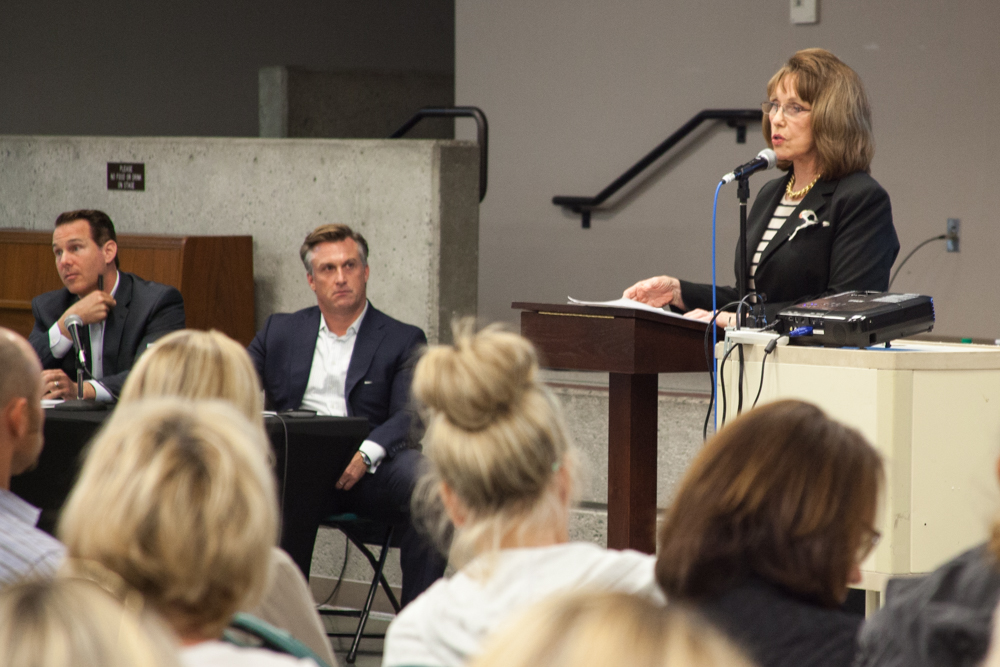 A bill introduced by State Sen. Patricia Bates of Laguna Niguel to give cities and counties the authority to regulate and require licensure of sober living residences failed to move past the Senate Health Committee on Wednesday.

The bill, which was voted 1-1 with the rest of the committee not casting a vote, was put on call but failed to be brought back for additional consideration. A bill must get majority support to pass.

Sober living residences would have been required to apply for licensure and to submit the address, homeowner’s full name and phone number, provide a supervisor at the home at all times of operation and to be compliant with the Americans with Disabilities Act. The bill also included requirements to maintain the property to local ordinance compliance.

Currently, such facilities are protected by laws that ensure fair housing and therefore they cannot be sanctioned based on their intent.

Bates contended these facilities are operating as businesses and not as traditional homes in residential neighborhoods.

Supporting the bill were representatives from the cities of San Clemente and Encinitas. The Western Center of Law and Poverty sent representatives to oppose the bill as well as officials from addictive medicine facilities and commercial sobriety treatment centers.

Sen. Isadore Hall of south Los Angeles County said the bill seemed discriminatory and that he did not want to enable governments to displace people because a certain neighborhood doesn’t like the way they operate.

“We are all equal and we all pay the price, and I will not be supporting this bill,” Hall said.

Bates countered that dividing people based on preference was not the case in the communities opposing sober living facilities but instead a system of businesses out of control and doing the people who seek treatment a disservice.

Opponents also said sober living facilities are sometimes the last resort for people who would otherwise be homeless.

However, two other Assembly bills on Tuesday passed the Assembly Health Committee requesting similar licensure and regulation as the Bates and Chang bills. One bill is from Assemblywoman Melissa Mendez of Lake Elsinore and Assemblyman Richard Bloom of Santa Monica. Bloom’s and Mendez’ bills would allow the California Health Department to deny licenses to sober living facilities in addition to local and county governments’ authority. Mendez’ bill would also allow cities and counties to monitor the facilities under a “good neighbor” policy, which typically includes consideration of community engagement and opinion. The bills will now be voted on by the Assembly.