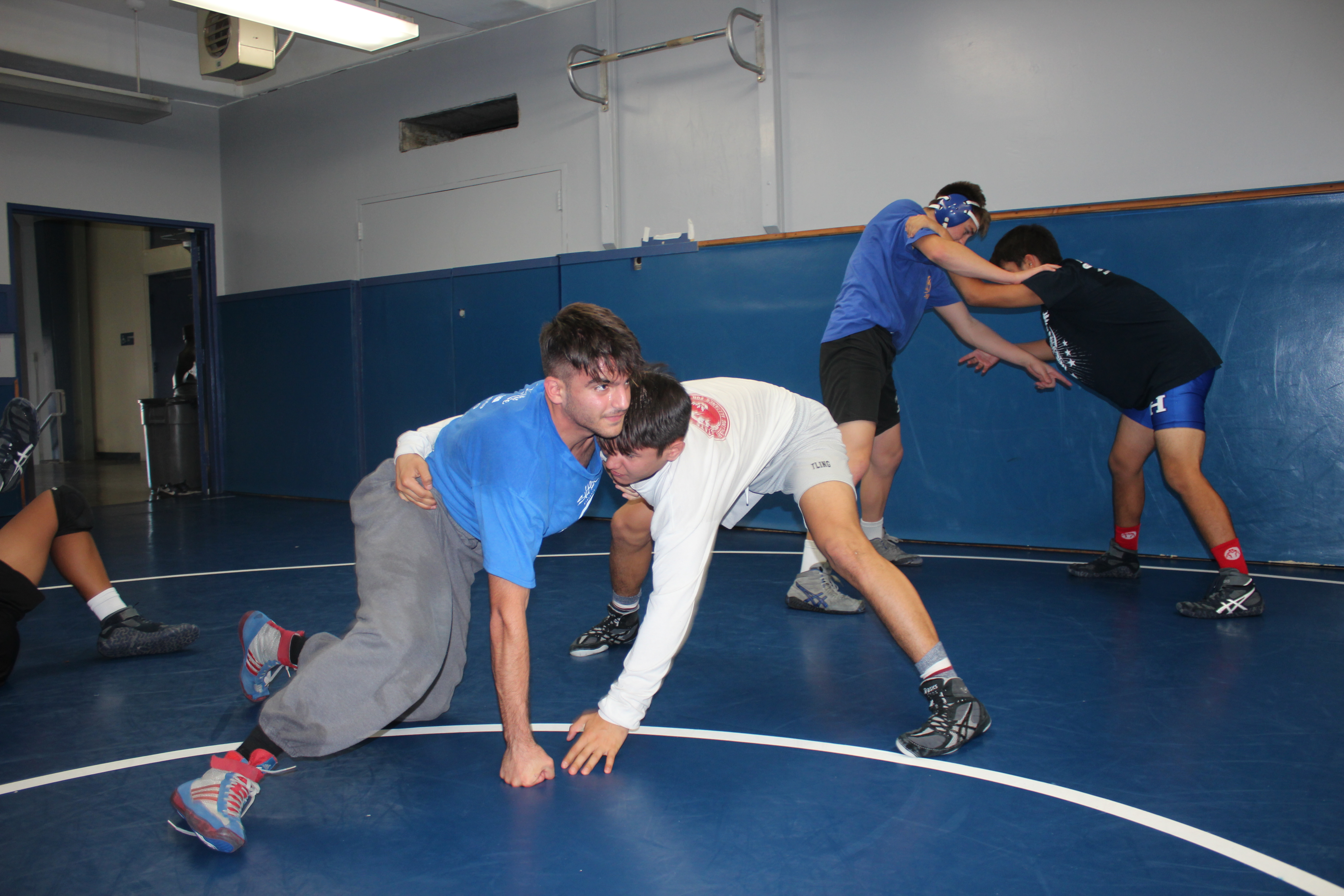 Having been a Dana Hills wrestler himself before graduating twelve years ago, Barbour said that their rivalry with San Clemente has been around as long as he can remember.

“Our goal is to beat San Clemente; our goal is to win it,” Barbour said. “I expect all of our seniors to place in CIF this year. We’re training really hard.”

The Dolphins are currently competing in the South Coast League, which includes third-ranked Laguna Hills, sixth-ranked San Clemente, fifth-ranked Trabuco Hills and Mission Viejo. Because Laguna Hills and San Clemente are both wrestling powerhouses, this league is very competitive in comparison to ones in the past, according to Dana Hills head coach Reza Abedi.

“Our league is tougher than our CIF this year,” Abedi said. “The top four teams in our CIF will definitely be from the South Coast and Sea View leagues.”

The team is older and more experienced than they were last season. Of their 14 starting spots, 10 are seniors and eight of those seniors are returning CIF qualifiers. One of those seniors is Christian Clemente, who took third in the 220-pound weight division at league finals last year. Clemente had a productive offseason, highlighted by a second-place finish at the Halloween Open in October.

“I’ve been lifting and running almost every day,” Clemente said. “My goals this year are to be a league champ, place in the top three at CIF and top eight at Masters.”

The Dolphins will hit the ground running in the league dual meet season with an opening match against San Clemente set for Dec. 9.