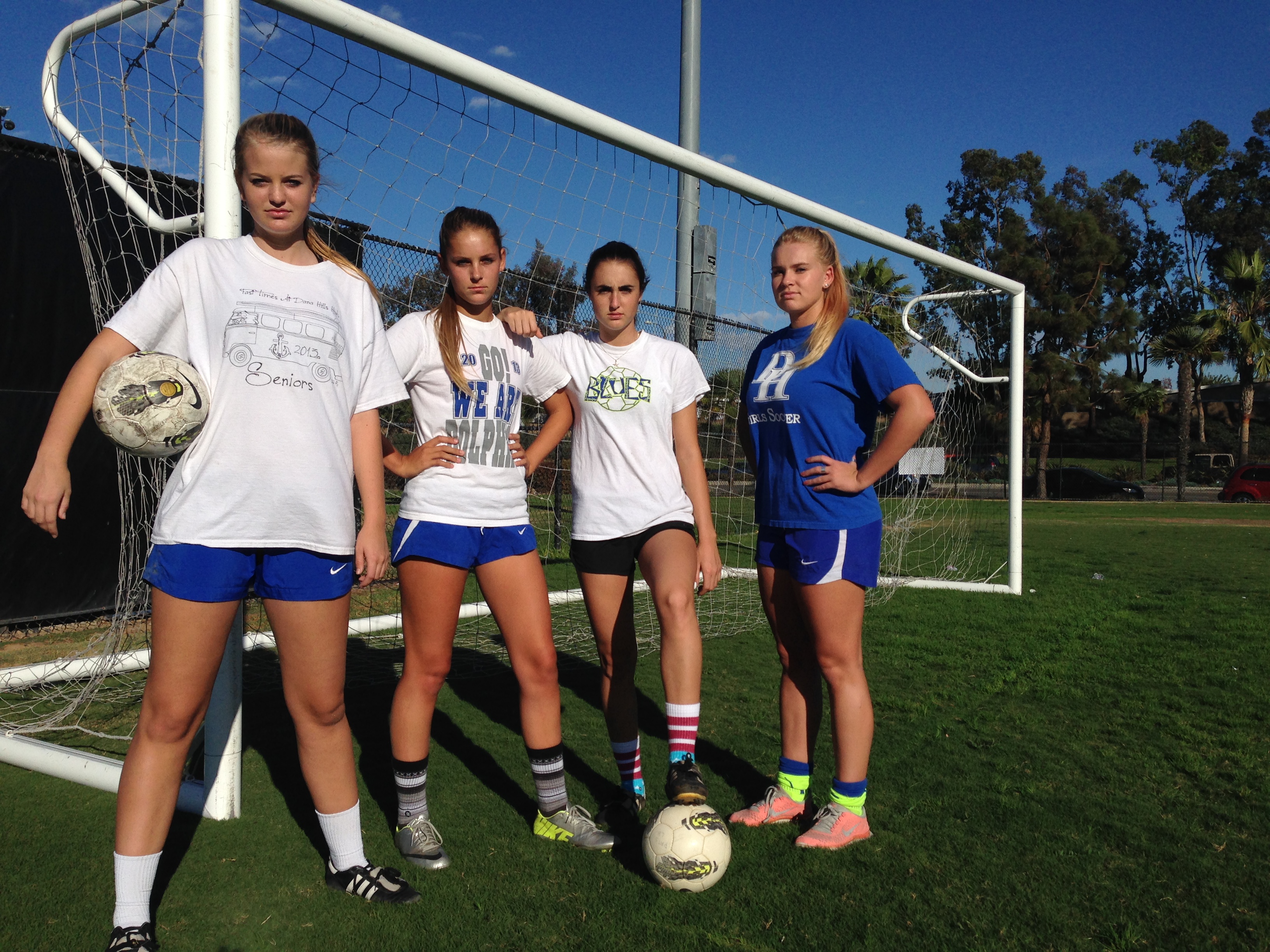 Circle ‘em: The nonleague highlight will be an appearance in the Aliso Cup Tournament (12/8-15). A competitive league stretch includes games against San Clemente (1/20) and Aliso Niguel (1/22).

Change was the name of the game for the Dana Hills girls soccer team in 2013. A large group of seniors graduated after a successful season and head coach Carrie Taylor and her staff were brought in near the end of October, just about one month shy before the start of the season. The Dolphins spent the year adjusting and now re-group for a run through the South Coast League in 2014.

The Dolphins are senior heavy, especially at midfield, where Sophia Gullickson and Megan Shaver return.

The Dolphins graduated their goalie, Meghan Dickmann, and the position is up for grabs, according to Taylor.

After a down year last year, Taylor believes the strong group of returning players has taken it upon themselves to prepare for the new season.

“The leadership of this group is strong and the returners have set the tone for the younger players from the beginning,” Taylor said. “We have a good energy, solid leadership from the players this year and I think that if we stay healthy, good things are just around the corner.”