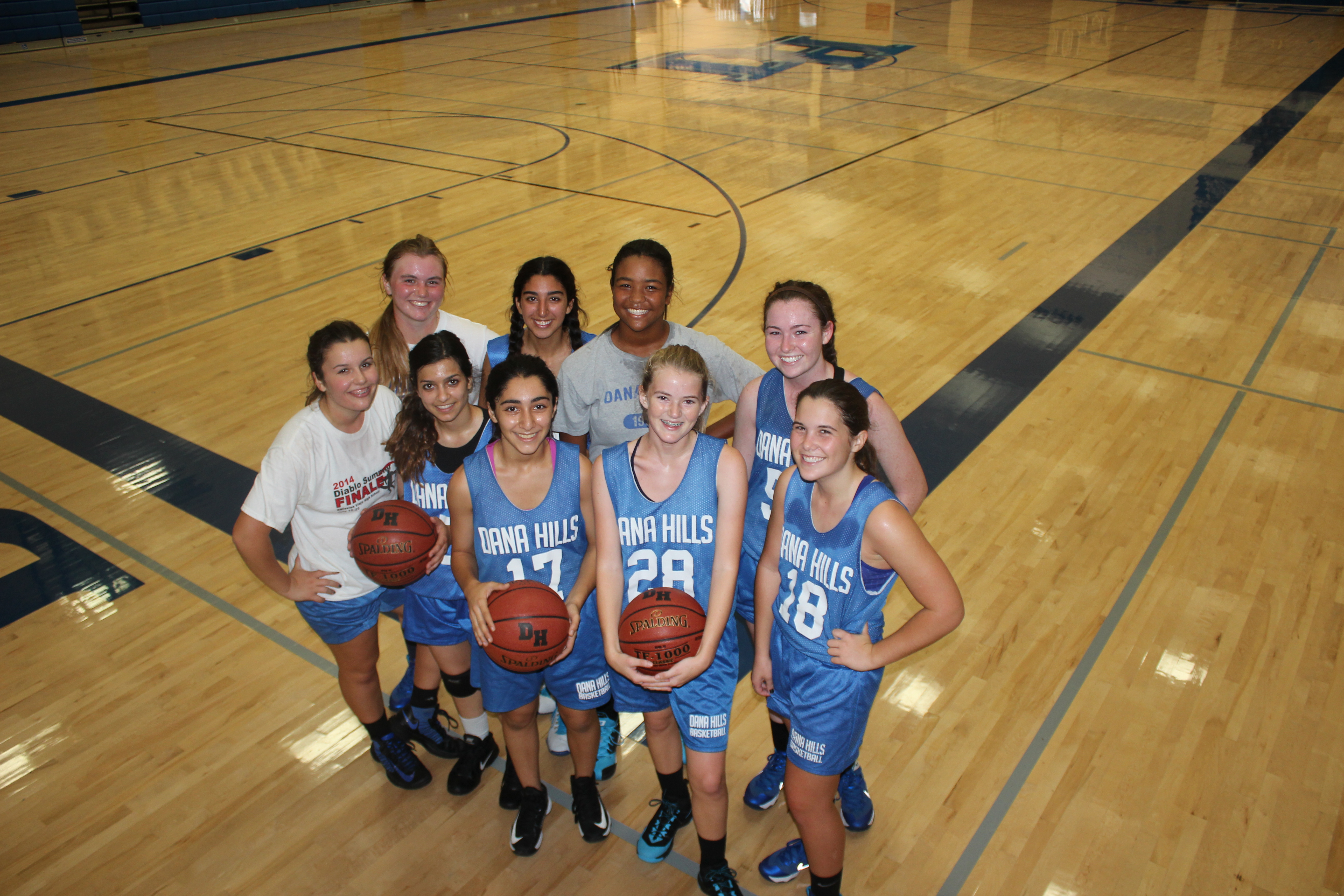 Circle ‘em: Season opener against University (11/29) followed by an appearance in the Corona del Mar Tournament (12/1).

Following a massive roster turnover and the appointment of first-year head coach Anne Honey, the Dana Hills girls basketball team is starting the 2014 season building from the ground up.

The Dolphins struggled to find wins last season, especially in league play where they went 0-8. Most of the players from that team are gone, and Honey has been called in to replace former head coach Rob Cullinan, who left for Mission Viejo.

“I keep telling them we’re building from the dirt up. And we have a clean slate. We are totally working hard and building it the way we want to build it,” Honey said. “Their desire to win and their competitiveness is huge. So they aren’t held back by (last year) at all. Last year is last year, and we’re looking forward.”

The Dolphins return four players to the varsity ranks, a group that includes sophomores Reagan Orloff, Elise Parsaee and seniors Neusha Afrasiabi and Kimiko Tanaka. Tanaka is the only player in the group who saw considerable playing time last season. Tanka, who averaged nine points per game in 2013, will be among the focal points of the offense and will play point guard.

Honey has spent the offseason implementing a new fast-paced style of play. The Dolphins have a few experienced guards that will look to push the tempo, and the defense will play with an aggressive full-court press.

Freshman Peyton Romo has made an impact over the offseason and will see considerable playing time. Romo has the ability to shoot from the outside and also score in the paint, according to Honey.

Three-sport athlete Joy McArthur and Alex Williams will be the team’s primary post players. Both sophomores showed a knack for grabbing rebounds and running the floor during the fall league schedule, Honey said.