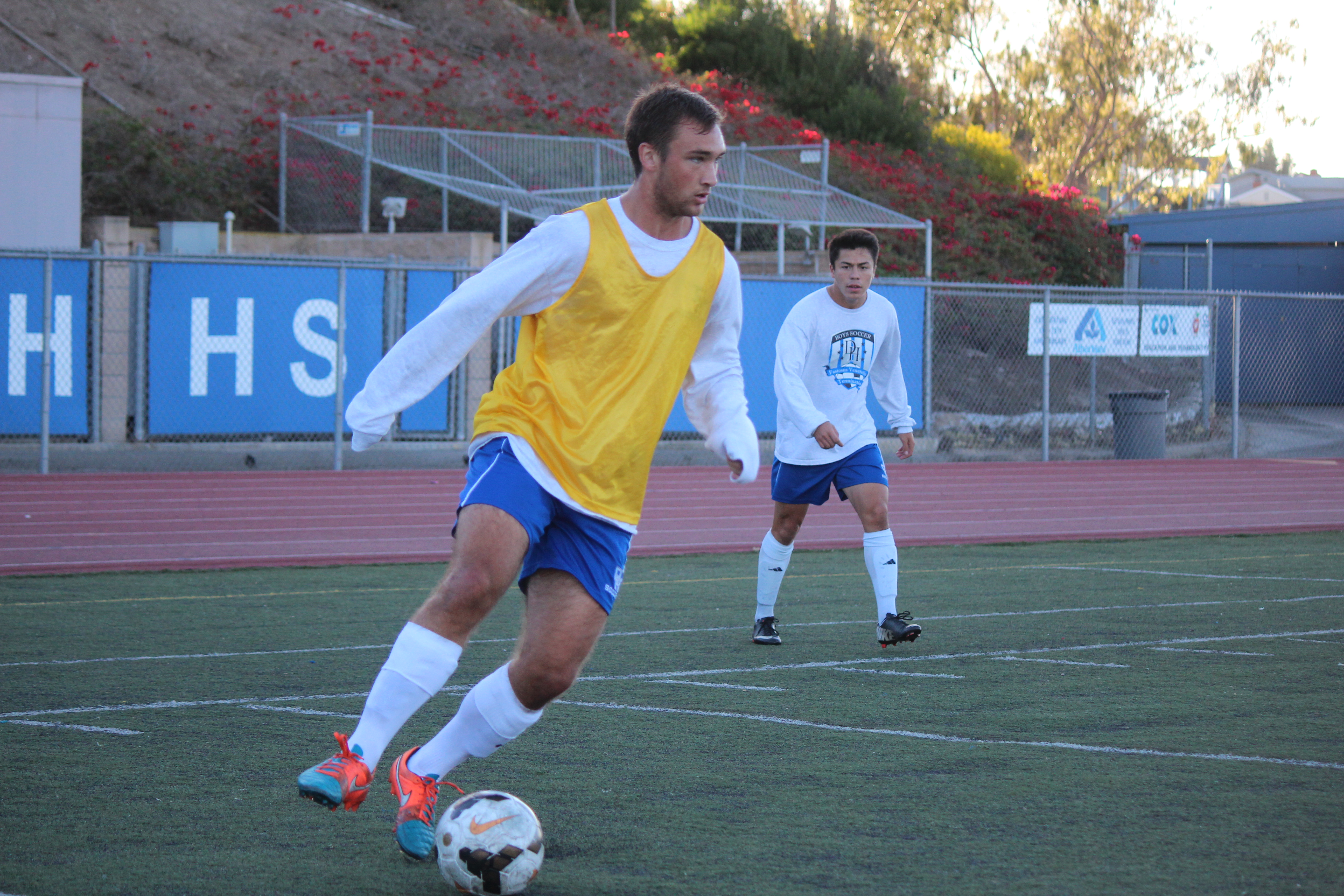 The Dana Hills boys soccer team’s plan of attack last season was to advance the ball up the field to a handful of skilled forwards, hoping they could create solo chances and put the team ahead with a goal. But after watching that tactic have more failures than successes, head coach Leo Compean and his staff decided to scrap the idea and move forward with a complete team concept on offense for 2014.

Last year’s offensive strategy ran parallel to their team mindset as well, according to Compean. There was too much individual thought and not enough emphasis on the team.

He has seen a complete turnaround in that regard with this year’s squad.

“Last year (our attitude) was our breaking point. We fought, we lost, we fought … it was an ugly cycle. Last year, if somebody fell, they’d stay on the ground by themselves. This year, we’re physically, literally picking him up,” Compean said. “This year, we haven’t had a game yet, but there’s a dynamic happening here that I haven’t seen in a long, long time.”

The Dolphins have adopted a team approach both literally and figuratively. And it’s an approach they are hoping will yield more goals, something that eluded them last season.

Senior forward Paul Romero will be surrounded by playmakers such as senior Connor Murphy and junior wingers Dante Romero and Spencer Madden. The entire unit will look to control and push the ball up the field together, which can allow any number of players to let loose and fire at the net.

The team’s depth got a boost following the emergence of freshman midfielder Cameron Kaemerle, who has already broken into the starting rotation.

Compean believes the offense will not be an issue and where the team has been focusing their efforts in recent practices is on defense. Seth Eisenberg, a transfer from Connecticut, figures to play a prominent role on the back line.

The Dolphins will remain in the Sea View League, which will look drastically different in 2014 with the addition of Aliso Niguel and Tesoro, who replace El Toro and San Juan Hills.