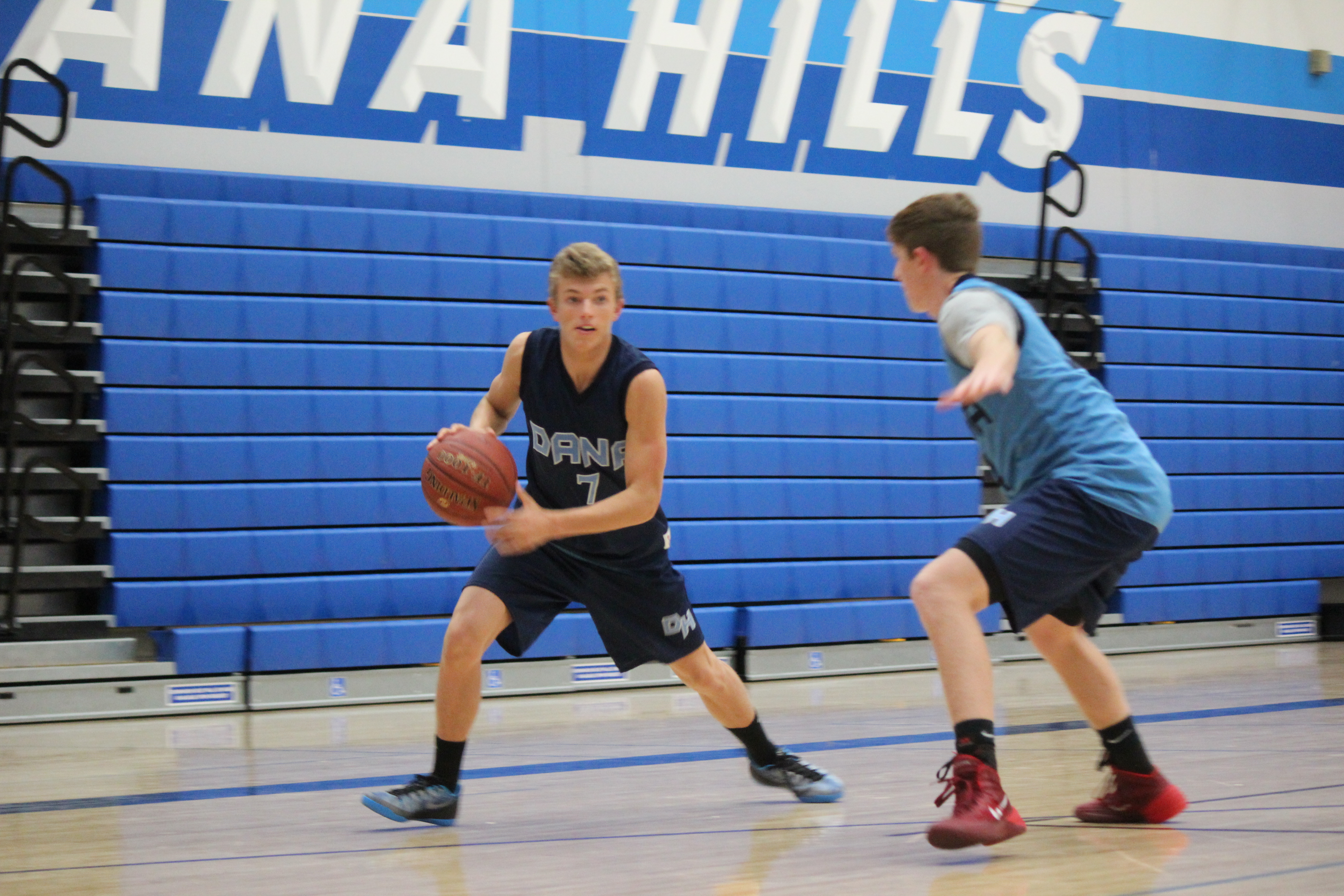 Last Season: Dana Hills won the Sea View League title and advanced to the first round of the CIF-SS Division 1AA playoffs.

Over the past two seasons, the Dana Hills boys basketball team won games behind the ability of their big men in the paint. They focused on a post-oriented half-court offense and wore teams down with their size and strength on defense.

The 2014 version of the Dolphins will break the mold that has defined their style of play in recent years.

The Dolphins lost their core group of players that had been on varsity since their sophomore season, and return a handful of players who happen to be guards. With no dominant size on the roster and an excess of guards, the Dolphins will look to push the tempo and wear teams down in a different way.

Newcomers Nate Hernandez and Kian Ashoubi, along with Romo, will make up a group that can shoot from the perimeter.

Down low, the Dolphins will rely on 6-foot-6-inch senior center Grant Marocchi.

At the forward spots, senior Louis Selstad and Mater Dei transfer Cole Goudge add versatility. Goudge has to sit out for 30 days due to transfer eligibility requirements, but will be an integral part of the team when he is cleared, Desiano said.

The Dolphins forward unit is not especially tall, and they all boast the ability to step out and knock down 3-pointers, including Marocchi.

“We’re more up-tempo. We’ll try to create more possessions. We’re going to get up and down the floor and shoot the three a lot more than we did in the last couple of years, because we have the kids who can do it,” Desiano said.

After two consecutive years that saw them finish runner-up and then claim the Sea View League title, respectively, the team will be making the move to the South Coast League this season.