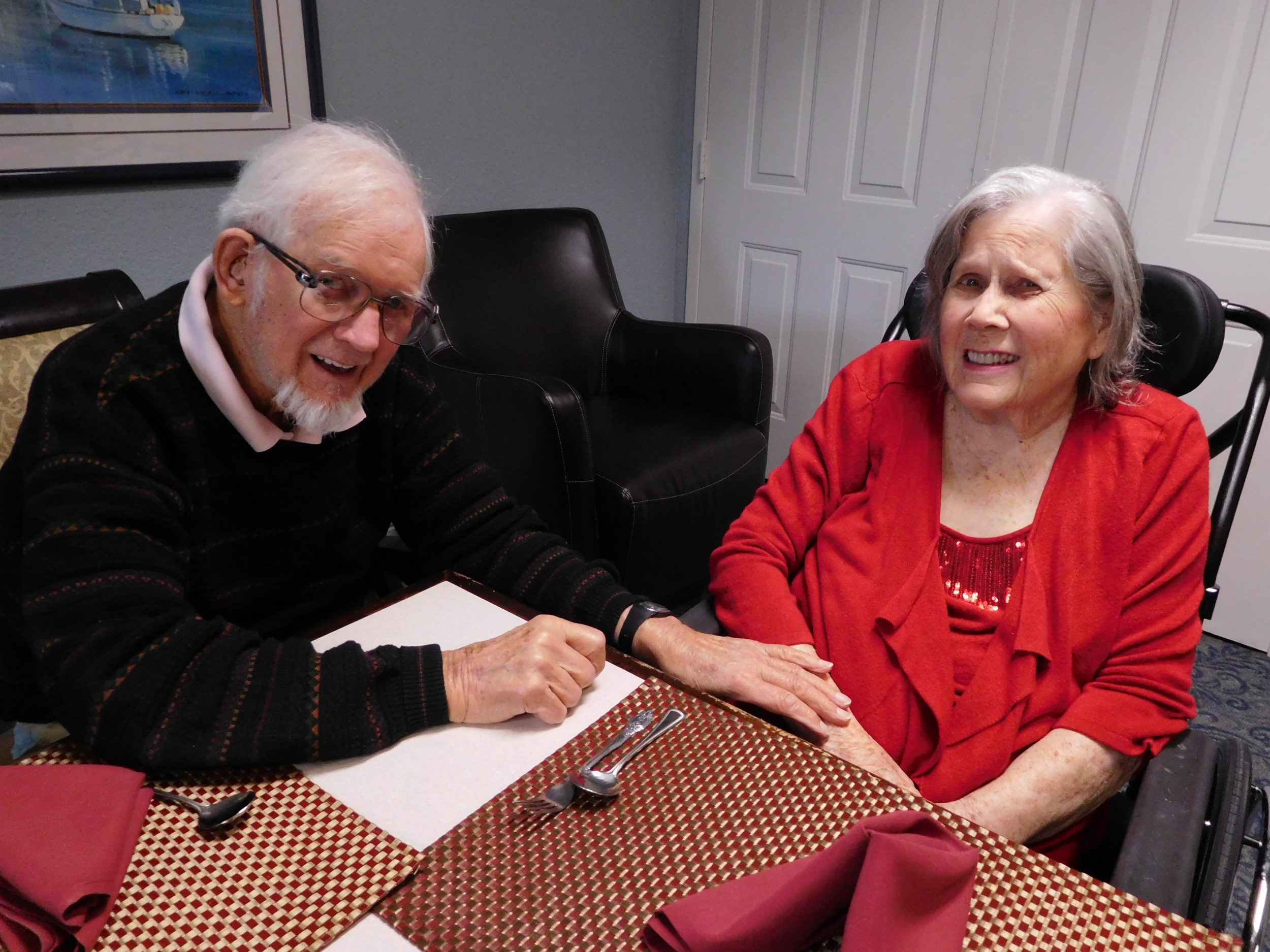 Like clockwork, George Simpson walks into Aegis of Dana Point around 4 p.m. to see his wife, Jane. He gets his cup of coffee, brings the newspaper and sits with her for a bit before they have dinner together, just like they have done for years.

Jane moved to Aegis of Dana Point in August 2012 and is part of the Life’s Neighborhood (Memory Care) program. Since then, George has driven from his home on Del Prado to Capistrano Beach to spend time with her before dinner every night.

“I try to come every day around now,” George said as he held Jane’s hand. It was the Thursday before Valentine’s Day and the couple was getting ready to celebrate their 59th anniversary. Around them, a sweetheart table sat near the entrance celebrating the love and weddings of other residents.

“I wanted to get married on Valentine’s Day, but Jane didn’t want to deal with the crowds,” George said looking at his wife. “She said, ‘Everyone gets married then, we’re getting married on the 13th.’”

They did just that in 1958. Since then, they’ve raised four kids together and have 10 grandchildren.

Together they would go camping, out to dinner, and sometimes she would travel with him while he worked for NBC.

“One year I was filming the Super Bowl in New Orleans, and she came out but didn’t stay for the game,” George said.

Before Jane moved to Aegis, she suffered from a stroke that has left her in a wheelchair, but George said this is just something with which they’ve learned to deal.

“I take things as they come,” George said. “I don’t get upset about it.”

George said this Valentine’s Day won’t be a big to-do for him and Jane, but that;s OK because they just want to spend time together.

“One of the great parts of the story for me is knowing how difficult it must have been for George to entrust care to us  and figure out how to live without his dear wife, Jane, by his side day in, day out,” said Anne Christensen, marketing director for Aegis of Dana Point. “He not only realized very quickly that this wasn’t just about Jane and the care she needed, but he too was welcomed as part of the family.”

Adoptable Pet of the Week: Smokey