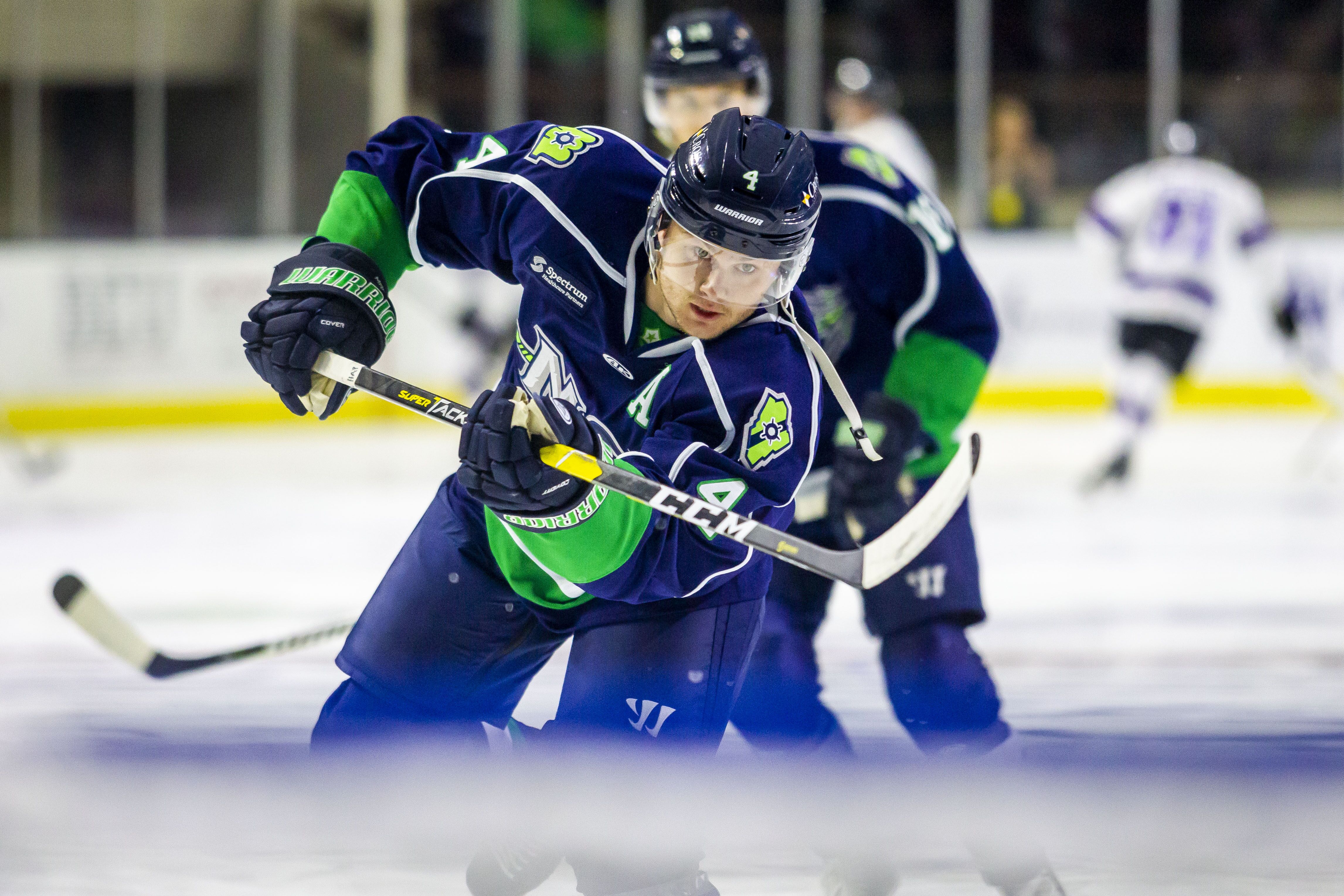 As sports leagues and organizations shut down across the country in mid-March, professional athletes across the continent scattered back to their respective homes to wait out the closures or, in many cases, to start preparing for next season months earlier than they had expected.

Pro hockey defenseman Scott Savage of San Clemente was one of those many sent home and stuck in a holding pattern while top leagues make their many decisions.

Savage, 25, had an assist for the ECHL’s Maine Mariners in a home loss on March 10, which turned out to be the last normal day in the sports world. The NBA postponed its season on March 11 and the NHL suspended play on March 12, setting off a domino effect for North American professional leagues.

“It was pretty strange,” Savage said. “We had a day off. We went into practice, and the NBA was canceled. That day of practice had a weird feel to it. This is something no one’s gone through.”

The NHL had its final games on March 11 before pausing its season the next day, and the ECHL, the second tier of minor league hockey, canceled the rest of its season, including the Kelly Cup Playoffs, on March 14.

“It’s harder to operate for the ECHL to operate without fans or anything,” Savage said. “It was happening so quickly. The worst part was there were so many rumors going around. When you’ve got 20-25 players on a team with families, and you hear things from coaches, and what’s on the news, there was so much confusion as to what the decision was going to be.”

Though paused, the season wasn’t officially over for Savage then, as he was only assigned to the ECHL’s Mariners. Savage’s contract was with the American Hockey League’s Milwaukee Admirals, the top minor-league affiliate of the NHL’s Nashville Predators. However, the AHL officially canceled the rest of its season and Calder Cup Playoffs on Monday, May 11.

Now, Savage waits on the decision of the NHL—not to play this season, but to prepare for a potential 2020-21 campaign.

“Any minor league player is at the mercy of the NHL,” Savage said. “We’re waiting to see if they’ll play out the season. The AHL and ECHL can’t start the season until the NHL season starts. So we’re all in limbo. We don’t know.”

For now, Savage is at home with family in San Clemente. Savage has a workout program from his strength coach that he’s been executing in the backyard and training with his brother. Savage says it’s mostly just general fitness, as he waits for a potential season start date to gear his full training toward.

While it might be the most unlikely place to do so, San Clemente is where Savage began his road to professional hockey.

“It was really hard to see that rink have to close,” Savage said. “Everyone practiced on Saturdays. I was starting to get better, and they let me practice up with every age group from the 1995s to the 1988s. I couldn’t leave the rink.”

Savage transitioned to ice hockey at around 7 or 8 years old, beginning first in Yorba Linda and then switching to the LA Selects out of Westminster for the rest of his minor hockey career. Savage won two national championships, as well as a second- and third-place national finish with the LA Selects.

Savage then left his home in San Clemente to join the United States National Team Development Program in Ann Arbor, Mich., for his junior and senior years of high school.

“It was a big adjustment leaving high school,” Savage said. “It was a learning experience for me and my family. I moved in with a billet family. I was representing my country at tournaments. It was a quick learning curve.”

Savage moved on to Boston College, where he played as a true freshman and graduated in 2017. Immediately after his graduation, Savage began his pro hockey career by signing with the AHL’s Cleveland Monsters and playing in three games to finish out the 2017 season.

Savage has spent the past three seasons moving between the AHL and ECHL levels. Savage played with Cleveland and the ECHL’s Jacksonville Icemen in 2017-18 and has split the past two seasons with Milwaukee in the AHL and Maine in the ECHL.

“It can be a challenge,” Savage said of the minor league lifestyle. “Obviously, my goal is to make it to the NHL. My intermediate goal is to establish myself as a mainstay AHL player. It’s difficult. When you get called up, you’re living at a hotel and eating out every night. I didn’t have my car the first year as a pro, because I didn’t know where I was going to be.”

Savage’s hockey journey came full circle in that second season with Cleveland, as he joined the team for its West Coast swing and played professional hockey for the first time in California playing in San Diego, Ontario, Stockton and San Jose.

Savage said his family traveled to all of those games, and it was a rewarding experience as a California hockey product to play professional games in his home state.

“It’s incredible,” Savage said. “It’s a big testament to the Ducks, Kings and Sharks for reinvesting in their community. It’s now a normative sport. We’d get knocked off as kids from California, and now they’re producing NHL players left and right.”

Savage is intent on pushing that California hockey dream. When and where that will be is anyone’s guess, but just as he did as a boy, Savage will train in San Clemente and be ready for his next opportunity.