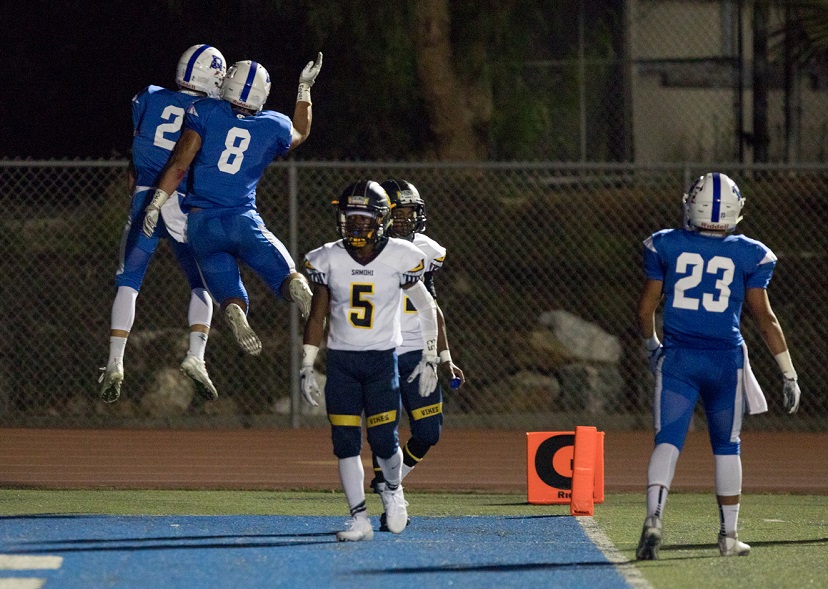 A season of “new” is getting started for the Dana Hills football team.

The Dolphins opened their summer camp on Monday, June 25. The camp will run through July 25 with fall camp opening on July 30 leading to Dana Hills’ opener against Los Amigos at home on Aug. 17.

Practices are being held at John Malcolm Elementary School as the Dana Hills turf gets a much needed refresher.

“It was 17 years old or so,” Skinner said. “It was pretty beat up and older technology. Definitely time for a replacement. I check in every day, watch the project and it seems to be on time. They dug out five to six feet of dirt and are completely resurfacing from the bottom up.”

These practices are crucial because the field isn’t the only element of the program getting a complete overhaul. Skinner’s coaching staff goes into the 2018 season with new offensive and defensive coordinators as well as a new position of assistant head coach.

“I expected it to go well,” Skinner said. “Going through the hiring, there was definitely a little more comfort. It’s been better than all my expectations. Kids, parents, boosters and the community are responding to it.”

Brad Curtis is the new defensive coordinator coming from Murrieta Mesa High School with years of experience at San Diego area community colleges. Curtis will also be a teacher at Dana Hills.

The most eye-catching hire is the addition of an assistant head coach in Dave Des Rochers. Des Rochers has playing experience with San Diego State and the Seattle Seahawks and high school coaching experience in northern California.

With Skinner as the head coach of the Dolphins, an assistant head coach is not a position common among area football programs. However, Skinner said the move has helped.

“I’m getting to know Dave and knowing what he brings and what he’s capable of,” Skinner said. “I wanted him to be part of the program. I want to win more than anything. I said, ‘Let’s do this together and help me out.’ He didn’t wait longer than 30 seconds (to accept).”

There will be plenty of new faces on the field as Dana Hills graduated its starting quarterback, leading rushers, leading receivers and leading tacklers.

Junior Zackary Saavedra is set to take over quarterbacking duties, and out of the strong group of incoming sophomores, Skinner said Saavedrea’s top target may be his younger brother Lucas. Senior center Shane Darr will be a team leader.

On defense, there are a couple strong returners in seniors Matthew Lua Mu Poching and Max Burlison. Skinner said Poching, a “big bruiser,” may make the move from linebacker to defensive end.