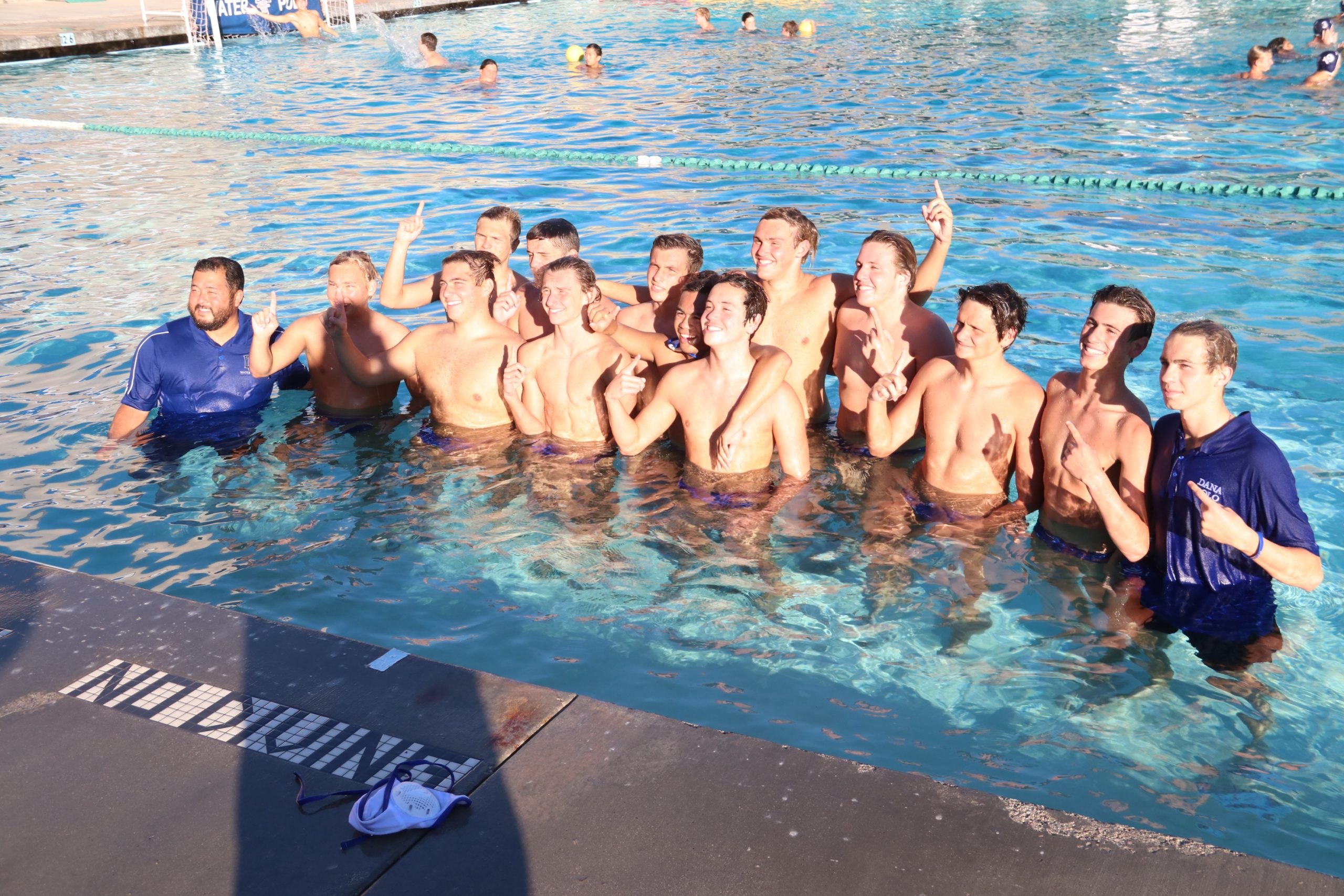 Throughout the season, Dana Hills boys water polo coach Kenny Yamamoto called his group of Dolphins “a work in progress.” They had youth and barely any varsity experience—Yamamoto didn’t count the delayed, shortened spring season as experience.

However, if the Dolphins truly are just partially through their long-term work in progress, there is more history ahead for Dana Hills.

The Dana Hills boys water polo team broke a nine-game losing streak to San Clemente in a dramatic double-overtime win over the Tritons, 11-10, on Oct. 25 to force a tie atop the South Coast League standings, and the Dolphins wiped away Tesoro, 11-3, on Oct. 27 to clinch their first league title since 2015.

“We’ve known each other for, some of us, six years,” Dana Hills junior George Wilfert said, “and we’ve been playing water polo and practices four times a week together. To win as a group, it means a lot.”

Dana Hills followed their South Coast League Championship with a trip to the CIF-SS Division 1 playoffs, where the Dolphins lost in the first round at Santa Barbara, 15-7, on Wednesday, Nov. 3.

“Really stoked that we have a core group of kids that really understand that we’re just scratching the surface,” Yamamoto said. “Hopefully, we put in a lot of work in the offseason and next year is just bigger, stronger, faster.”

The Dolphins and Tritons are true rivals in terms of proximity and game play. Players on both sides have gone against each other for years, play similar styles and always produced tight contentious matches. San Clemente took a tournament matchup on Sept. 11, 14-12, and the first league battle at San Clemente, 13-11, on Oct. 7.

The second South Coast League game at Dana Hills looked to be the Dolphins’ from the start, as they got out to an early lead. San Clemente did what it does in these matchups and stormed back to tie, and the teams went into overtime, where Dana Hills prevailed, 11-10.

“It was nerve-wracking,” Yamamoto said. “We made our play early and did our job early, and then they (San Clemente) made a play. We banded together at the end and just made one extra play more than they did. Everyone was really proud of that as a team win.”

With big games like those against San Clemente and even a Division 1 playoff loss at perennially strong Santa Barbara, Yamamoto believes his team has gained valuable experience to take forward and continue to grow the team.

The Dolphins will be back even stronger and, for the first time in six years, as defending South Coast League champions.