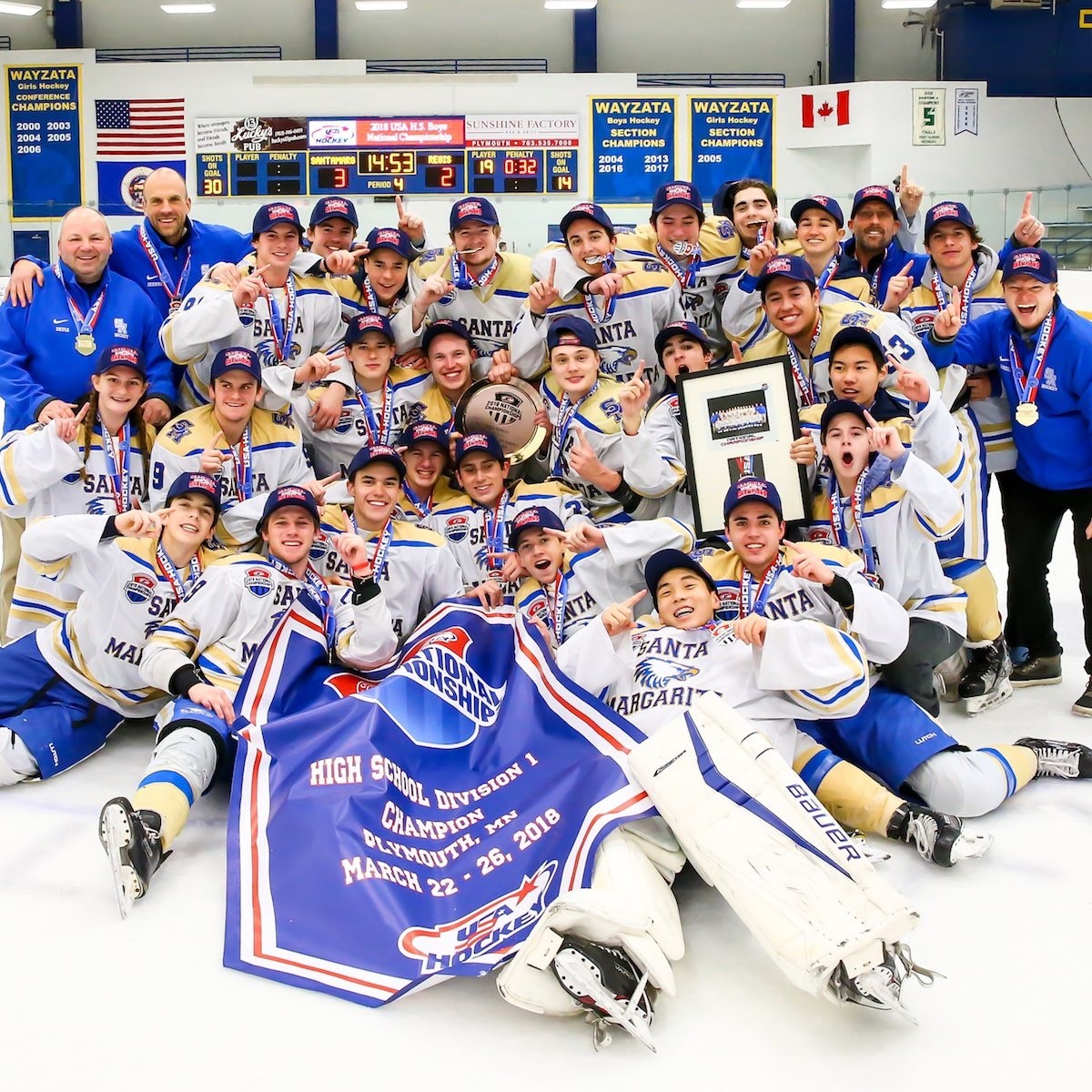 Our City Scoreboard keeps you updated on all of the local Dana Point youth and community team accomplishments and special individual performances of the week. We want to run your scores, results and announcements. Email zcavanagh@picketfencemedia.com for submission.

The Eagles tied the game against Regis Jesuit of Colorado with two seconds remaining to force overtime. Santa Margarita took the title with an overtime game-winning goal from Leevi Selanne, son of Hockey Hall of Famer Teemu Selanne.

It was Santa Margarita’s second national title with the first coming in 2013. The Eagles were national runner-ups last season and in 2015.

Taylor was the starting netminder for the Eagles in the tournament. He earned the win in all six games, allowed nine goals and made 12 saves in the championship game.

Taylor is also the starter between the pipes for Santa Margarita’s Anaheim Ducks High School Hockey League Division 1 team. Taylor went 15-0-0 with a 1.22 goals against average and two shutouts in 15 ADHSHL games.

Order to Show Cause for Change of Name