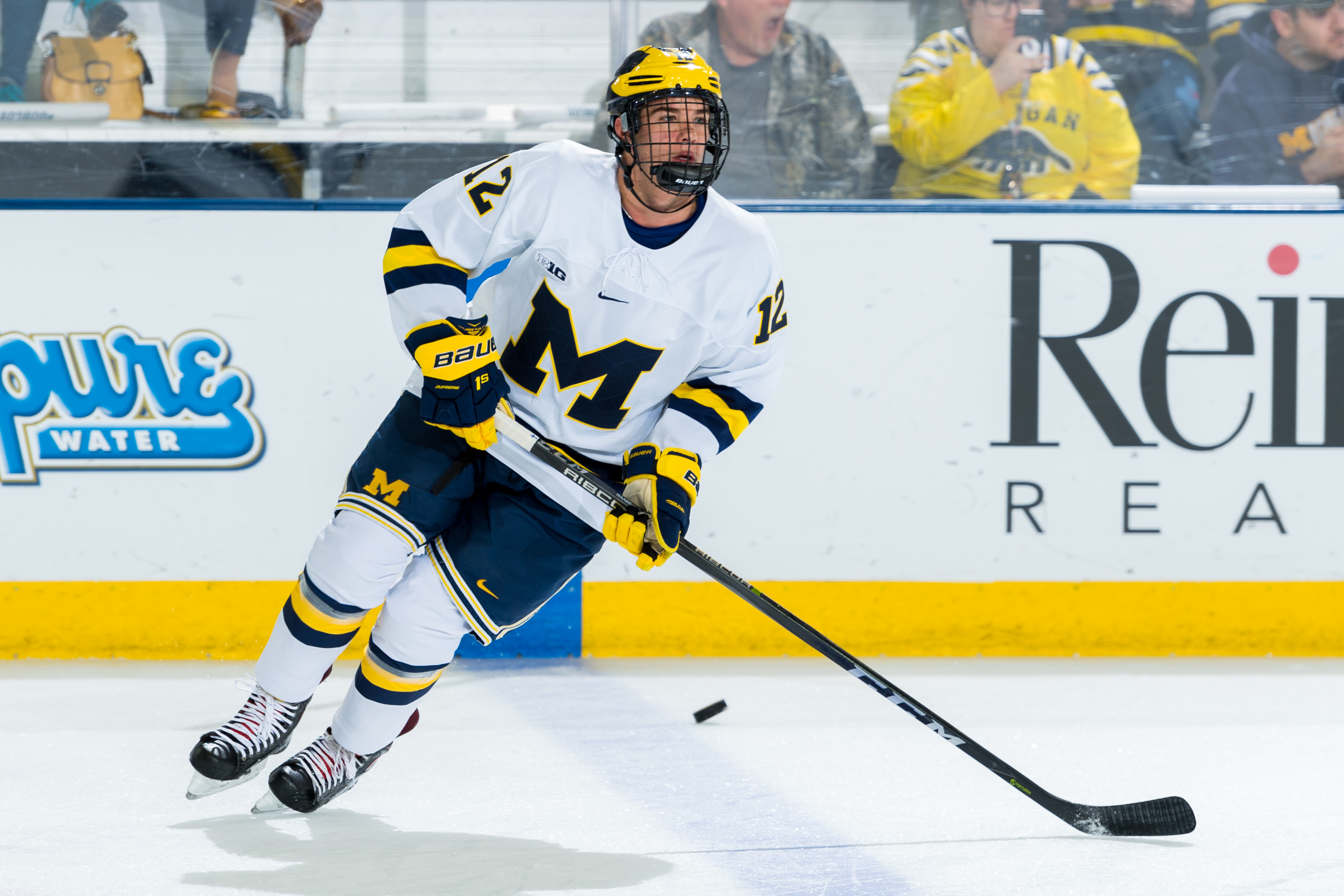 University of Michigan freshman Dakota Raabe and the Wolverines hockey team advanced to the NCAA Frozen Four after defeating Boston University in the Northeast Regional Final, 6-3, on March 25.

Michigan took on No. 2 Notre Dame at the Frozen Four in St. Paul, Minnesota on Thursday, April 5. Results were not available at press time. The Michigan-Notre Dame winner will play the winner of No. 4 Ohio State University and the University of Minnesota Duluth for the NCAA Division 1 national championship on Saturday, April 7.

The Frozen Four is the final two rounds of the NCAA Division 1 mens ice hockey tournament.

Raabe, a Capistrano Beach native, scored four goals and added two assists in his first season at Michigan. Raabe played in 32 games and earned a +5 rating.

Raabe played for the Los Angeles Jr. Kings U-16 team locally before joining the Junior A hockey circuit with the Wenatchee Wild in Washington. He played three seasons with the Wild—one in the North American Hockey League and two in the British Columbia Hockey League.