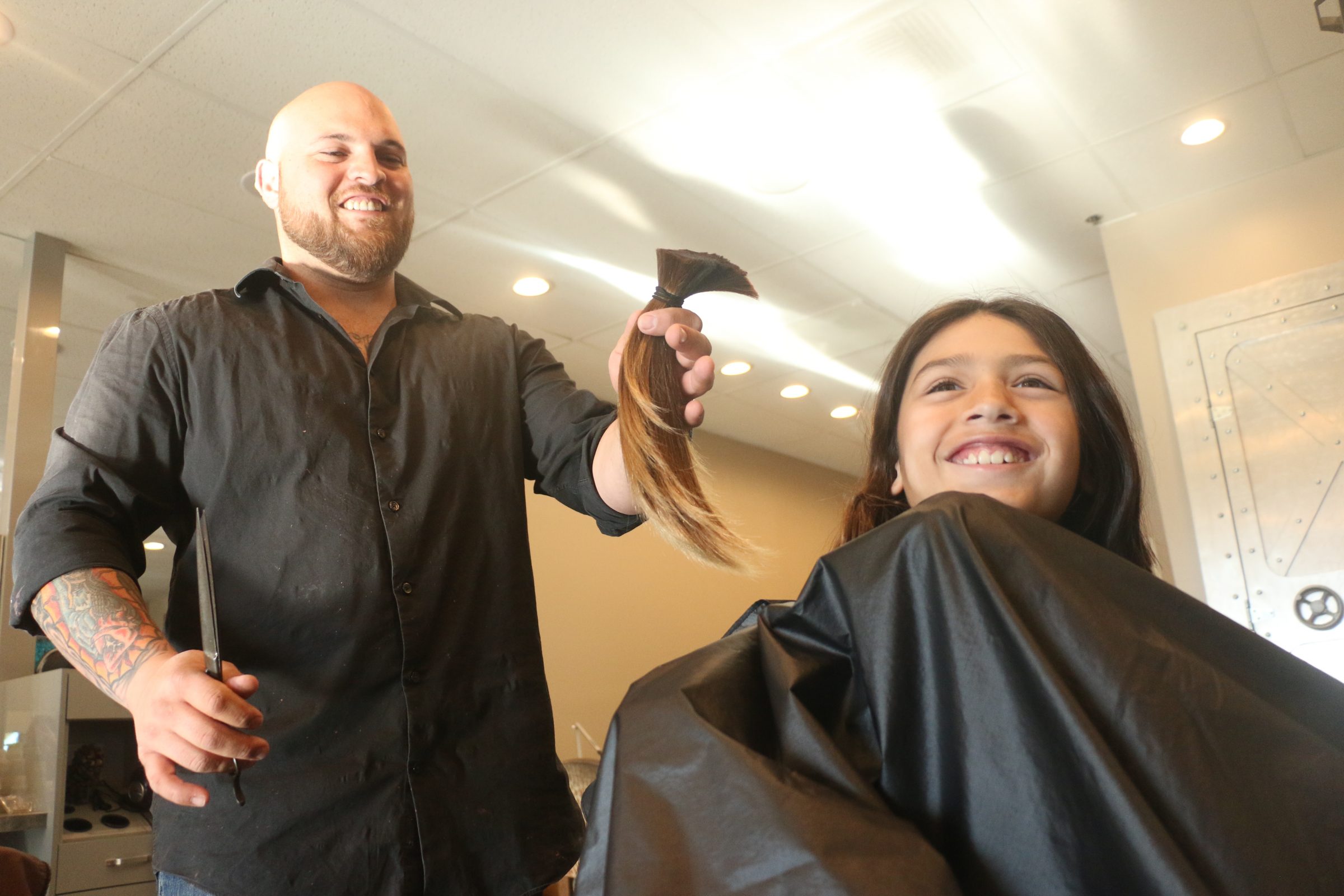 It takes a certain presence of mind for a young boy to want to grow his hair out in order to one day donate it to charity.

But Luke Acuna, 9, did just that, growing it past the one-foot length required in order to be salvaged for use in a wig.

An avid baseball fan and fourth-grader at Palisades Elementary in Capistrano Beach, Acuna said he saw a college football player do the same thing and the act inspired him to do it too.

“I hope that kid (who receives the hair) will feel happy and feel that he’s like other kids and doesn’t have to feel like he has cancer,” Luke said.

Luke’s parents have been supporting his cause since he started. His last haircut was in September 2014.

Luke’s father was coaching him in baseball when he told him about the reason why he was growing his hair out. Despite being mistaken as a girl at times by his peers, Luke wanted to follow through with it.

“When he first told me, he was playing baseball, and I said, ‘OK, Luke, it’s time for a haircut,’” said Luke’s father, Sean. “And he told me about why he was (growing out his hair). I was so moved as a parent to see a kid his age to want to do this.”

Luke’s hair will be donated to the Wigs for Kids charity. The organization donates wigs to children who have lost their hair due to cancer treatment, are burn victims or are suffering from alopecia, a rare form of hair loss. For more information and to find out how to get involved with the program, visit www.wigsforkids.org.

On Life and Love After 50: A Widower Seeks Clarity

Adoptable Pet of the Week: Remus