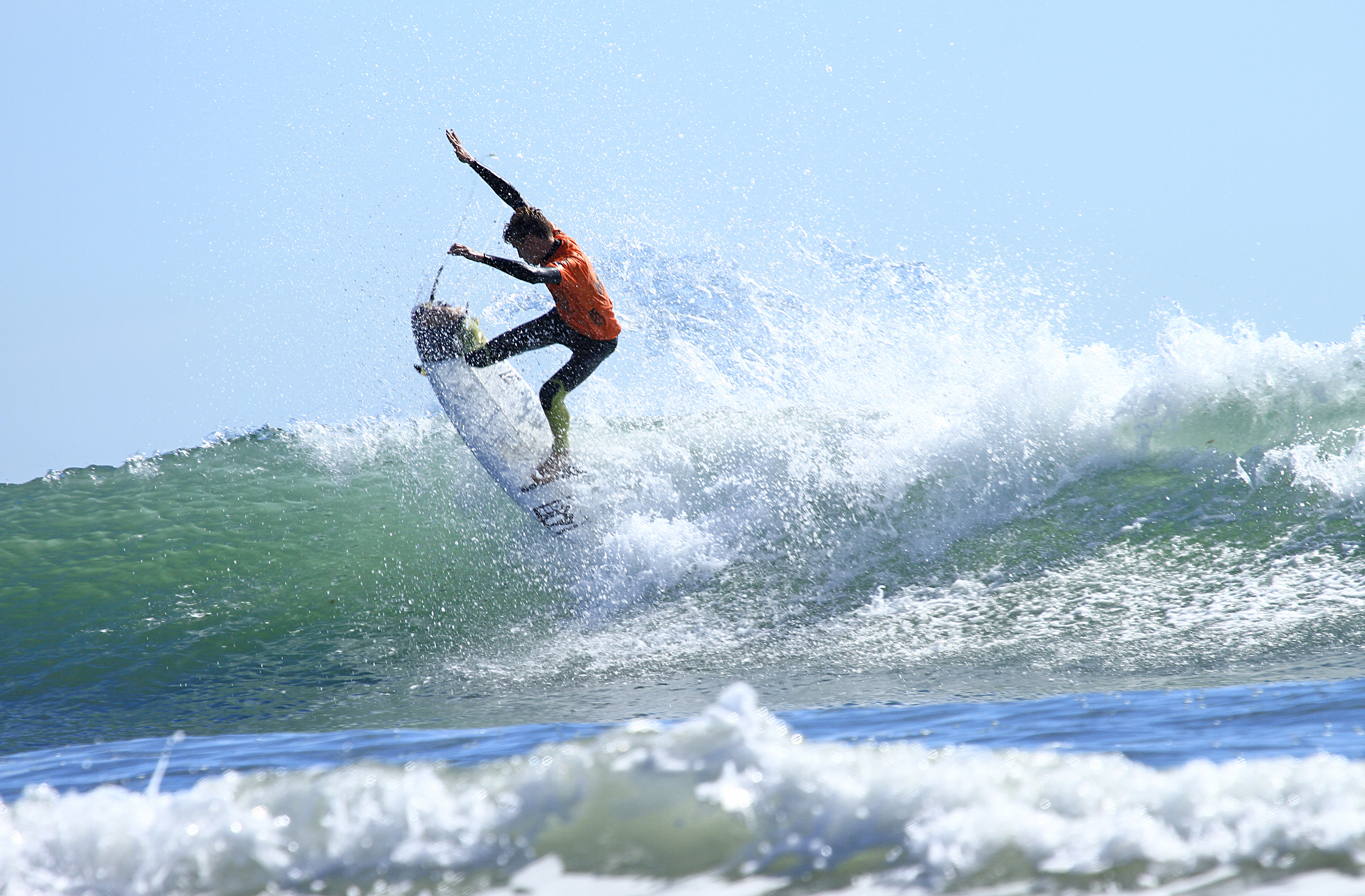 In high school individual competition, SCHS’s Conner Dand took top honors in the men’s varsity division. After scoring a 9.07 set wave early, his back-up wave, a 6.0, didn’t happen until late in the heat.

“In the final he just took his surfing up a notch and put his talented aerial prowess to work,” Aragon said, adding that his home court advantage was apparent.

“Last year I won JV so it felt like a really big accomplishment to win varsity because there were so many great surfers in the event,” Dand said. “I was really happy it went my way.”

The excitement wasn’t restricted to surfing on Sunday as Orange County Sheriff’s deputies, park rangers and authorities from Camp Pendleton pursued a shooting suspect who was on the run after a 10 a.m. incident in Dana Point. The suspect led police on a chase through the park that eventually led to his apprehension on Monday. Aragon said, despite the manhunt, the contest ran smoothly and on time.

“A huge shout-out goes out to the sheriffs, state parks and their staff for keeping a watchful eye on the situation,” Aragon said, “and also to all of the teams, coaches, competitors and spectators for obeying the orders of the authorities.”

Team and local finishers only.