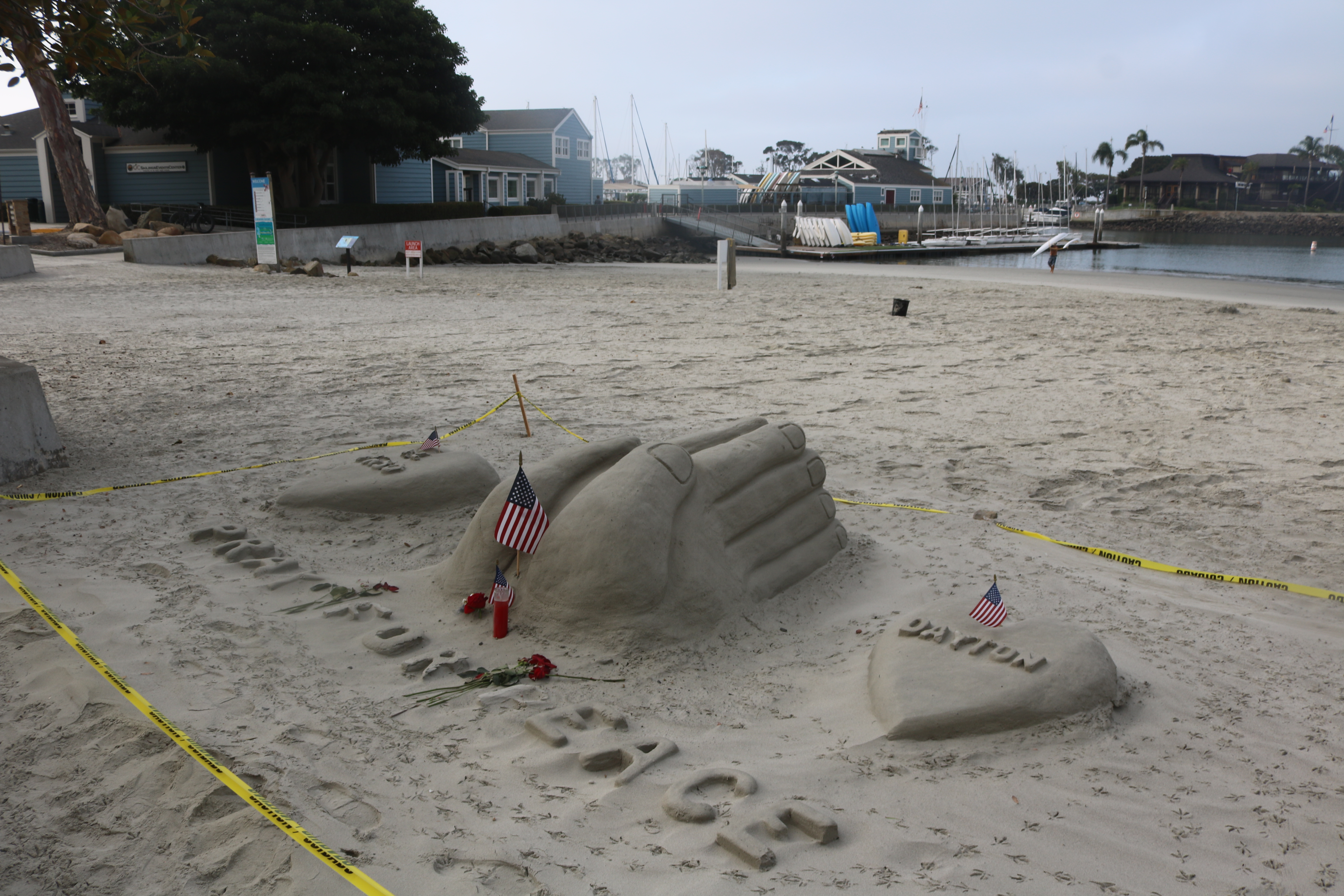 San Clemente resident Jay Bellamy created a sand sculpture to pay respect to the lives lost from a pair of mass shootings that recently killed 31 people. The sculpture stood strong as of press time on Thursday, August 8 at Baby Beach in Dana Point.

The deadly shooting killed nine people in Dayton on Sunday, Aug. 4, occurring just hours after a fatal gun attack at a Walmart in El Paso, Texas that killed 22.

Bellamy said there was a group prayer held in honor of those who had lost their lives.

“(It was to) honor those who are fighting for their lives right now in the hospitals, in honor of the families who are grieving over the loss of their loved ones, and for peace in this world,” Bellamy said. “Thank you to everyone who stopped by, and thank you for your encouragement each and every time that I do these sculptures.”

Bellamy’s sculptures have drawn attention in the community before. He also created a sand sculpture in tribute to Memorial Day, a Mother’s Day sculpture depicting flowers and, for Easter, sculpted a 12-foot crucifix, with a likeness of Jesus nailed to it, on the same beach.