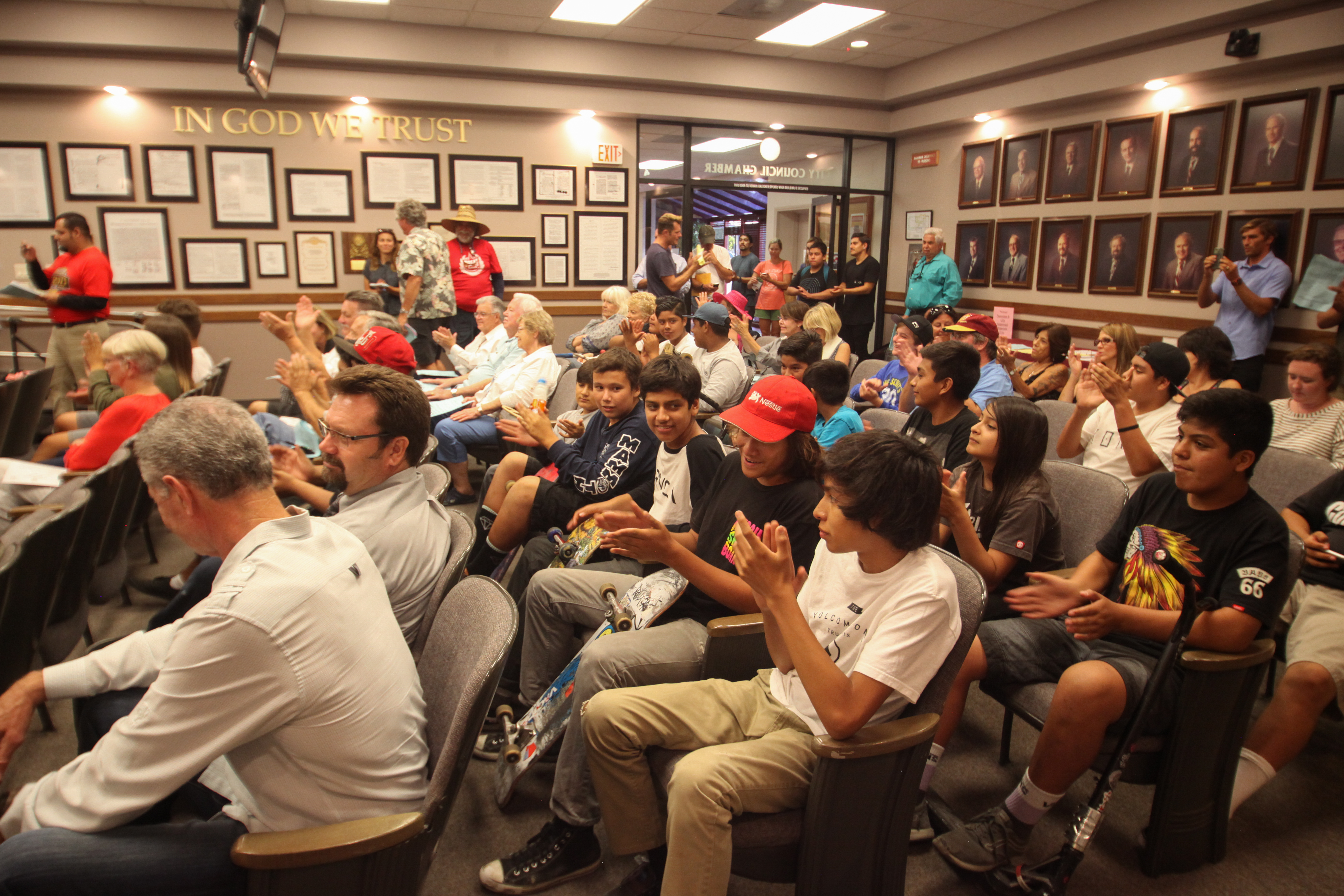 For years, skateboarders in the cities of San Juan Capistrano and Dana Point have longed for their own place to skate, and on Tuesday night that dream moved much closer to becoming reality.

While movements for a skatepark in both San Juan and Dana Point initially began just short of a decade ago, over the last several months a group called Capistrano Grind has been working tirelessly with San Juan nonprofit Great Opportunities to increase outreach, host a design workshop and present options for a San Juan skatepark to the city’s Youth Advisory Board and Parks, Recreation, Senior and Youth Services Commission. On July 20, the latter commission approved the group’s proposal for the skatepark, so long as it would not interfere with the park’s current sports fields.

Dana Point resident Brandon Phillips, founder of the “Skatepark of Dana Point” group, attended Tuesday night’s meeting in San Juan. He urged the council to invest in the area’s youth by approving the park’s location while maximizing “usage, safety and the financial income” of the park.

Phillips, who has worked in the skate industry and is currently a surf and skateboard coach, said in an interview that Dana Point officials “realize the need” for a skatepark but are “very unwilling to open up property” in Dana Point. Over the years, Phillips said he’s seen the youth of Dana Point “so let down by the city that they stopped writing letters and showing up to City Council meetings.” He believes the skaters in Dana Point will be “ecstatic” about the next step for the San Juan park.

“The skate population is really going to thrive,” Phillips said. “We’re in such a talent-rich community already—the sky’s the limit for them.”

Capistrano Grind has secured financial backing from local sponsors and is applying to become a 501(c)(3) nonprofit. The latest sponsor to join the group is San Clemente’s Sheckler Foundation, founded by pro skater Ryan Sheckler. In order to reach their $1 million goal to design and construct the park, Capistrano Grind organizer Nathan Banda said they’ll apply for a private grant from the Tony Hawk Foundation, create an online Indiegogo fundraising campaign and ask for in-kind donations, in addition to other fundraising events.

While the city of Dana Point has previously shown some interest in the project, Banda told San Juan city officials in July that the group will raise the money “with or without Dana Point.” In an interview Thursday, Dana Point City Manager Doug Chotkevys said city officials have not committed to contributing financially to the skatepark because they have not yet been approached by the city of San Juan Capistrano.