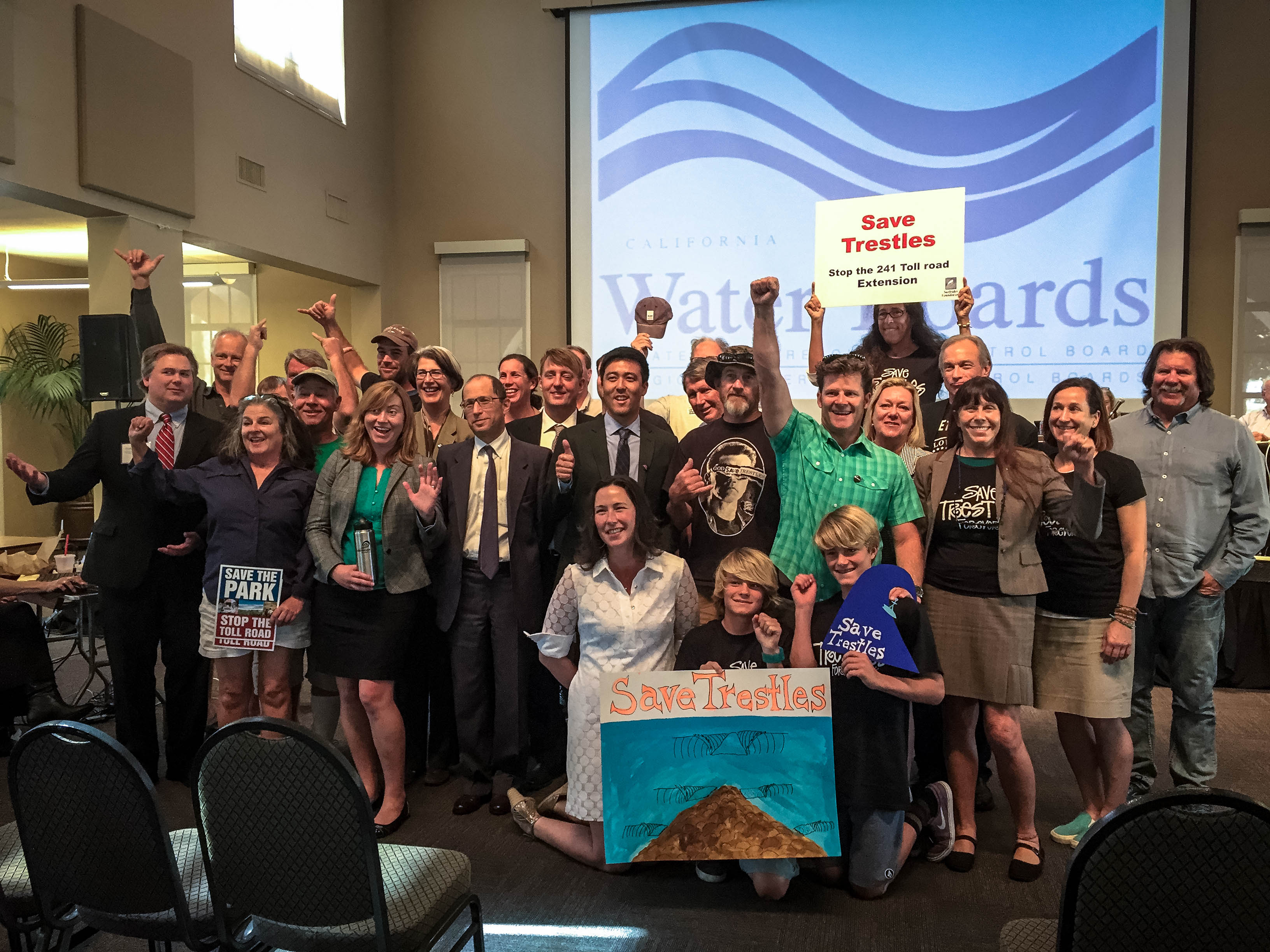 The San Diego Regional Water Quality Control Board on Monday upheld their June 2013 decision to reject the Foothill/Eastern Transportation Corridor Agency’s request for a required water quality permit for a project that would extend the 241 Toll Road.

After a short deliberation, the board voted 6-0, unanimously rejecting the Tesoro Extension, from its terminus at Oso Parkway in Rancho Santa Margarita, 5 miles south to Cow Camp Road in San Juan Capistrano, just north of San Juan Creek.

Monday’s meeting was scheduled in response to the TCA’s July 2013 petition to the board to reconsider their June 2013 denial of the project.

The board based their June 2013 decision on testimony and evidence that led them to conclude the project would cause water quality impacts and finding the project description to be inaccurate, incomplete and an effort by the TCA to build the road in segments—with the intention to eventually extend the 241 south of San Juan Creek to connect with Interstate 5 at the Orange County/San Diego County line.

More than 25 public speakers against the extension voiced concerns at the meeting which was attended by an estimated 150 opponents.

The board was also presented with 2,761 letters from individuals, six from non-governmental environmental and wildlife organizations and one from the Save San Onofre Coalition—12 organizations including the Natural Resources Defense Council, California State Parks Foundation, Surfrider Foundation, Audubon California, Wildcoast and Orange County Coast Keeper—urging the board to adopt the tentative resolution prohibiting the Tesoro Extension.

Three letters from individuals in support of the extension were received.

The original application for water quality certification by TCA in 2006—rejected by the board, the California Coastal Commission and the U.S. Department of Commerce in 2008—was for an extension all the way through to San Onofre State Park.

The TCA withdrew its application in 2009 and came back to the board with a new application in August of 2012. This 5-mile Tesoro Extension was billed by the TCA as a standalone project, not the first of a segmented plan to complete the 16 miles from the 241’s current terminus all the way through to San Onofre.

“The board responded to the overwhelming evidence that the Tesoro Extension is no more than an attempt to commence construction of a larger, environmentally destructive (project) that has been rejected by the board and every other agency that has considered the project to-date,” Elizabeth Goldstein of Save San Onofre Coalition said in a statement following Monday’s vote. “This project needs to be rethought from the ground up, or abandoned, rather than twisted to accommodate every rejection the TCA experiences.”

In a press release dated March 11, the TCA acknowledged the water quality control board’s recommended action to deny the permit at the meeting and contended there is no legal basis for the board to deny the Tesoro Extension due to independent utility, as it “can function to provide traffic relief independent of any future extensions; therefore, it has independent utility and should be judged on its own merits.”

The statement also says the extension is desperately needed and the TCA is determined to find a solution that will “strengthen its partnerships with stakeholders in a way that addresses mobility challenges and minimizes environmental impacts.”