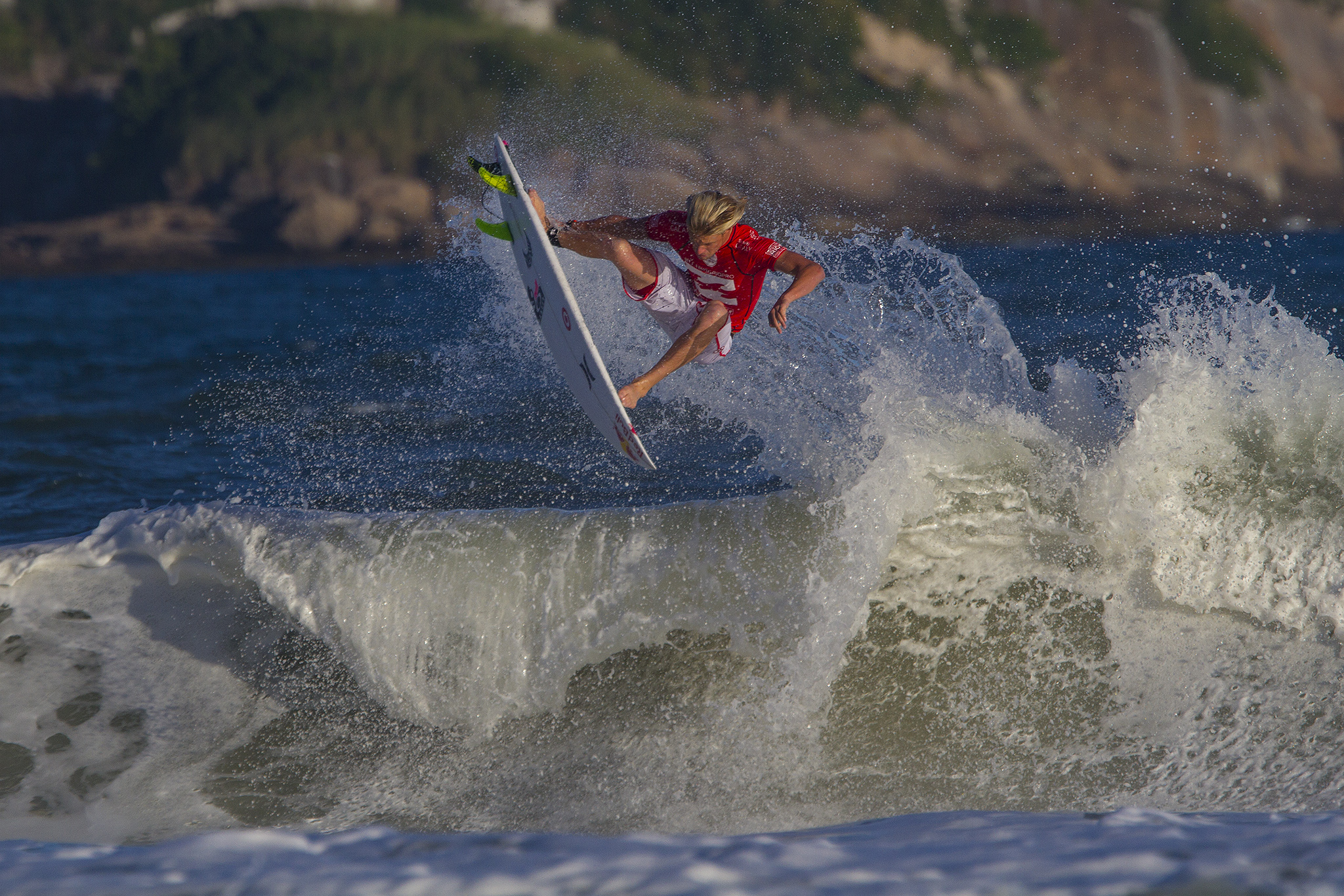 Although in the end he came up a few points short of the win, his road to the final showed a glimpse into the promising future of this rising Association of Surfing Professionals WCT pro from San Clemente.

Andino’s performance showed how much he’s grown in both strength and confidence.

From his Round 1 win over Brazilian David Do Carmo and Australian Mick Fanning to a close Round 3, 13.70 to 13.50 victory over Julian Wilson of Australia, Andino made his presence known from the start.

His first match-up with Slater came in Round 4 when he advanced in second place with a score of 10.43, behind Australia’s Bede Durbidge, who posted a 15.27, and ahead of Slater’s 5.30.

Round 5 brought another tough man-on-man battle, this time with Travis Logie of South Africa. Despite an interference call against him, Andino came up with the win, 6.83 to 6.50, to advance to the quarterfinals where he again met Durbidge, and again came out on top, 12.44 to 7.40.

The semi-final round one again brought Andino face-to-face with Slater. This time taking, Andino took him down 14.73 to 14.17.

Tahiti’s Michel Bourez proved a worthy opponent in the final, taking the win 13.84 to Andino’s 10.93.

Bourez, in his post event ASP interview, spoke of the challenge Andino’s talent for pulling off big aerial maneuvers brought to the final.

“I didn’t know what to do because the wind blows perfectly for the rights for airs and he’s kind of the grom who always can make big things. I was just expecting to get a couple lefts and that’s what happened,” Bourez said. “It’s the first time that Kolohe made the final and he’s kind of an inspiration too because he’s always there trying hard and always doing his best. And when he made the final, that makes me happy too, win or lose. But I didn’t want to lose.”

On the podium, Andino graciously congratulated his opponent and was visibly pleased to have powered his way into the first final of his WCT career.

“I’m really stoked. I really love my country but Brazil always holds a special spot in my heart. I’ve done really well here in the past and always have a really good time, so it’s great,” Andino said.

Later, still relishing this big step in his career, via a Facebook post Andino added, “Can’t believe I ended up on the podium. Beating three of my favorites ever feels fake. Wouldn’t rather lose to anyone else. Feeling really blessed right now. I’m gonna keep grinding and always #flytheflag.”

The Billabong Rio Pro was the fourth of the 11 scheduled World Championship Tour events.