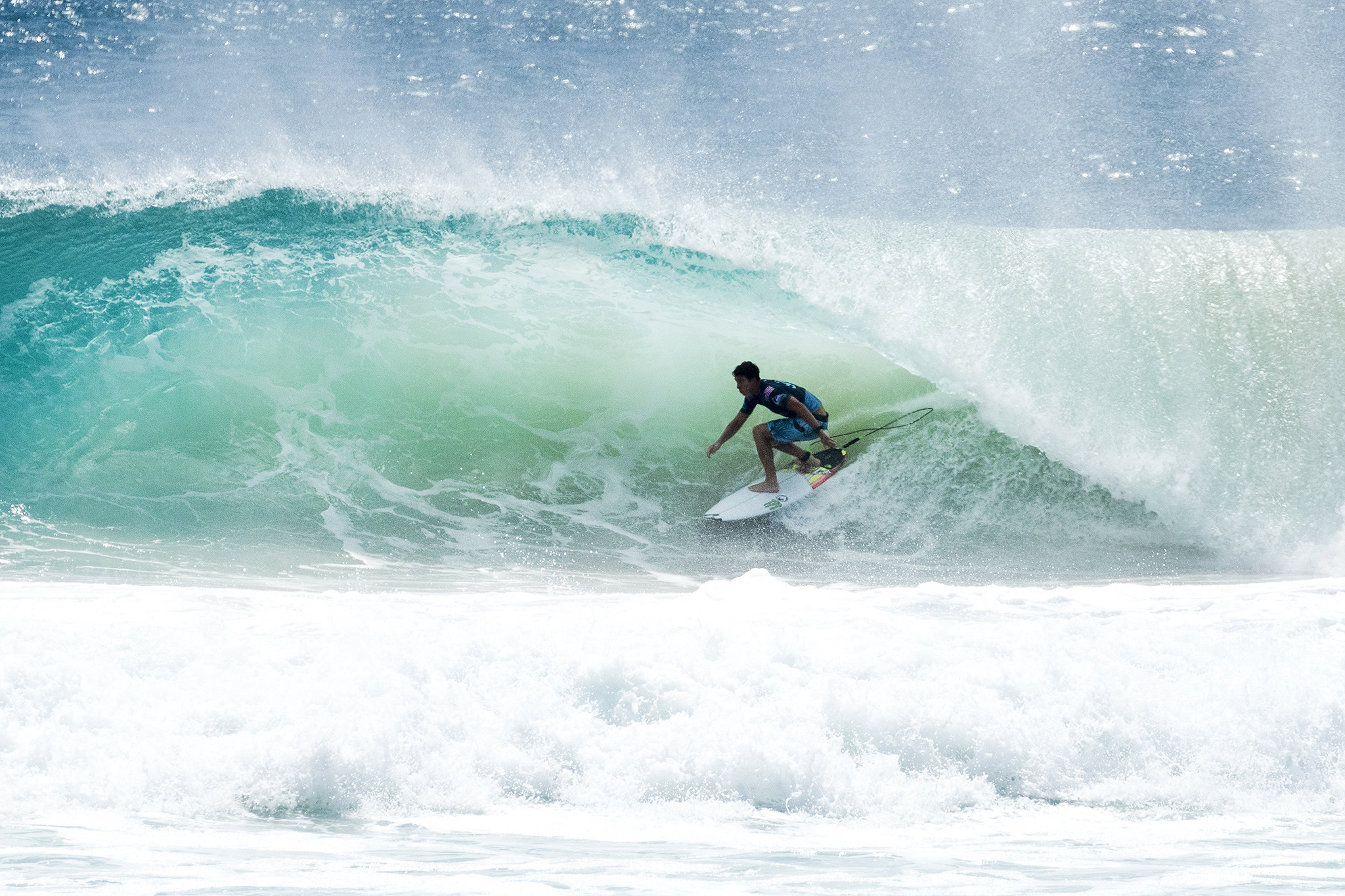 Last week in this space, we wrote about how WSL Championship Tour (CT) rookie Griffin Colapinto had won his debut heat against reigning world champion John John Florence. If only we’d known he was just getting warmed up.

Colapinto blitzed through the contest unlike any other rookie on tour today. The 19-year-old caught absolute fire. Taking out serious veteran talent, including Aussie icon and former world champ Joel Parkinson, his run at the Quiksilver Pro culminated with an all-time performance at one of the world’s all-time waves.

For most of the week, the contest took place at Snapper Rocks (located on the Gold Coast of Australia), but when the swell pulsed and kicked up a few notches, WSL Commissioner Kieren Perrow made the decision to move the contest site down the beach to the world-famous Kirra, perhaps one of the best sand-bottom point breaks on the planet when it’s on.

“Scoring good waves at Kirra is on every surfer’s bucket list, so the move here today is really exciting,” said Perrow upon making his decision. “We have a massive swell with consistent 6-to 8-foot waves rolling down the bank at Kirra with the off 10-footer.”

Now keep in mind, Colapinto cut his teeth surfing soft T-Street before graduating to only slightly more steep Trestles. Maxing Kirra’s a beast in itself. Add to that the fact that this was his first appearance on tour. It would have been understandable if he had buckled under the pressure. Instead, Colapino went out and put on a performance for the ages.

Facing Tahitian powerhouse Michel Bourez in the quarterfinals, he was calm, cool and collected. He waited patiently for the waves to come to him, and eventually one did—a perfect one.

When a big set swung his way, Colapinto put his head down and started paddling. He dug deep, fell from the sky, barely scratching to his feet as he pulled up into a giant, sandy-gargling tube. He came flying out with the spit and gave the judges a nod.

He reset his line, setting up perfectly to backdoor the next tube section. Colapinto then parked himself behind the current once again and replicated his feat. Giddy with excitement, he gave the judges another look before a third running tube section stole his heart. He threaded the trifecta of the barrels perfectly. He came out holding his hands up to the sky as if to say, what else could I have done?

The beach went mad. The judges didn’t have to deliberate too long. They threw him a perfect 10-point score. Colapinto had done it. In a contest where the judges were extremely critical and had made the surfers really work for every point in their score line, Colapinto came away with the only perfect ride of the Quiksilver Pro.

“I’ve never had three barrels on one wave, so it felt amazing, particularly in a heat,” said Colapinto afterward, perhaps still a little shell-shocked from the excitement. “I think it was the best wave of my life.”

He made the heat and advanced to the semifinals, where he faced an in-form Julian Wilson. Colapinto gave it his all and made Wilson work for the win, but in the end he couldn’t rekindle the magic. He finished the contest with a very respectable third-place result, while Wilson went on to take the win.

“I’m so happy to get third in my first event,” added Colapinto. “I’m loving the CT and hope I won’t be going anywhere for a very long time. I’m loving it here in Australia; the people on the Gold Coast are the best.”

Other local surfers in the event, Kolohe Andino and Pat Gudauskas, finished 13th and 25th, respectively.

The WSL Championship Tour now heads to Torquay, Victoria, Australia, for the Rip Curl Pro at the famous Bells Beach. The contest runs from March 28 through April 8. Based on his latest Instagram post, Colapinto’s already enjoyed his first session there and will be spending the next week getting to know the place better.