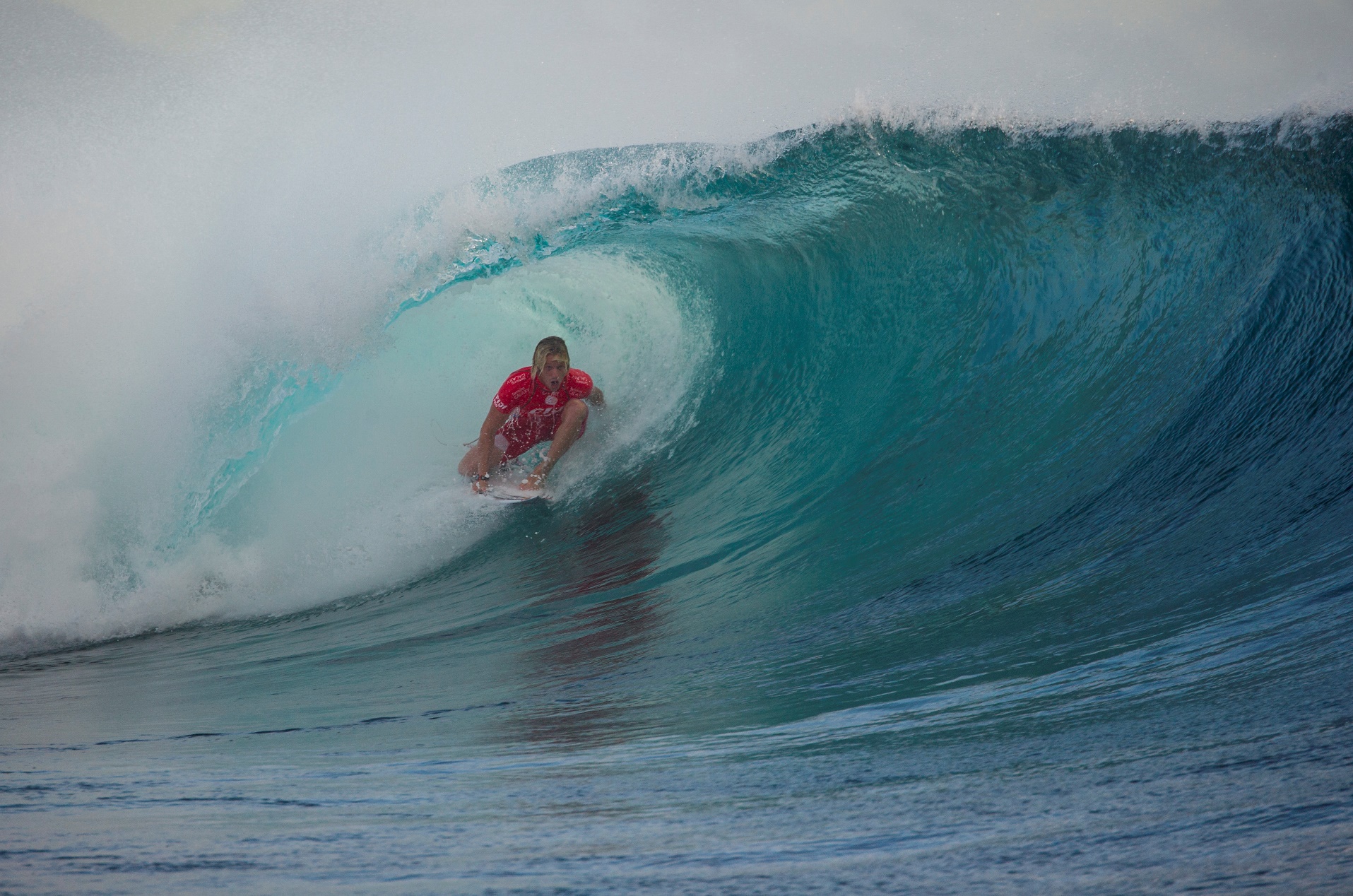 Oh Brother, where art thou?

In Fiji, preparing for his second semifinal of the season; that’s where.

Kolohe “Brother” Andino is set to take on Brazilian, Gabriel Medina today in the semifinals of the Association of Surfing Professionals World Tour Event No. 5, the Fiji Pro at Tavarua.

Andino’s road to this second ASP WCT semi of this season and his career—the first was last month at the Rio Pro where he also made the final placing second behind Michel Bourez—began with a runner-up finish behind Medina in a Round 1 three-man heat where he beat Australia’s Dion Atkinson.

Andino widened the margin separating him and his opponent in Round 3, beating Australian Julian Wilson by 2.47 points.

In Round 4 it was back to a three-man face-off and Andino, once again, came out on top, this time narrowly winning with a 14.27 to Brazil’s Adriano De Souza’s 14.14. Australia’s Taj Burrow came in third with 11.37.

“Today was for sure the best I’ve ever surfed since I’ve been on Tour,” said Kolohe Andino in a post-heat ASP interview Wednesday. “I felt really calm which is good for me and I’m stoked. I’m still improving and my board change has really helped. I’m just taking it heat by heat and really enjoying myself out there so we’ll see what happened. I’m stoked that Nat (Young) is still in the draw because he’s my best friend on Tour.”

The live webcast can be viewed at www.aspworldtour.com.