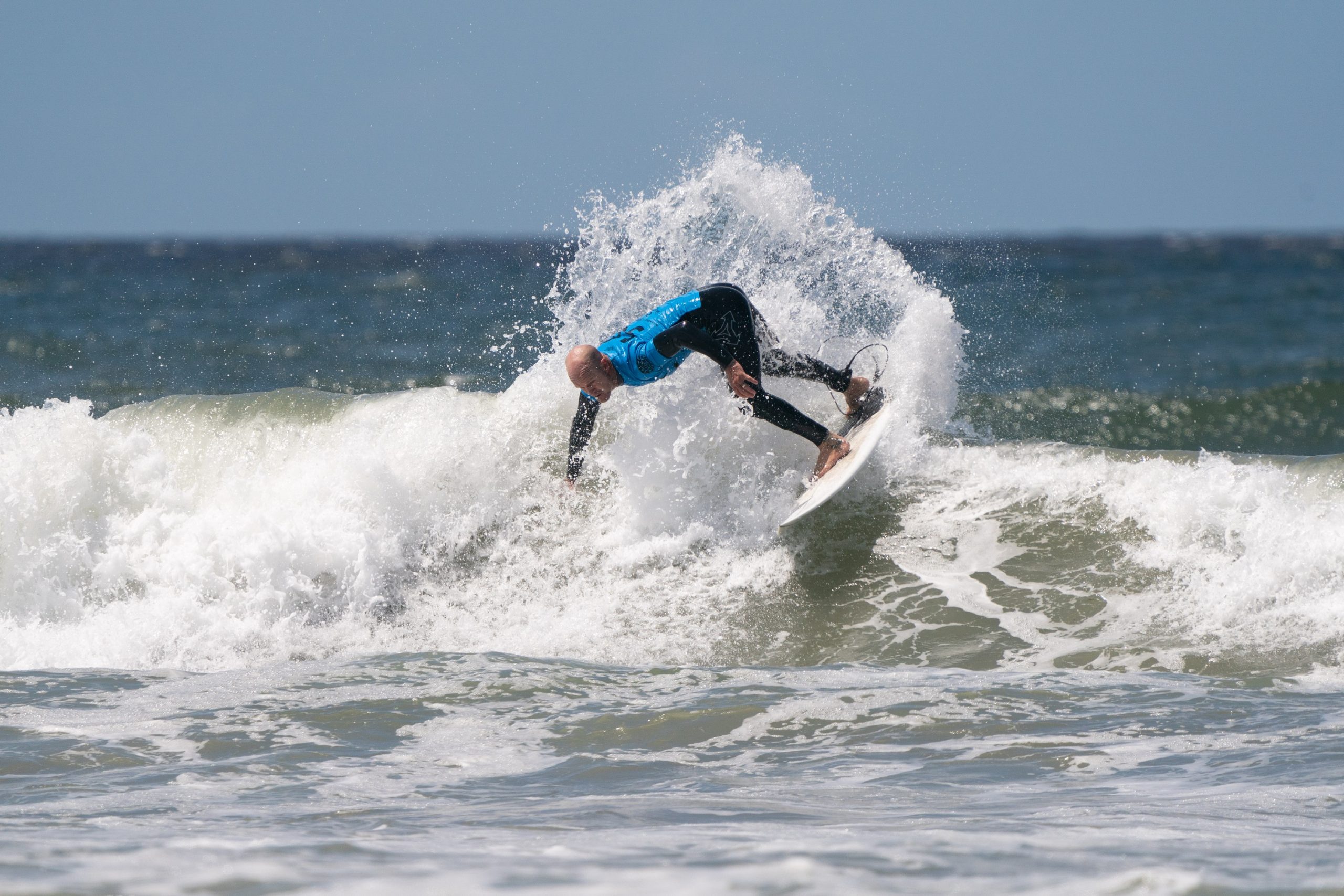 With clubs from all over the U.S. competing at Lowers, it was the local team taking the big win

If you blinked, you missed it last weekend.

Board Riders titles were won, rising stars went next level and a first-ever nationally sanctioned bodysurfing jam went haywire in the middle of the 50-year storm. What a weekend in the water.

Starting things off, the 2022 U.S. Board Riders National Championship presented by Quiksilver and A New Earth Project saw the hometown San Clemente Board Riders Club take the win in an enthusiastic—and fairly dominant—couple days of surfing at Lowers.

In the team-style event, the squad was stacked with the area’s most successful all-stars. Every heat seemingly had at least one surfer who had some form of world tour success to their credit.

Case in point, the Over 30 division was represented by Pat and Tanner Gudauskas, while Nate Yeomans headed up the Over 40 gentlemen. Then there were the real veterans including Matt Archbold, Dino Andino and Jimmy Hogan who came out to represent.

Throw in hammers such as Kevin Schulz and Cole Houshmand, as well as a handful of the next generation’s best and brightest, and the San Clemente team was nearly impossible to beat.

Ultimately, they took five out of seven heat wins on the final day. The team’s 243-point total was more than enough to eclipse the second-place Santa Cruz Board Riders, which put 197 points on the board and took wins in both the 40-49 and 20-29 divisions.

“We had an absolutely amazing time as the host club for the first USBRC National Championship” said San Clemente’s co-president Frankie D’Andrea. “To win the whole thing was a dream come true, and I know I speak for our entire club when I say that we’re stoked on the whole deal. Big thanks to everyone who traveled west and to the team at USBRC for putting together such a great event.”

While the Board Riders clubs were battling down at Lowers, the USA Surfing Prime event was going bonkers at T-Street with some of America’s brightest young talent throwing airs and dropping scores.

San Clemente’s Bella Kenworthy was one of the stars of the event, winning the Girls Under 18 division. She won every heat en route to the top of the podium. Her run was accented by a high-speed air reverse in the final, which garnered an 8.33 score from the judges.

Kenworthy also finished runner-up in the Under 16 division.

The other local standout at T-Street was Hayden Rodgers, who’s been surfing lights out as of late. Taking third in the Under 18 division, his small-wave act is just as inspired as his love for pulling into big barrels.

And finally, the aquatic festivities kicked off on Friday with the first-ever contest at T-Street sanctioned by USA Bodysurfing. Unfortunately, the morning dawned with some nasty winds and rain squalls, but eventually the sun did come out and good times were had by all.

Taking the win in the 45 and Over division was San Clemente’s Blain Morgan. One of the fastest, most gifted swimmers in this area, he may actually be part fish.

There were a lot of other surfers and bodysurfers who got after it this weekend, and a heartfelt tip of the cap to you all. The community, the camaraderie, all the fun in the sun, it’s so inspiring. We’re so fortunate. What a surf town.