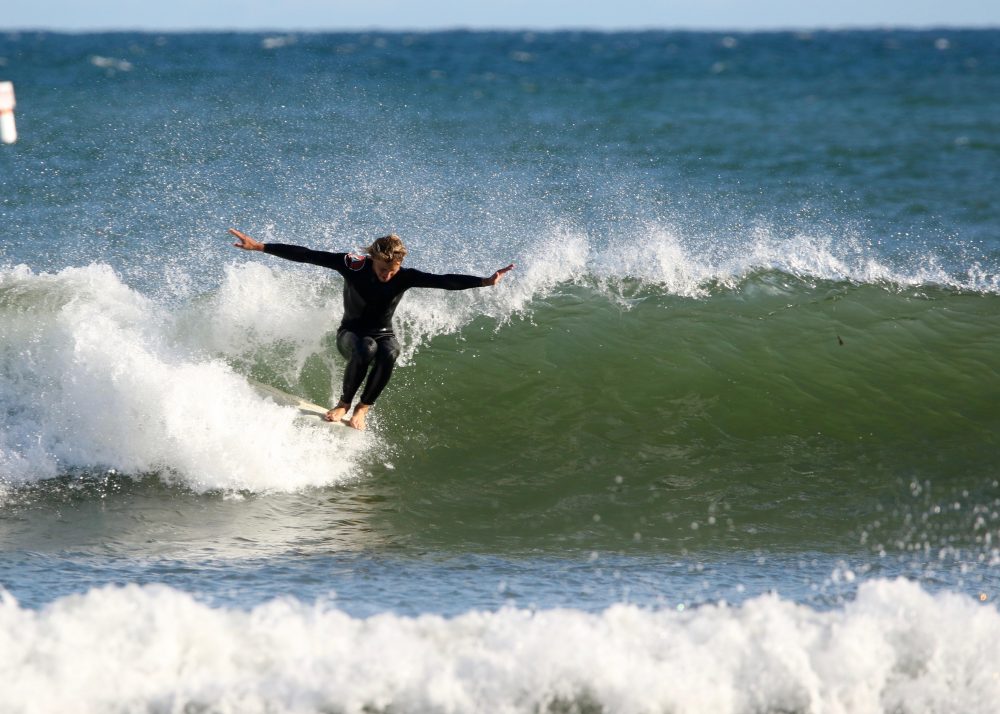 A quick dive into the Dana Point surf scene.

The next crew of Dana Point standouts are rapidly on the rise. From the high school ranks to the surf club scene, there’s a new crew coming up that is making some noise and, in the classic tradition of Salt Creek, keeping surfing interesting.

One such surfer is Dana Hills High School’s Ian Gottron, who recently bagged two big wins in the shortboard and longboard divisions at the South Coast Individual Surfing Championship.

“They are picking up on the influence of older guys like Tyler Warren,” Diamond said. “They’re the guys shaping their own sticks, making fins and stuff… just like Ian is starting to do. It’s a lot broader than just going on tour. There are some of the most incredible log riding going down from the under 20s at Doho right now, and it’s wonderful to see, very soulful.”

As for who is keeping Grotton inspired, he’s got his eyes trained on the local crew.

“When I see their whole crew riding modern shortboards at Creek, or fishes at San Onofre, or logs at Doheny, it’s a reminder that there’s a whole renaissance of stoke for all craft coming out of Dana Point right now,” Diamond said.