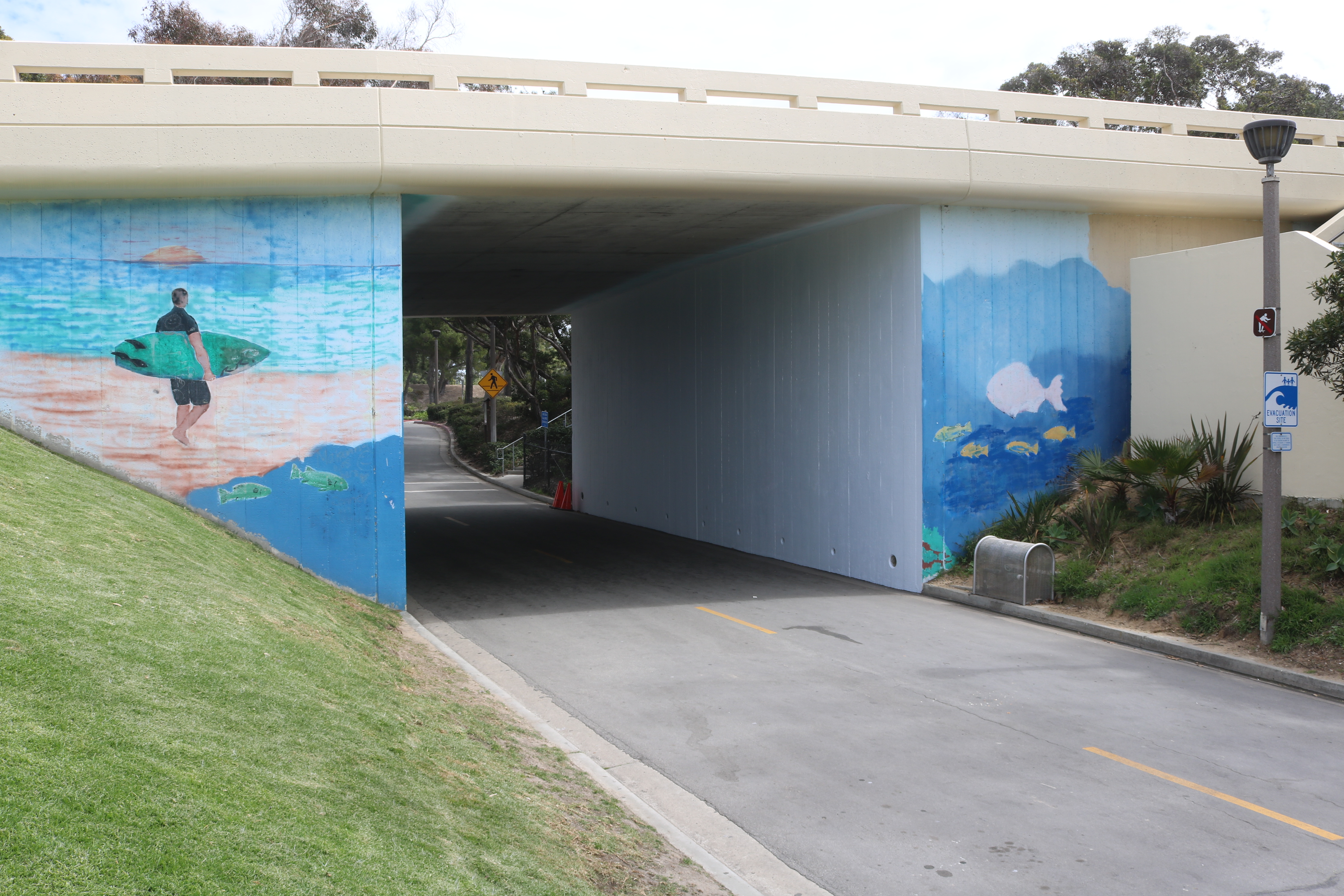 For close to 30 years, surfers looking to catch a few waves, runners hitting the trails and those looking to bask in the sun on the lush lawns of Salt Creek Beach in Dana Point have passed through the underwater world painted on the walls of the Ritz-Carlton Drive overpass.

On the morning of March 14, as reports began to come in that the southern wall of the overpass mural was being painted white, Dana Point residents wondered why their beloved landmark was being removed.

Beginning this weekend on Saturday, March 24, a new mural on the southern wall of the Ritz-Carlton Drive overpass will be drawn and painted by more than 50 South Orange County School of the Arts (SOCSA) students from Dana Hills High School. The project is expected to be finished by Friday, March 30.

The mural being created is the brainchild of Aleena Malik, a senior at Dana Hills High School. She designed the mural in her digital photography class during the 2017-2018 school year.

Last year, more than 150 students were taught in SOCSA arts classes how to construct and paint murals. After which, SOCSA submitted roughly 150 student designs for review to OC Parks.

Finally, 10 were chosen as top designs for consideration, and Aleena’s was selected to be painted on the Salt Creek location.

Natalie Hribar-Kelly, the Visual and Performing Arts Department Chair for SOCSA, made it clear that for now only this one side of the mural will be repainted.

Hribar-Kelly explained that prior to the 2017-2018 school year, SOCSA was approached by OC Parks, who was looking for a collaborative project to repaint the aging mural. Hribar-Kelly said that initially, OC Parks had been interested in having both sides of the mural painted by SOCSA students.

“We’re absolutely interested (in repainting both sides of the mural), but these kids are doing a lot and we didn’t want to immediately overwhelm them,” Hribar-Kelly said. “There is not currently a time scheduled for the other half of the mural to be repainted.”

Senior OC Parks Ranger Vlesydi Loveland said the organization is excited about the opportunity for a local school to take on the project and to highlight local artistic talent.

“OC Parks acknowledges that the Dana Point community may have some emotional ties to the (now painted over) mural,” Loveland said, “but we are excited for everyone to create new memories with this (soon-to-be) beautiful mural.”