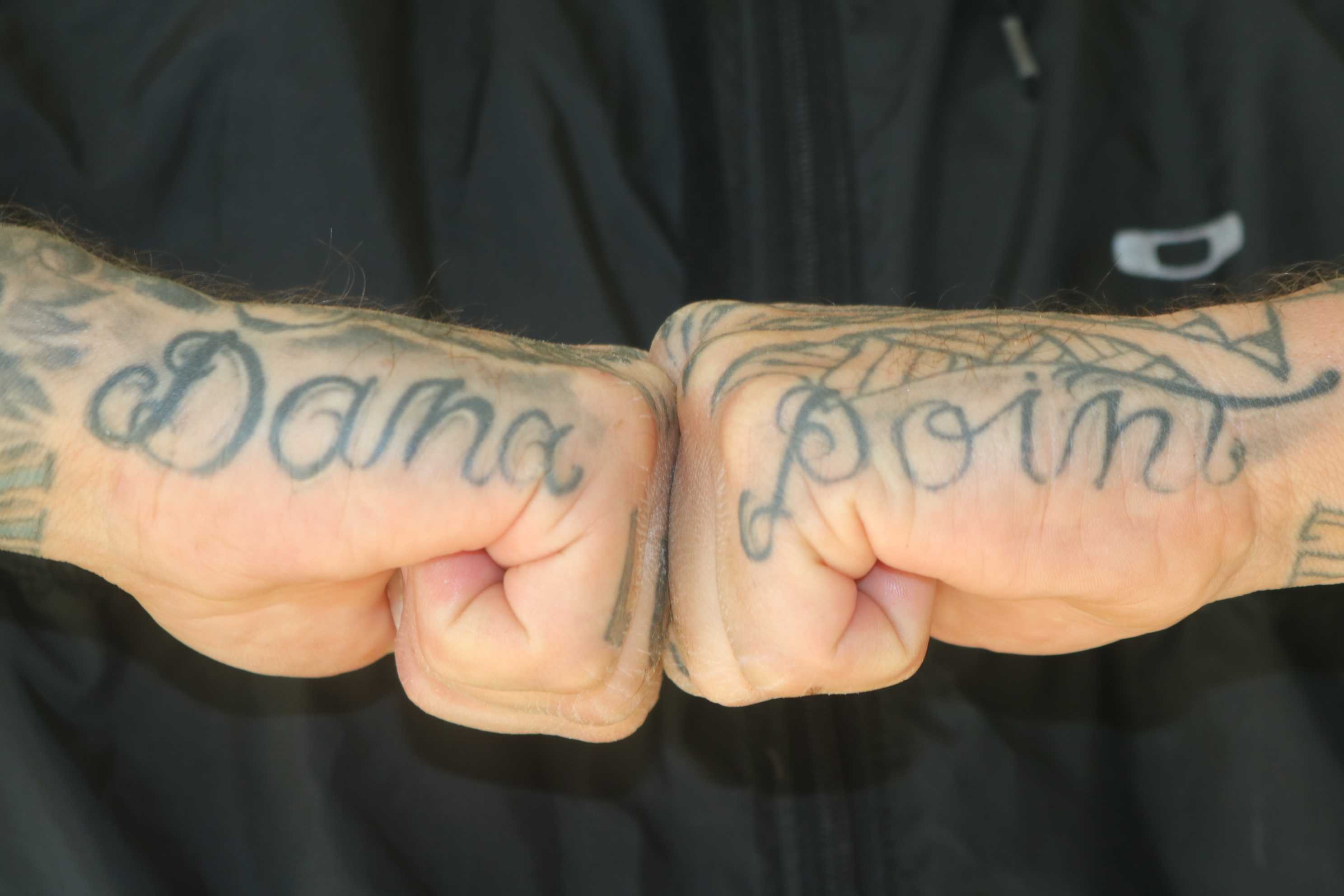 A Sailor’s Tradition: Tattooing is more than a subculture it’s a present (and past) part of coastal living

Regardless of origin, tattooing has a centuries-old, deeply engrained, and rarely discussed history in coastal communities.

Over the centuries, especially in the last few decades, tattooing has changed as much in style as Dana Point has as a city.

Craig and Ryan Christy, twin brothers as well as owners of and artists at Raygun Tattoo in Dana Point, have witnessed the transformation as a tattoo artist in a coastal community. Opening Raygun in 1993 and approaching their 25-year anniversary as a small business this winter, the Christy brothers have experienced and seen the historical ties of tattooing within the sailing niche, and the flux in trends and societal acceptance of the broader tattooing culture nationally as well as in Dana Point.

‘A sailor without a tattoo is a ship without grog; not seaworthy’

According to Tattoo Archives, a theory called the “Cook-Myth” said Captain James Cook first introduced tattoos to Western culture after visiting Tahiti in the 1700s. However, this tale has been under scrutiny in recent years. Research published on Tattoo Archives supports the theory that the permanent and decorative marking of the body, or tattooing, is primitive.

“Old school,” or “sailor” tattoos, rose in popularity throughout the 19th century as sailors traversed the oceans from port to port.

Tattoos were often symbolic markers of achievement, such as the depiction of swallows, signifying a sailor’s initial voyage into the open sea. Tattoos were also popular with the superstitious, ocean-faring crowd as tokens of good fortune. Pictures such as a hen or a pig, traditionally placed on each ankle, were considered to ward off drowning since both animals are not capable of swimming. Tales told say that God himself would look down upon a shipwreck and see the image of an animal incapable of swimming and take the tattooed sailor to safety.

By the beginning of the 19th century, Tattoo Archives estimates that 90 percent of active sailors had tattoos. It was during this period that these traditional talisman tattoos first began to take on a style of their own, in order to differentiate them from the tattoos of alcoholics, prostitutes and criminals that also frequented port cities.

Later, during the mid-20th century, tattoo artists such as Norman Collins, better known as “Sailor Jerry,” rose in popularity as they reinforced tattoos as an art form.

No longer were tattoos just for the “stewed and screwed.” Prolific art work began to differentiate this body art from permanent souvenirs for drunken sailors and port nomads to common sights amongst civilians.

Originally from Capistrano Beach, the Christy brothers were exposed to the abundant skate, beach and musical subcultures of South Orange County at a young age. These subcultures—also largely considered free-spirited and nomadic by nature, along with an abundant military presence—created a social environment to pursue their artistic passion for tattooing.

“Back in the day, it used to be a lot more traditional stuff. Walk in and pick something out from the ‘flash’ board,” said Craig. “Then in the 1990s, people started getting more interested in custom pieces.”

In the 1990s and early 2000s, tattooing received a new wave of recognition with reality television shows such as Ink Master and Miami Ink.

Although he holds mixed emotions about the impact popular culture had on tattooing, Craig thinks that wave of social presence had positive impacts.

“(Those shows) demonstrated that tattooing is symbolic and can be beautiful, and is appreciated by all sorts of people,” he said.

“It educated everyone a little bit,” Ryan added. “It helped show that tattooing wasn’t exclusively attached to the party scene.”

Recognition of tattooing as an art form has opened avenues for more successful and more honest business ventures—such as Raygun Tattoo—as well as increased regulation that assures a safe and healthy experience for both the artist and the customer.

An inherent subculture, the rebellious nature of tattooing may never be forgotten from its naval roots, but increased recognition continues to distance the art from any unnecessary negative stigmas.

Standing in their studio on La Plaza, the Christy brothers spend time explaining the modern tattooing experience rather than mention their own work. As the Christy brothers said, being a tattoo artist is also a mental and emotional job, in addition to the physical skill set. There is also an existential approach, with the value of the tattoo lying solely in the meaning it holds to its owner.

“Tattooing is just as much about the meaning behind the tattoo as the aesthetics of it, if not more,” said Craig. “I have to work with a lot of people on that. Sometimes, it’s easy. Someone wants this or that, and they are of right mind and sober, and it is what it is. But I think the best approach is for everyone to work together, to take some time from beginning to end, and make something truly meaningful. You have to pull out your emotional scissors for every tattoo.”

Some of the Christy brothers’ favorite projects over the last 25 years were large-scale colorful designs covering most of the client’s body and others were small and traditional. Diverse in style, these standouts shared the commonality of being unique.

After the waves of changes the culture of tattooing has gone through, the Raygun owners said they now spend an equal amount of time on involced projects with repeat customers as they do with walk-in customers.

“It’s funny, you know? Tattoos aren’t and never have been, a sustainable business. Most people don’t want a full body suit,” Ryan and Craig said. “We always need new clients. We grow and are able to keep going, largely based on our clients having good experiences and relaying that experience to their friends. We have so many clients that we have done work on multiple generations of their family. Really, it’s trust and community.”

Learn more about Raygun Tattoo and its permanent mark on coastal communities at www.raygun.tattoo