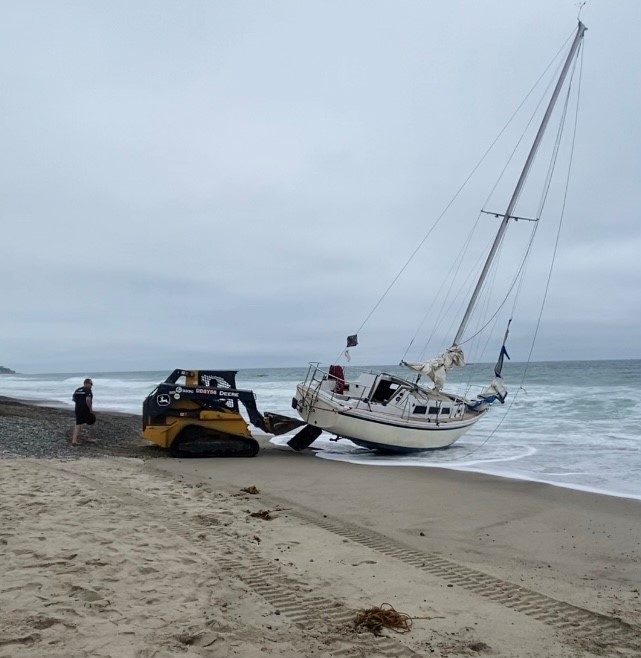 A sailboat on Tuesday, June 29, had to be towed back out to the ocean after it had washed ashore near T-Street the night before, according to witnesses in the area.

Sgt. Todd Hylton, Orange County Sheriff’s Department’s public information officer, explained that authorities on Tuesday morning met with the boat’s owner, who had been aboard the vessel when it reached the shore shortly after midnight.

Hylton said he didn’t have any details as to why the incident occurred or where the boat was originally docked, other than the boat was tied up improperly.

Witnesses told Dana Point Times that throughout the day Tuesday, passersby gathered around the beached sailboat to take photos before it was eventually towed out to sea during high tide.