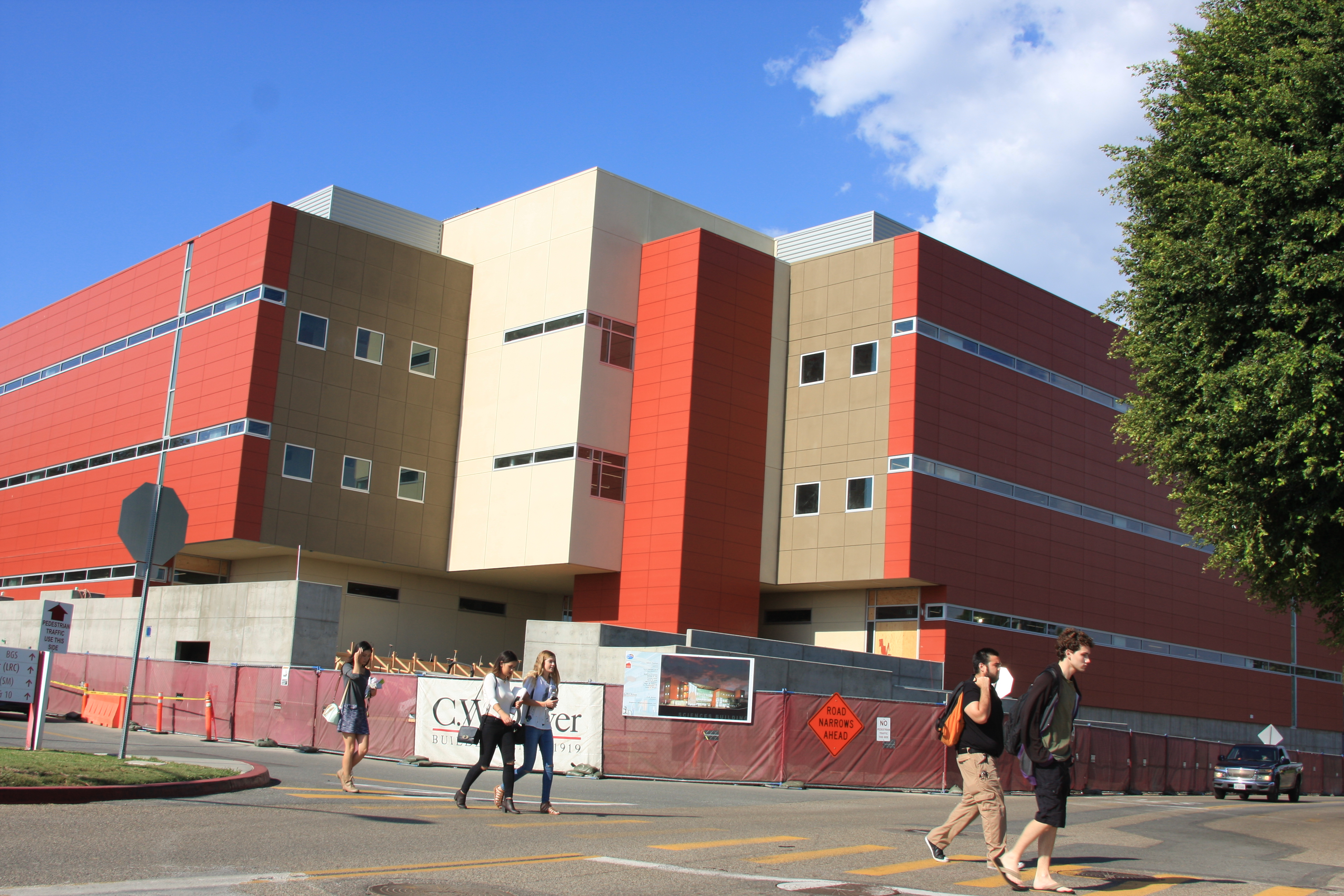 As Saddleback College approaches its 50th anniversary in 2018, the school is looking toward the future with a number of projects in academia and facilities.

In its nearly five decades of service to the community, Saddleback has been a staple for local students, both traditional and non-traditional, and has continually strived to meet the needs of the changes in local population and culture.

Well-known in the tri-city area, as well as across south Orange County, as the local college, Saddleback draws a large number of area high school graduates from San Clemente, Dana Hills and San Juan Hills high schools—many before they’ve finished their senior year.

As the college finishes out its fifth decade of service, we are taking a look at current challenges and new developments on the horizon.

Kathy Werle, Ph.D, Saddleback College vice president for instruction, said although the college has no plans in the immediate future to offer four-year programs, it is possible specialized curricula could develop.

In January, 12 community colleges were selected to offer pilot four-year programs, but Saddleback was not among that group, as California community college officials deemed the school was better suited as a two-year college.

“The (California Community College) Chancellor’s Office was really looking at offering high-unit programs that exceed the number we can allow students to transfer with and competed with programs four-year California universities offer,” Werle said. “Our project was … seen as too close to what the four-year universities were doing.”

The community colleges selected to receive four-year programs were given bachelor’s degree offerings such as dental hygiene and mortuary science—programs that Saddleback wanted but did not get. Had Saddleback been given these four-year programs, Werle said, it would have put them in direct competition with current four-year schools to which the community college currently sends its two-year transfer students.

Although not selected for four-year programs, at least this time around, Saddleback’s overall mission as an institution has continually changed over time in many other ways, Werle added.

“Historically, Saddleback had a heavy concentration of career technical education programs,” she said. “I think people in the community see us more as a transfer institution now. And Capistrano Unified School District, as well as Saddleback Valley (district), are working to strengthen adult education and we got funding to increase the number of classes offered.”

From adult education programs for non-traditional students furthering their education, to concurrent and dual enrollment for students wishing to take college courses before they graduate high school, Saddleback officials work to keep pace with community needs and demands.

Werle said some of the classes offered are especially beneficial because high school Advanced Placement class credit can be fickle—some universities require a top score on the test in order to receive credit, and if that doesn’t happen, the class doesn’t fulfill its intended purpose.

Advancement Via Individual Determination is also offered at Saddleback, which helps students acclimate to the college environment. Werle said Saddleback is the only community college that offers AVID—a national high school program—in California.

A big part of the college’s role is to ensure credit transfers are guaranteed in order to facilitate students to larger universities to complete their bachelor’s degrees and beyond, Werle said.

“We have a number of programs specifically aligned with the university programs,” Werle said.

The Freshman Advantage program offered by the college engages new students with help in planning their academic schedule throughout their studies. Next fall, Werle said, the college will work on a cohort-based schedule that would give students more time to take general education courses while they decide on a major.

The college is also looking to implement a June 20 start date for summer classes, after the high schools are out for the year. And early registration will now take place March 15.

Local high school officials have taken note of the statewide push for community colleges to offer more four-year degrees, and they’re eagerly waiting for those opportunities to come to South Orange County. Of the 60 percent of CUSD’s college-bound seniors who attend Saddleback College, a significant number of students come from Dana Point, San Clemente and San Juan Capistrano.

Maureen Scherf, head academic advisor at San Juan Hills High School, said although Saddleback College is not yet part of the statewide pilot program, she’s looking forward to future opportunities at the school for students to get their bachelor’s degree in career technical education fields.

Scherf said the technical training that community colleges are beginning to offer students is invaluable in today’s job market and makes students much more employable. She added that this is particularly true in Orange County, which she said is “saturated” in bachelor’s degrees.

“The most important thing is just focusing on career technical education—industry sectors that traditionally in the past 10 years haven’t hired a lot of kids because they aren’t trained” Scherf said. “Community colleges are looking to train those kids.”

“We’re always appreciative of [Saddleback’s] willingness to work with us as a district,” Alleman said. “They have an innovative and cutting edge perspective on how we educate students at the high school level.”

The college is currently constructing a new sciences building, an 81,381-square-foot building with 26 science laboratories, four classrooms and staff offices, according to the annual state of the college report given by Saddleback President Tod Burnett, Ph.D, in August.

The building, expected to be complete in fall 2016, is the most visual sign of progress on campus currently—one that will not only be an improvement for the school’s science programs, but is also leading to a need for the addition of other new facilities.

Tony Lipold, athletic director and dean of kinesiology and athletics, said the new science building has created a parking issue, which in turn will result in the 2018 addition of a new stadium and practice fields.

“In order to provide more parking closer to the new science building, our east practice fields for football and soccer—that now surround the baseball field—will have to be relocated,” Lipold said. “A new stadium has been on the radar, since the school opened. The current stadium has always been regarded as temporary, the only permanent features in it being the lights and the home bleachers. It has worked but it hasn’t been ideal.”

With funding finally in place, a new 8,000-seat, state-of-the-art facility is slated for construction in 2018 at the site of the current stadium, he said. The project will also include nine track lanes and a field also suited for soccer, football, lacrosse and concert events inside and outside, new fields for soccer, football and area for track and field throwing events.

“The new stadium is long overdue,” Lipold said. “Probably the thing its construction will have the most impact on is the fact that it’s going to be a stadium for use by all south county high school teams that have historically had to play CIF championship games at places like Orange Coast College and Cal State Fullerton, the closest suitable stadium being about 30 miles away.”

Lipold also said he sees the new stadium as creating a new gateway to Saddleback, both physically—due to its location as people enter campus off of Avery Parkway—and with regard to recruiting, by hosting both high profile high school and college events.

Community Fixture, The Fuel Shack, Closes on a Good Note