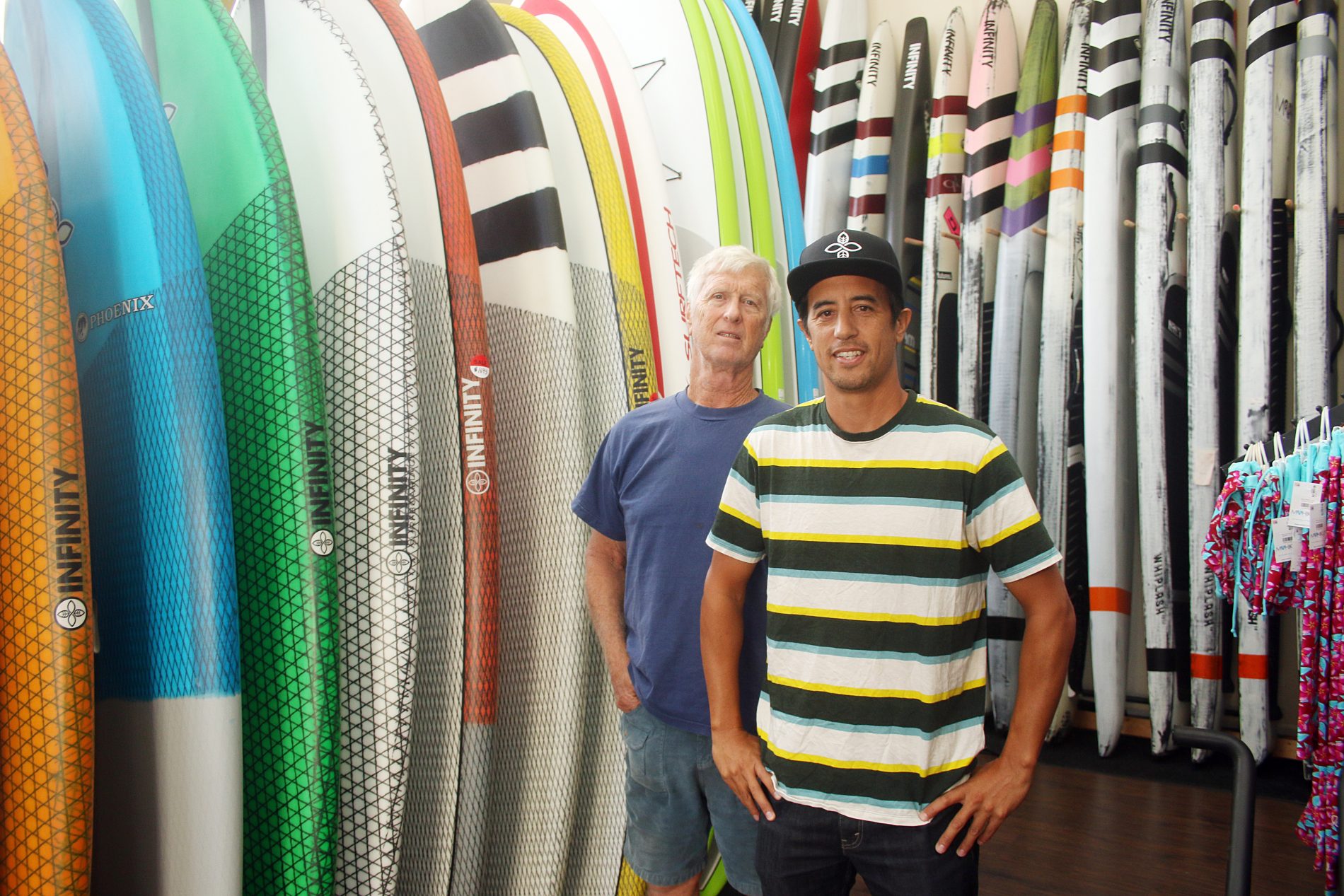 Much like the crisp waves at the Doheny surf breaks, adrenaline crashes over Dave Boehne when he speaks about the Pacific Paddle Games.
He’s seen the sport of stand-up paddle boarding (SUP) flourish from humble beginnings to a global phenomenon within the last decade.

“As the games approach, you get nervous driving by; you look over and you get those feelings, like a big baseball fan walking on Wrigley Field, when you’re walking at Doheny,” Dave said. “It’s just like sacred paddle ground.”

Dave described the Pacific Paddle Games as the “Super Bowl” of SUP. The surf break at Doheny makes it an ideal location for SUP races. The waves are typically crisp and rarely over five feet, so competitors aren’t thrashed around by the ocean.

Dave said he has attended every Pacific Paddle Games, which started in 2008 as Battle of the Paddle, and this year’s events take place Sept. 30 and Oct. 1 at Doheny. He said the popularity of the event draws thousands of spectators to the beach.

“I think SUP has become more popular because it’s easy to do, and it’s not that expensive,” Dave said, adding there aren’t lift tickets to pay like in skiing or green fees in golf. “Anybody can learn it in 15 minutes. The learning curve to become a professional is steep, but to initially do it is really easy, and it’s a good exercise.”

Dave co-owns Infinity Surfboards with his father, Steve, an accomplished surfer and SUP innovator. His brother, Dan, is also a board shaper and his mother, Barrie, is also involved with the business.

Steve was one of the first to manufacture and advertise SUP boards and equipment since the industry started to blossom in the early and mid-2000s.

Infinity has been making surfboards since 1970 and has been a Dana Point business for more than 30 years, and their current manufacturing facility is located in San Clemente.

“There wasn’t even, really, an industry until 2009,” Dave said. “Then racing (became popular) starting around 2006, so he started making competitions boards.”

Steve said since the 1920s in Waikiki, Hawaii, paddler-boarders were exploring the possibility of utilizing stand-up techniques to impress tourists and other uses. He said in 2008 when big-wave surfer Laird Hamilton explored the sport, it brought more exposure to the culture.
“I had just made a new tandem surfboard, and I had a kayak paddle, and I sawed the handle off and put a T-handle on it, stood it up, took the picture, and that was our first advertisement for a stand-up paddleboard,” Steve said.
Steve said paddle-boarders first started using surfing longboards to compete in the competitions, but soon after that serious paddlers began using race boards, and the competitions began to ignite. From then on, he said Infinity started making race boards a top priority—which, by his estimate, is now equal to or surpasses the company’s demand for surfboards.

“We were fortunate enough to be at the beginning of stand-up paddling,” Dave said. “Just by luck, we got into the sport real early. It just so happens that the biggest race in the world in stand-up paddling is in our backyard, and that’s super fun for us.”

The future of the sport looks bright, Dave said, but the initial novelty has worn off a little.

“It’s definitely had a bit of a (plateau). For a while there it was like the gold rush, but now it’s a bit more flat-lined,” Dave said. “The boards are getting faster, people are riding bigger waves and the natural progression of the sport—especially in design—is really exciting for us.”

According to a report by The Enthusiast Network, the 2016 Pacific Paddle Games attracted more than 500 competitors when it was hosted at Salt Creek Beach.