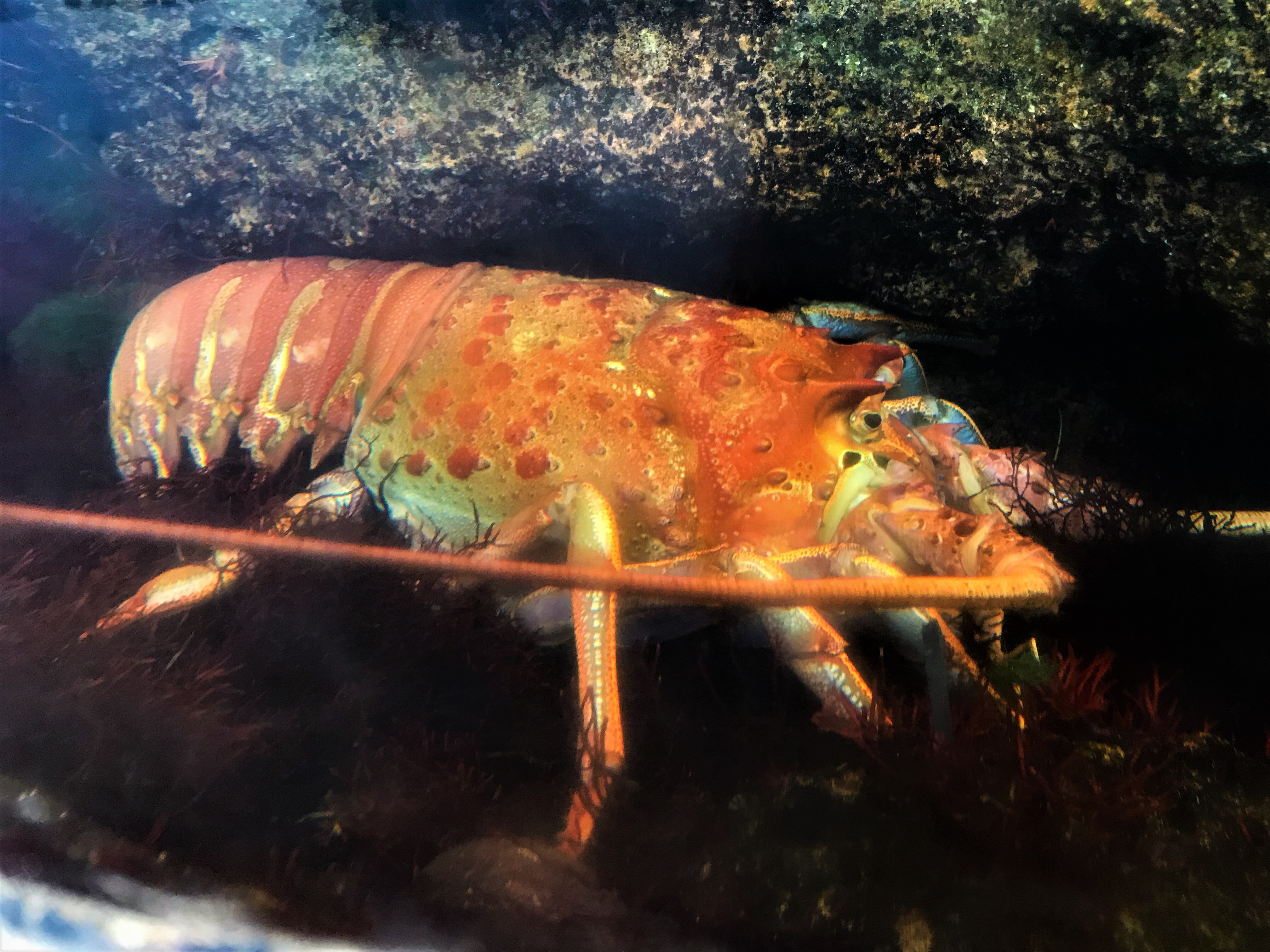 Rock Lobster : One of Southern California’s most sought-after delicacies is open for taking on Sept. 29

There’s something about the California spiny lobster that draws people out by the dozens the eve of the fishing season’s beginning.

Spiny lobsters (also known as panulirus interruptus in biology) are distinctly different than lobsters from the East Coast. The first contrast is that they don’t have claws; their main defense mechanism is their hard exoskeleton.

They’re long-lived as a healthy lobster can live more than 30 years.

In 2016, the California Fish and Game Commission set harvesting rules for the California spiny lobsters that mandates they can only be harvested during certain parts of the year. Spiny lobster season begins at midnight on Saturday, Sept. 29 and ends March 20.

Eric Martin, the owner of Lost Winds Spearfishing & Freediving in San Clemente, said for people who want to dive for the spiny lobsters, they should speak with their local dive shop or Department of Fish and Wildlife marshals before venturing into the spokes.

Martin said people should dive with a buoy and a flag for visibility for other boaters.

“You have to have a light and wetsuit, especially as it’s getting colder,” Martin said.

The lobsters can be found around 5 to 10 feet deep in water and as far down as about 150 to 200 feet. Martin said there are also boat regulations that limit the lobsters to five per person but 10 per boat each taking. On shore, people can take up to seven lobsters.

Allowable equipment for harvesting the lobsters includes hoop nets, which can be used on shore or boats. You can’t spear them or use any device to get them out of a hole when diving. Divers are only allowed to use their bare or gloved hand.

Anyone who fishes for spiny lobsters must have a device that accurately measures the species, or “lobster gauge,” according to the Fish and Wildlife website. Lobsters that are taken from the ocean must be at least three-and-a-quarter inches in length.

Julianne Steers, a marine biologist and the director of Living Collections at the Ocean Institute in Dana Point, said she goes diving just about every day to study marine life.

Steers said spiny lobsters will forage on a wide variety of foliage, sea urchins and even some fish that come their way, if they’re lucky.
“They’re primarily scavengers,” Steers said. “They’re relatively straightforward and have a hard exterior shell that protects the interior. They do shed their exoskeleton to grow larger, which happens in the summer months (during offseason).”

Locally, the lobsters are typically found around the San Clemente Pier and anywhere around Wheeler North Reef, the artificial reef that is being expanded 100 yards north toward Dana Point.

“Any rocky outcropping, they will find habitat,” Steers said, adding people can view spiny lobsters for themselves at the Ocean Institute.

For more information on the biology and regulations of fishing for spiny lobsters, visit www.wildlife.ca.gov/conservation/marine/invertebrates/lobster.