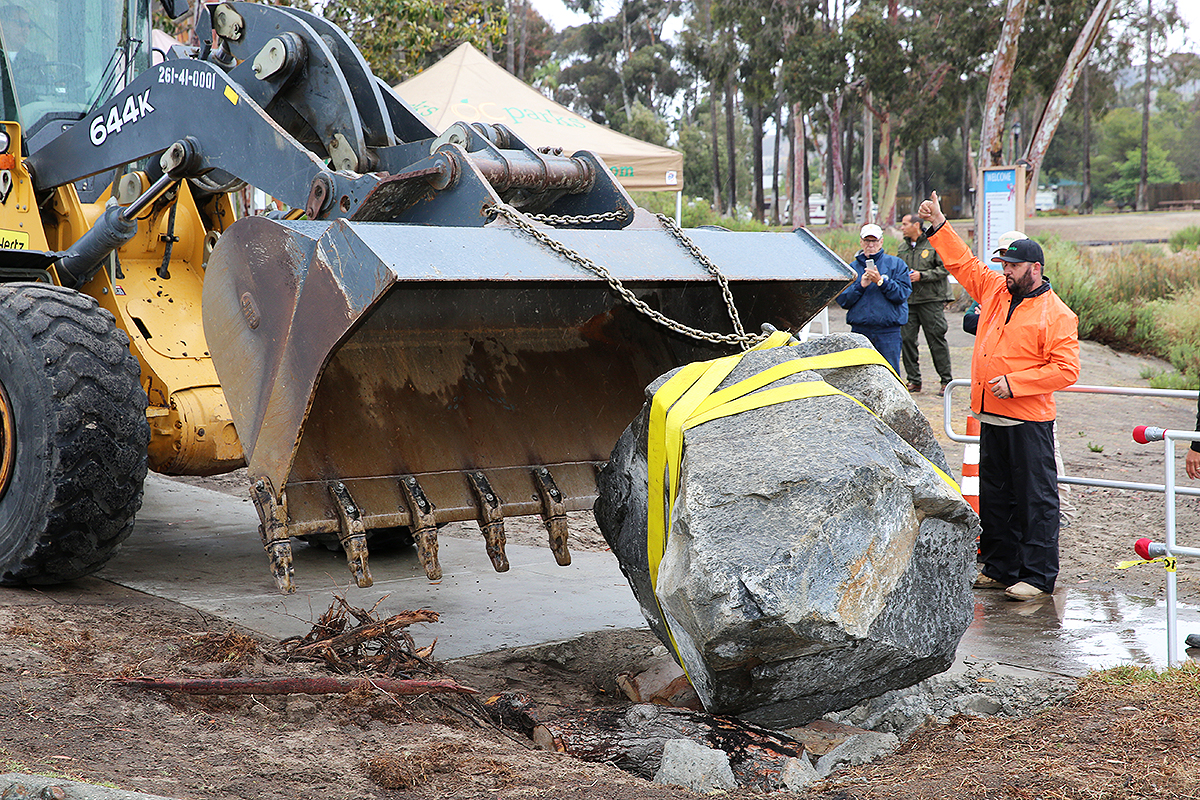 An 8-ton granite rock covering a time capsule that was buried in Dana Point in 1966 was moved at a recent ceremony in anticipation of the unveiling of the time capsule’s contents.

The time capsule—about 4 feet long and made of stainless steel—was buried almost 50 years ago, coinciding with the beginning of construction of the harbor. The rock on top of the buried capsule was chosen from those used to build the seawall.

The rock was moved by Orange County Parks in a small celebration that precedes a much larger commemorative ceremony and barbecue dinner on August 29—50 years to the day after the capsule was buried. Attendees of the 1966 burial were given free tickets to the August celebration, which will be at Baby Beach at 4 p.m. Dana Point Councilman Carlos Olvera said he’s already heard of ticket holders returning to Dana Point for the event, including Miss Dana Point 1966, Nancy C. Buenger, and Miss San Clemente 1966, Valeria A. Zagwolski. Olvera also anticipates the attendance of an Oregon man and a woman residing in Florida who both attended the original ceremony—as each other’s dates.

In the meantime, the contents of the time capsule are being catalogued by researchers at the John D. Cooper Archaeological and Paleontological Center in Santa Ana.

Reproductions of the 60-plus time capsule items will be on display at the August 29 event. The rock that served as the capsule’s cover will also be moved to Baby Beach.

All interested guests are welcome to attend, though a ticket is needed for the free meal.