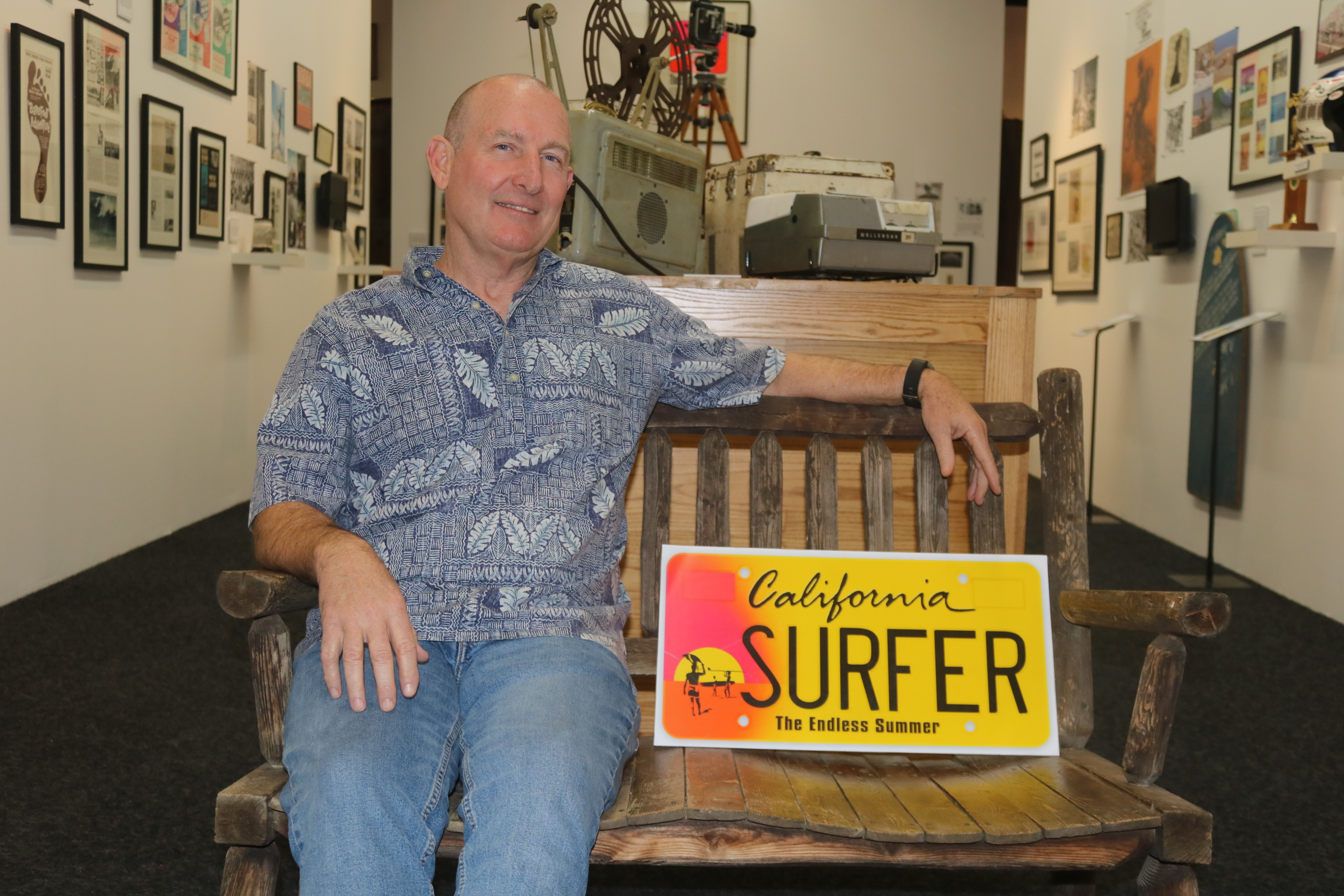 Released in 1966, Bruce Brown’s The Endless Summer spread surf culture throughout the United States and across the world in a way that was never seen before, or since.

Surfing Heritage and Culture Center (SHACC) Executive Director Glenn Brumage announced on Feb. 24 that he and SHACC will honor Brown’s creation, as well as honor the integral nature of surf culture in California, through a special interest license plate to hopefully be seen on cars throughout the state in the coming year.

The plate, which features original artwork by John Van Hamersveld, is officially licensed by Bruce Brown Films for use by SHACC on the special-interest plate. After receiving the necessary backing of a State Sen. Henry Stern of the 27th District and receiving support from a California state agency, the California Coastal Commission, the special-interest plate will reach the congressional floor as S.B. 1455.

Brumage explained that upon the plate receiving 7,500 signed pre-reservations, showing that an adequate amount of people want to purchase the plate, and the California State S.B. 1445 reaching the floor for voting, the plate will be evaluated by the California Highway Patrol and Department of Motor Vehicles for final approval for practicality and safety of the physical plate.

Brumage said he was very confident that the necessary 7,500 sign-ups wouldn’t be a problem, considering the abundance of surf history within California culture, as well as the assistance collaboration of the Petersen Automotive Museum in Los Angeles. The Petersen Automotive Museum recently announced that they will be distributing the sign-up information with their automobile enthusiasts.

Whatever funds received from The Endless Summer plate that come back to SHACC will benefit the organization’s public programming efforts. Along with curating their museum space, SHACC is focused on reaching out to the masses by growing their video, social media and multi-media production as well as their local educational programs.

Brumage and SHACC believe that The Endless Summer is not only a crucial part of California, but American and global culture in the late 1960s.

Brumage also noted that The Endless Summer was a crucial part of surfing being introduced into the Smithsonian in 2015.

“The Endless Summer, and the Brown family, were a large part of showcasing the importance and impact that surfing had on sports, on travel, on music, on so many aspects of American and global culture to the masses,” Brumage said. “It was the catalyst.”

Anyone interested in signing up to support SHACC and honoring Bruce Brown’s The Endless Summer by brandishing the special-interest plate may visit www.surfplate.com. More information on the SHACC and their programs and museum space can found at www.surfingheritage.com.