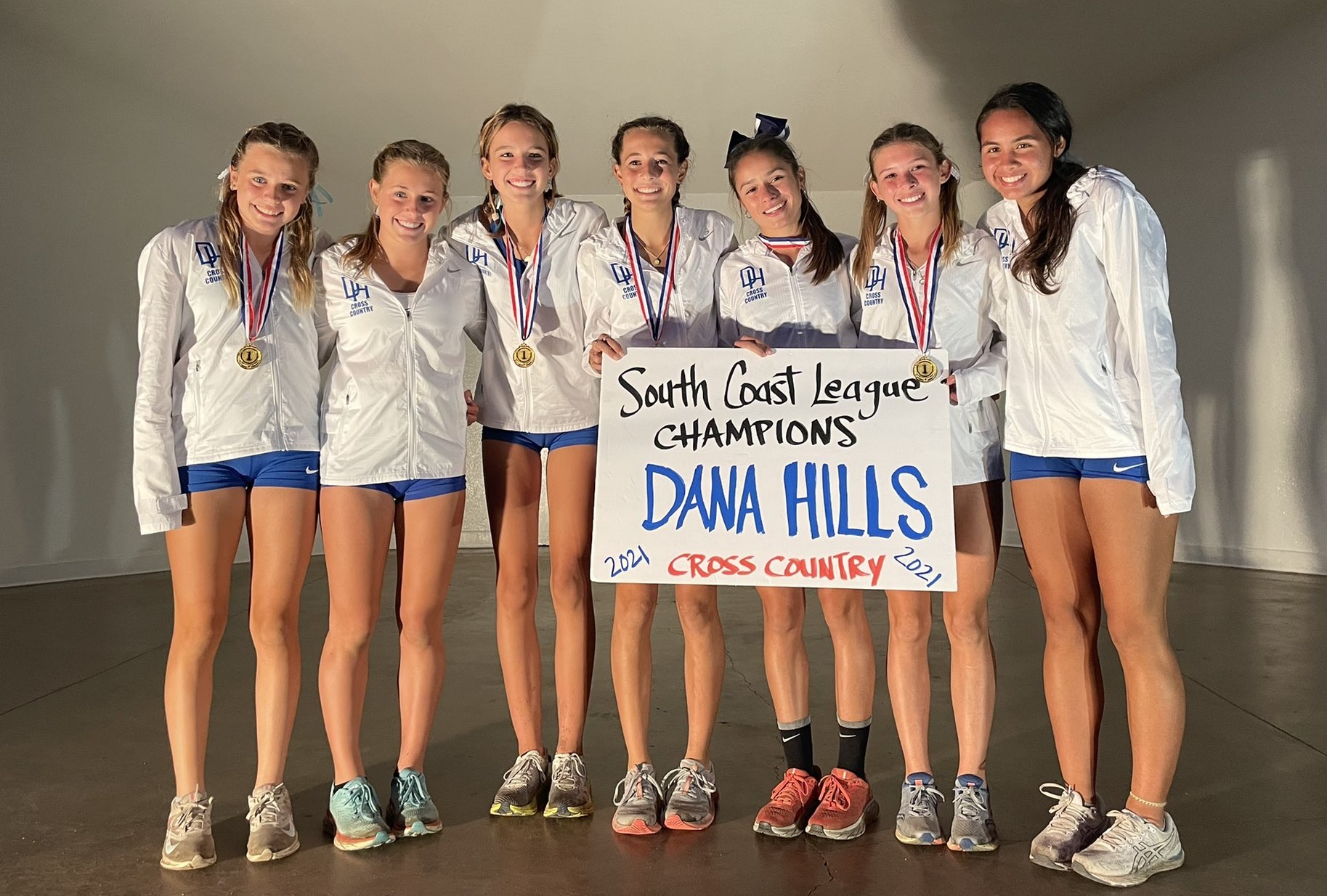 The Dana Hills boys and girls cross country teams easily made their way to the CIF-SS Division 2 Final with strong performances in the CIF-SS preliminaries on Saturday, Nov. 13, at Mt. San Antonio College.

The Dana Hills boys were once again paced by senior Jai Dawson, who finished third in his heat with a time of 15:51. The Dolphins didn’t run completely as a pack, but had a quick succession of finishers. Dana Hills had four runners in the top 13, with its fifth scoring runner in 20th. The Dolphins finished only behind Claremont, which placed four runners in the top eight and its fifth scoring runner in 18th.

The Dana Hills boys, ranked No. 8 in Division 2, have had a strong season highlighted by a second-place team performance at the South Coast League Finals and a fourth-place finish at the Orange County Championships. Dawson has been stellar, with an Orange County title, a win at the prestigious Mt. SAC Invitational—the same site as the CIF-SS preliminaries and finals—and a South Coast League championship.

The Dana Hills girls won their Division 2 heat by placing all five of their scoring runners in the top 24. Junior Allura Markow continued to be the leader for the Dolphins with a fifth-place finish at 18:44. The next Dana Hills runners came in as a pair, with freshman Annie Ivarsson in 16th at 20:06 and sophomore Paige Scheer in 17th at 20:13.

Sophomore Tessa Anderson finished 21st at 20:26, and sophomore Cooper Murphy was the last scoring runner for the Dolphins in 24th at 20:37.