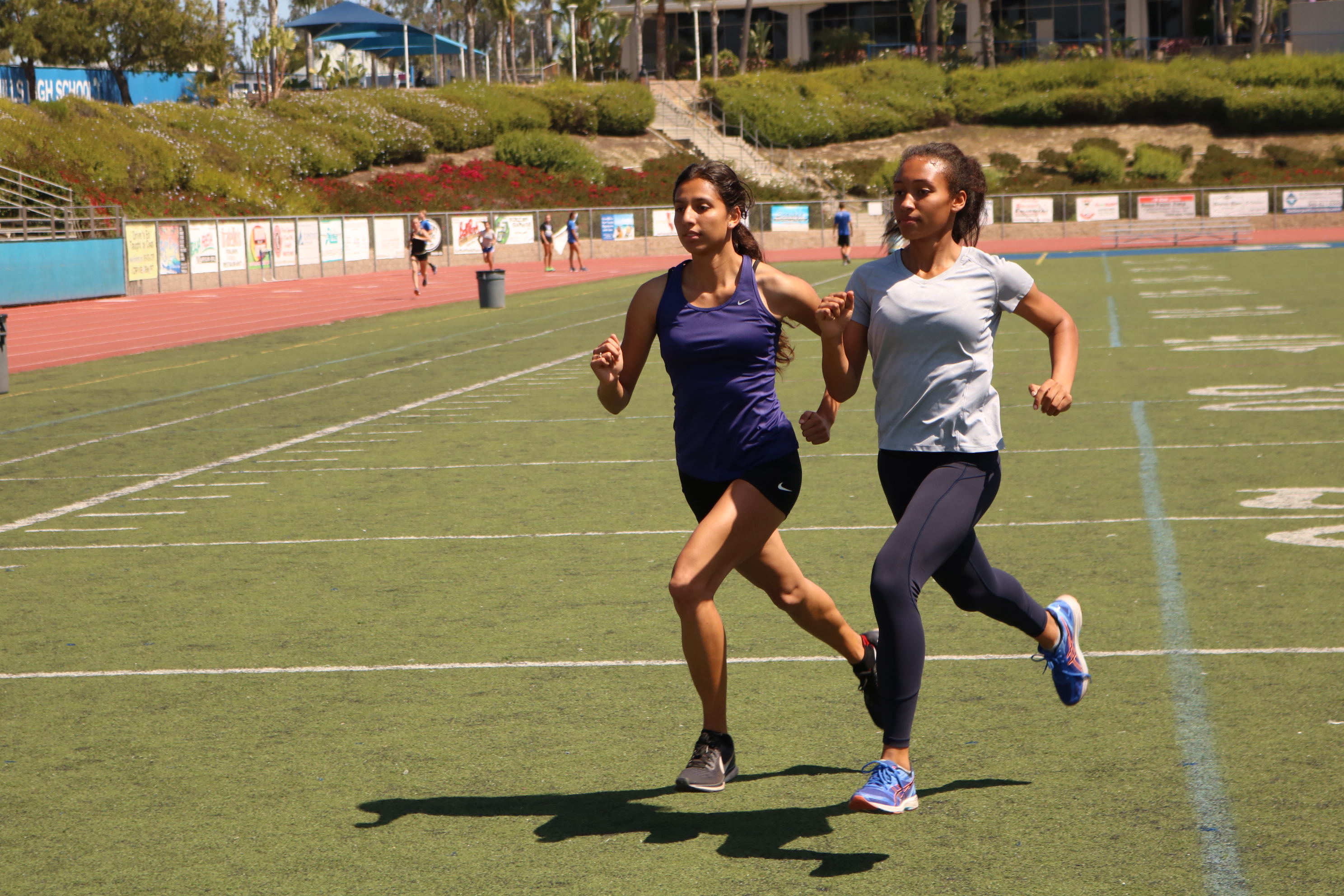 The CIF track and field postseason is a gauntlet.

One false move in a five-week stretch can end a season’s worth of work.

From league finals to CIF-SS preliminaries to CIF-SS finals to Masters, only two Dana Hills entries have survived and earned the honor of advancing to the CIF State Championships.

The Dolphins’ girls 4×400-meter relay team of juniors Hailey Ray and Ximena Bustos and sophomores Anisa Rind and Mia Lawrence along with senior thrower Max McKhann will compete in the 100th edition of the meet this weekend at Buchanan High School in Clovis. Preliminaries are on Friday, June 1 with the finals on Saturday, June 2.

Both qualified with strong performances at the CIF-SS Masters meet on Saturday, May 26 at El Camino College in Torrance.

The girls 4×400 team finished sixth with a time of 3:50.25 to advance to state for the second consecutive season. Bustos, Ray and Rind were all on last year’s 4×400 team that finished second at the state finals.

McKhann qualified to the state meet for the first time with a ninth-place throw of 169 feet, seven inches. Last season, McKhann made it to Masters but fell short in 12th place.

For McKhann, advancing to the state meet is the cap on a career-best season and the culmination of the senior’s high school career.

McKhann has posted seven wins in the discus this season, including a personal record of 179 feet, nine inches to take the Orange County Championships title on April 14 and the South Coast League title at 167 feet, eight inches on May 4. He has thrown over 170 feet twice, first at county championships and again at the CIF-SS Division 1 preliminaries with a throw of 170 feet even.

The girls 4×400 team has been the Dolphins’ most consistent unit of the season. The returning members of Ray, Bustos and Rind have run the relay together in every event this season, and Lawrence has run in the last six. The team also hasn’t had too much variance in their times with five of their eight times at 3:50 and a season-best of 3:47.68 at the Mt. SAC Relays on April 21.

With all four relay members returning next season, the Dana Hills girls are already on the way to being a truly elite contingent.