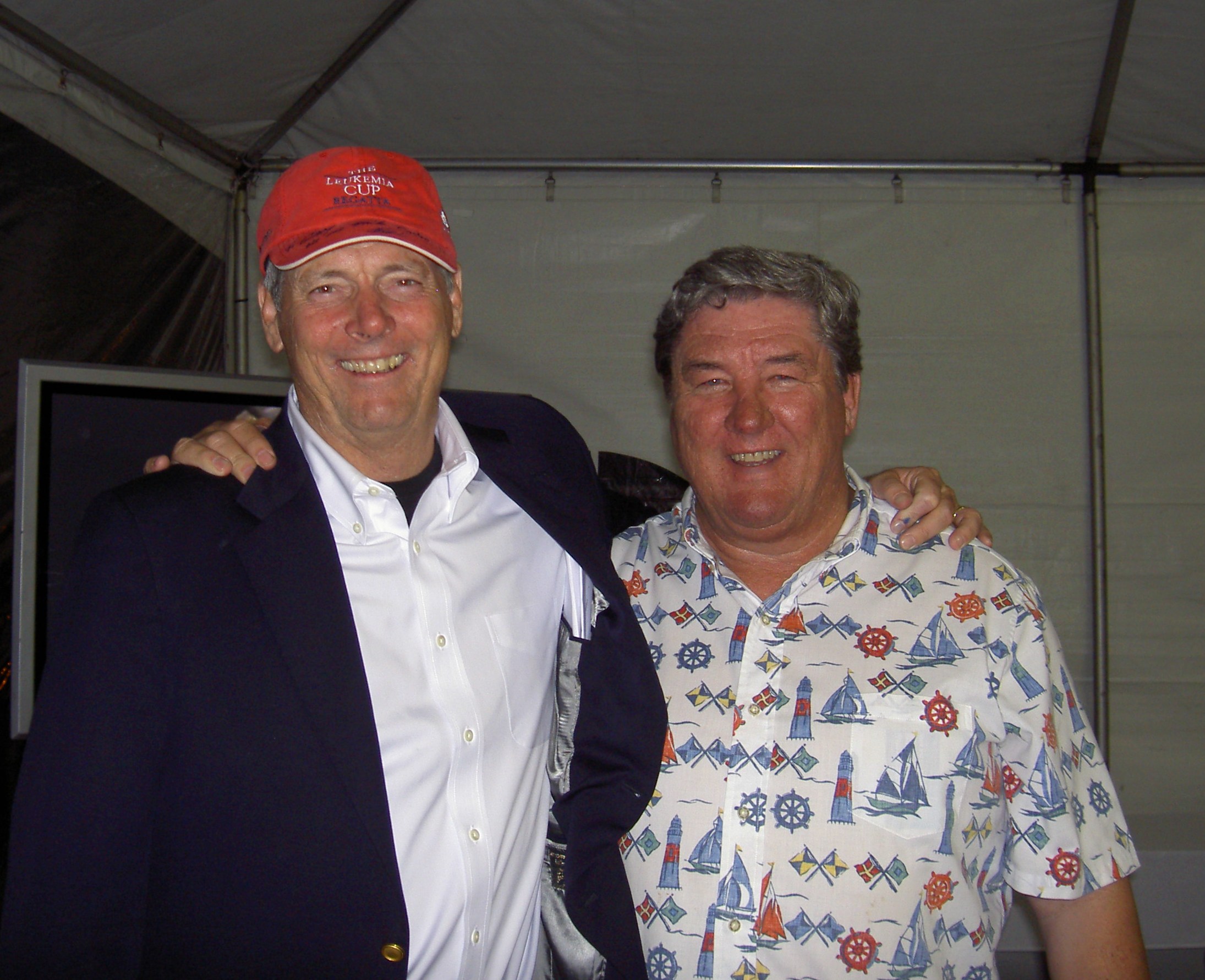 Lewy lived and sailed in Dana Point, chairing the Dana West Yacht Club’s Leukemia Cup Charity Regatta, and had, between 2007 and 2012, rode in the annual Swallows Day’s Parade through San Juan Capistrano.

Throughout his lifetime, Lewy worked in a variety of fields, from insurance to outfitting, where he owned and operated an outfitting and sleigh-ride-and-dinner business for 14 years.

“RJ Lewy loved being on the water,” Gary Jobson, the former U.S. Sailing president and a cancer survivor, said in a recent media release. “He was always looking ahead, curious about what might be over the horizon.”

“For 20 years RJ and I worked together raising funds for cancer research,” Jobson continued. “He was an effective fundraiser.”

Whether out at sea or at a charity fundraiser, one of Lewy’s strengths was always planning ahead.

Lewy was passionate about teaching, recruiting volunteers for race events and committees and bringing in potential sponsors and donors for his philanthropic causes. In partnership with the Yacht Club Staff Commodore Helen Hawkins, he brought the Leukemia Cup Regatta to Dana Point.

Traveling to different yacht clubs in the region, Lewy would teach members, sailors and race organizers how to successfully host a fundraising regatta.

In 10 years, Lewy and Hawkins raised more than $1 million for the Leukemia Foundation, which celebrated its 25th anniversary this past May.

“Although we will never know the names of the recipients of cancer treatments who benefited by the research, many people know it was RJ Lewy that made a difference,” Jobson said. “I will always think of him at the wheel of a boat with a smile.”

A burial at sea followed by a memorial celebration of life at Dana West Yacht Club is planned for Nov. 19.