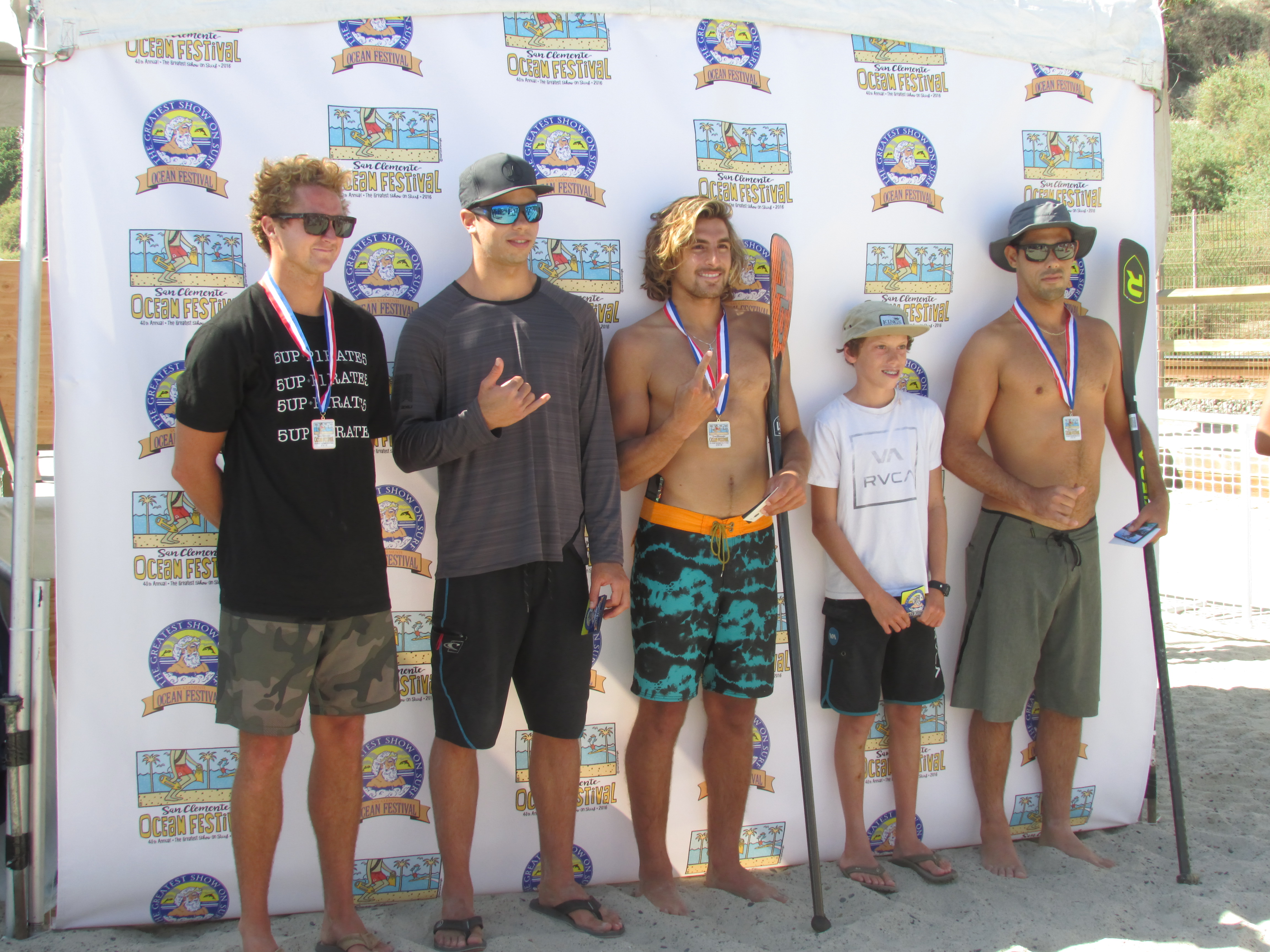 Rising to the Occasion: Stand-Up Paddle Contestants Battle it Out at Ocean Festival

From surfskis to SUPs, there was a plethora of surfing this weekend as Ocean Festival participants enjoyed warm weather and clear skies.

One of the main events held Saturday July 16 was the sixth annual SUP surfing contest, where men and women can compete in their respective divisions for SUP glory: SUP open women’s, SUP men’s 39 under and SUP men’s 40 over.

Leading the first round of heats for 39 under was Anthony Maltese, Jedd Hasay and Haakon Hoyer-Nielson, while Drew Brophy, Byron Kurt and Dave Boehne lead the men’s 40 over.

Boehne said this was his first year competing in the SUP men’s over 40 event. Boehne  is well-known in the Dana Point community for designing and shaping Infinity surfboards and SUPs.

“It was fun being the ‘young’ guy in the division,” he said. “I’ve competed in all of the Ocean Fest SUP surf competitions except one.”

Boehne said he got into SUP naturally because he loves the ocean and finds it as another means to enjoy it.

Giorgio Gomez, Izzi Gomez’s brother, was a tough competitor in the 39 under final round. Also known for competing in the Stand Up World Tour (SUWT), Gomez said this was his second year competing at the Ocean Festival. Gomez has been a San Clemente local for two years now after living in Florida, and said he enjoys the consistency of California surf, and hanging out with the Infinity guys.

Heading into the final rounds of the day proved a little more difficult as competitors had to paddle out against wind and choppy surf. The announcers commended the participants for making the most of each wave despite trying conditions, as they each needed at least three waves for the judges to score in the finals.