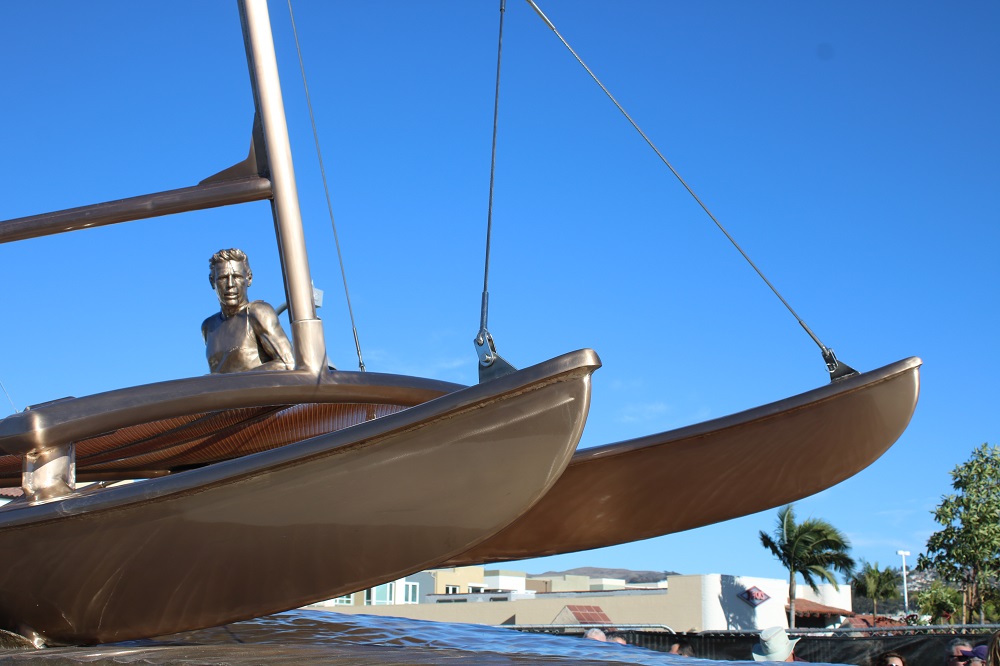 A ribbon-cutting ceremony was held for the unveiling of the Hobie Memorial statue for Hobie Alter on Monday, Dec. 3.

City officials, members of the Hobie Memorial Foundation, representatives for South Cove developer Zephyr, as well as friends and family, all gathered near the statue’s installation on Pacific Coast Highway near the intersection with Camino Del Obispo.

Alter passed away at age 80 in 2014. Soon thereafter, those close to Alter set out with an initiative to commemorate his legacy with a statue.

“I’m not sure how my father would feel about this. He didn’t care much for accolades. He’d be more concerned about the design of the boat,” Hobie’s son, Jeff Alter, said at the ribbon-cutting. “But I know he’d be proud of this design. It’s unbelievable to see this incredible memorial for my father today.”

The Hobie Memorial awaits a few last-minute details to be finalized before it is ready for public viewing. It’s the first monument erected for Watermen’s Plaza. The park will pay tribute to local icons that contributed to the surf industry.