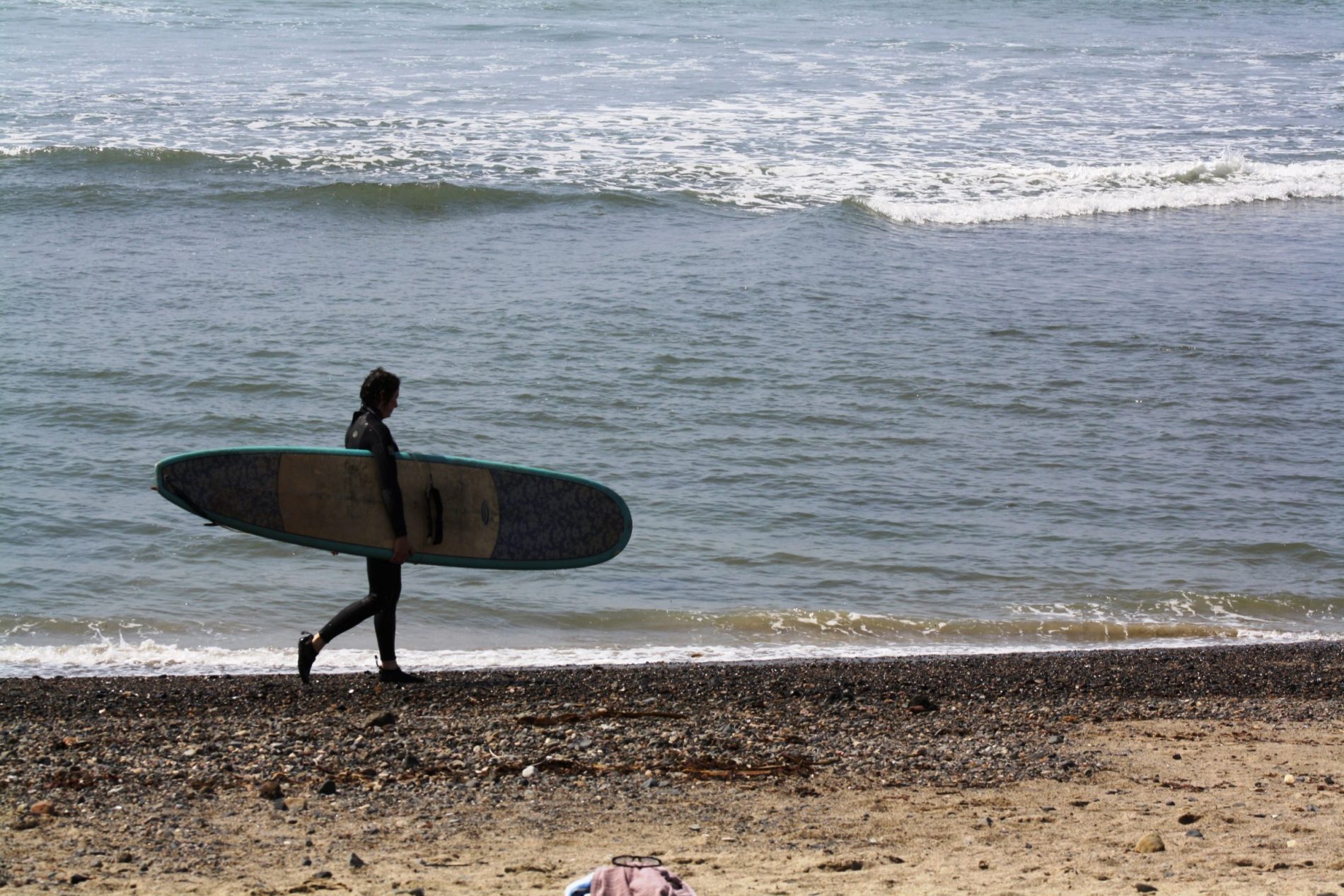 The winter surf season sure started with a bang, but it hasn’t been much more than a whimper lately

A couple of months ago, we ran an article dissecting the winter surf outlook. We were just coming off of a couple late-season south swells and a stacked North Pacific. As we faded into mild La Niña conditions, it appeared we might be able to coast through winter relatively styled with a steady stream of surf. Thanksgiving was greeted by the bliss that is Santa Ana winds and a healthy west swell. We all had good reason to be surfed out by the time November ended. Consider this a change in course.

December started a bit slow in South Orange County, but flat spells typically don’t last forever. Then came the Winter Solstice with still no sign of surf. Then Christmas and still nothing. How’s one supposed to manage the stress of the holidays without a wave or two to break up the angst?

For over a month, the surf’s barely hit hip high. A sneaky swell snuck under the radar a couple days before New Year’s, but it was quickly overtaken by another round rain and wind storms. So here we are, it’s 2017, and as my friend Shawn Parkin, the photo editor over at The Surfer’s Journal, reminded me yesterday during our weekly Pilates stretch, “Get ready for it to be flat for another three weeks.”

Ugh! The New Year was supposed to start off with a bang. Instead, as I write this, there’s something called an atmospheric river bearing down on California. It’s bringing a lot of rain and, again, zero swell. All of this has me pondering my outdoor entertainment options for the rest of the winter.

“You can always drive up to Jalama if you’re fiending,” notes Parkin of my surf options.

And he’s right, heading north past the Point Conception bite is the only way to find an overhead wave right now. Over Christmas, Kolohe Andino loaded up his van, took to the road and scored an epic day at Ocean Beach in San Francisco. He may have broken his 7-foot-6 gun that Matt Biolos shaped for him, but at least he was surfing. He then headed further up Highway 101 with his San Clemente bandmates Luke Davis and Ian Craine. Wrapped in six millimeters of rubber, they indulged in the wilds of the Oregon coast while everyone back home was bogging at T Street.

Surf writer and filmmaker Sam George used to say, “I’m heading north, where a man can be free.” And to be sure, if you want to surf in January you better gas up the rig.

But there’s certainly more to life than riding a few waves. Thanks to said atmospheric river, the local mountains are getting dumped on. As I write this, Mammoth Mountain has just received a good two to three feet of new snow—“and that’s just the beginning,” says the resort. If you made your way up there over the holidays, chances are you ran into a friend or two from San Clemente or Dana Point, but the season’s really starting to crank now. And even more locally, Bear Mountain has a healthy base and may also get some new snow at the end of the week. So if you can’t surf in the ocean, there’s always snow surfing, which isn’t a bad alternative.

For those that are still believing in their New Year’s Resolution to get fit, there’s nothing like a flat spell to keep you focused. Stand-up paddle sessions around the Dana Point Harbor or out around Seal Rock are a great way to keep your feet in the water even if the waves are lapping at your ankles. A walk or run down the beach trail in San Clemente is another good way to stay close to the sand when the swell’s subpar. And should you find yourself with a free afternoon, check out the newly renovated Ole Hanson Beach Club. It’s a great place to swim some laps and embrace old-school nostalgia as guys like Duke Kahanamoku and Johnny Weismuller used to train there. After all, we do live in a beach town and just because the surf’s flat doesn’t mean we can’t enjoy having the Pacific at our doorstep.

San Clemente and Dana Point has never been the epicenter of winter surfing in California, but it’s starting to get a little ridiculous around here. Thankfully there are options; all you have to do is step outside and find something to do.

Editor’s Note: A previous version of this story appearing online and in the Jan. 6 print edition of the Dana Point Times featured a photo taken by Tony Tribolet without proper credits. The photo has since been removed.